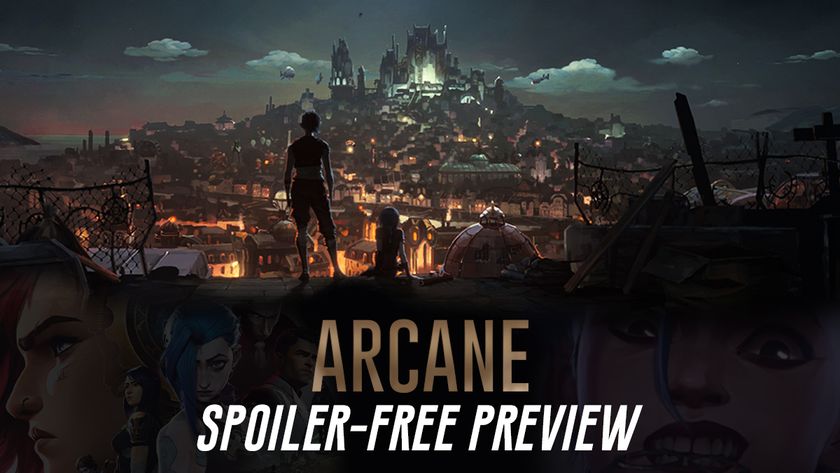 For all the pomp and circumstance that surrounded the release of Arcane, has it has lived up to the hype so far with its first three-episode arc?

League of Legends is arguably one of the biggest, if not the biggest, esports MOBA video games right now. Launched in 2009, LoL has since risen through the ranks to become one of the most played video games of all time. The League of Legends World Championship is another aspect of Riot Games' ascendence to greatness in the esports industry. The recently concluded Worlds 2021 had a peak viewership of four million, according to Esports Charts. These sort of numbers show just how many people are tuned in to both Riot and LoL. To capitalise on a decade's worth of fans and supporters, Riot announced its first original animated series titled Arcane back in 2019, based on the lore surrounding the game.

Fast-forward two years later and the hype train for Arcane increased ten-fold when streaming giant Netflix picked it up to air as part of its ever-growing Original Series collection. Riot also pulled out all the stops for the global premiere of Arcane, introducing the Hextech expo in six cities across the globe to talk more about the series. With the series already out on the streaming service with three episodes for Act I, it has shot Arcane up the Netflix 'Top 10' rankings to the number spot on 38 different countries according to Flix Patrol.

Fortiche Productions are the animation studio responsible for how Arcane looks and feels with the French production house working with Riot on many other music videos in the past. Fun fact, Fortiche Productions has also worked with music artists like Gorillaz as well as brands like Marvel Studios and Converse. With that sort of resume, it's easy to see why Riot decided to stick with them for Arcane. The animation style featured a comic book-like look and feel but with added distinction and texture to give it a slight grain for more realism.

The artwork almost looks hand-painted at one point, showing the amount of detail that goes into producing a nine-episode series. The steampunk-like setting also fits into the entire narrative that Arcane has got going for itself, especially with the characters that they've brought on board. Fans of League of Legends will recognise many of these familiar names like Vi, Jinx, Caitlyn, Jayce, Viktor, Ekko, Heimerdinger, and Singed, all of whom make up the ever-growing lore surrounding the game.

The tale of Arcane starts with two sisters, Vi and Powder (also known as Jinx) who reside in the seedy underworld known as Zaun. They are backed up with a great supporting cast, which includes the likes of Mylo and Claggor. There's also Vander, the adoptive father figure of these kids who is also a prominent figure in the underground city. And then there's Piltover, a progressive city that is known for its academia and science. It's here where we get the second plotline of Arcane that revolves around Jayce and Viktor, who are on the verge of a breakthrough that merges magic with science into one.

Without revealing too much to spoil it for anyone who has yet to watch Arcane, it is an explosive story (you'll get what I mean!) that will tug at your heartstrings from the get-go. There is an emotional connection that draws you in caring for these characters, something the writers have done very well to showcase. The pace of the story is also well-defined, allowing you to understand what's going on without overfeeding you all the lore that comes with it.

Seen very much like a comic book superhero origin story, Arcane shows us all our favourite characters that grace the Summoner's Rift onto the silver screen. We also see the likes of Caitlyn, Heimerdinger, Ekko, and Singed also make their appearance in the series, foretelling that there's something bigger at play if you follow the stories of their origins closely. With all three episodes now available, fanatics will have to wait a few more days to find out what happens to Vi, Powder, Jayce, Viktor, and the rest of the crew. As confirmed by Riot, the story is told in three folds with Acts II and III taking place several years apart from one another.

What does the future hold for the original storytelling of video games?

We've seen many video game stories come to life but almost always crash and burn. However, if the past few years have been any indication, it's that Hollywood finally understands how to feed a video game story to the mass public. The Witcher is one key example with the story extracted from one of CD Projekt Red's most popular AAA titles. We also got to see Valve's very own Dota 2 animated series Dragon's Blood. With both shows already being renewed for extra seasons with Netflix, it wouldn't be at all surprising to see Arcane get the same treatment soon given the public response since its launch.

It wouldn't be all that surprising if we were to get an animated series for Valorant in the future as Riot has already fleshed out the lore for it as well. Respawn and Apex Legends could also jump into the mix in the future with many of its characters having decent origin stories that could make for good viewing in the future. While it remains to be seen if this could be the case, the likes of Dragon's Blood and Arcane are paving the way for the future. It's also very much in tune with how Dota 2 and League of Legends open new doors for the esports world.

Did you enjoy Arcane so far?