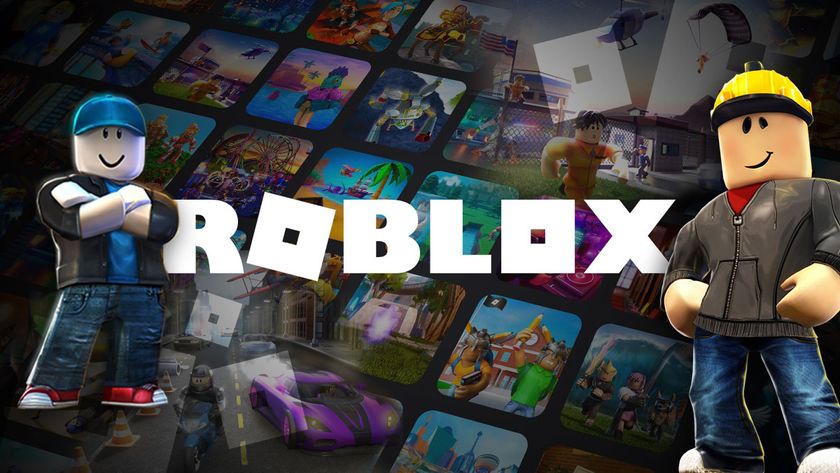 I spent a week playing Roblox and here's what I learned

We played Roblox for a week to see what all the fuss was about. It’s a nice place to visit, but we wouldn’t want to live here.

In case you haven’t heard, Roblox is pretty popular. The multiplayer social gaming platform is one of the most-played video games in the world right now. It has skyrocketed in popularity over the pandemic when children flocked to the game in droves. In April 2021, the game hit 202 million monthly active users. And just last year, Roblox was the fourth highest-grossing mobile game, raking in US$1.3 billion. It’s no Genshin Impact, but it’s certainly in the big leagues.

If you have kids or know anyone who has kids, there’s a big chance that you’ve heard of Roblox. More than half of all children in the United States are estimated to have a Roblox account, and its popularity does not falter across the globe. Seeing as the player base predominantly consists of children (according to Backlinko, 67% of users are under the age of 16), I would only hear about the game whenever it made headlines for its shady revenue stream or controversial user activities.

As time went on, however, the general sense of curiosity I’ve had about Roblox has given way to unbridled frustration. My little cousin plays the game and constantly raves about it whenever I visit, and her adoration for the game is painted on her face, clear as day, every time. What the heck is a Roblox, and why do so many kids out there love it? To figure out its appeal, I played this strange online game creator for a week straight and documented my descent into madness for your reading pleasure.

What the heck is a Roblox?

Fair question. Roblox is an online multiplayer game platform that hosts more than 40 million unique games for users to jump into. Roblox also doubles as a game creator, which means that these 40 million games are churned out by the game’s players and not its developers. Due to the simplicity of its visual style and a never-ending list of games to play, one can see why Roblox has proven to be so addictive. It resembles a social media app in some ways - both creators and players can engage with one another.

Roblox’s biggest appeal is the fact that it’s a social game. During the pandemic, kids were logging on to host birthday parties that weren’t possible in the real world. You don’t have to play with friends, either. You can wander around hub worlds and chat with strangers. You can then follow them around and add them to your list of friends to continue playing with them later on. This is nothing new in the world of multiplayer gaming, but unlike Fortnite or League of Legends, the appeal of Roblox lies in its social aspect more so than the thrill of a hard-earned victory.

Roblox is a community-driven game. It’s filled with a chaotic variety of mini-games with varying levels of depth. While the most popular tend to be pushed onto the game’s home page, one can find lots of hidden gems depending on how deep they’re willing to go. At the peak of Squid Game’s popularity, for example, a Squid Game-themed title became popular on Roblox for reenacting the minigames seen on the Netflix series.

This mini-game has over 700 million visits in the app, which might lead you to think: “Good lord, that’s a lot of engagement.” Oh, my sweet summer child. Let me introduce you to a game more representative of Roblox’s average player count: Brookhaven RP, which has seen 16.2 billion visits to date. Something else you should know is that Roblox has microtransactions in the form of a virtual currency called Robux, which are paid for with real money or by generating hit games on the platform. You use Robux to get cosmetics, play certain minigames or play on private servers. No wonder the game’s so high-grossing, eh?

Jumping into Roblox for the first time

Now that you have some background on what exactly Roblox is, let’s jump into what it’s like to play the game. Upon booting up Roblox, the first thing you’re asked to do is create a character. Character creators are my absolute jam, so I was more than happy to invest time into making my blocky Minecraft-like character look good. Upon exiting the character creator, however, the game hadn’t saved my changes and I was stuck with the default character again. Precious minutes of progress lost. Minutes! I swallowed my ambitions and decided to stick with the default character for now.

Roblox initially let me down. That isn’t necessarily the game’s fault, because I came into it with all the knowledge of its immense success - and because of that, probably expected more than it had to offer. The game’s blocky visuals might seem lacklustre, but it must possess some level of polish to show for the billions it has made. All that success has to go back into improving the game at some point, right? Apparently not. I can’t say that Roblox is a broken mess of a game, but its homepage certainly isn’t as user-friendly as I expected.

Unless you’re willing to spend Robux, picking free cosmetics for your character to wear is a nightmarish episode of filtering through clothes and switching between screens. To make it even better,it wasn't even particularly appealing. There is a ‘Home’ page and a ‘Discover’ page but the difference between the two isn’t immediately clear. Both are filled with an exhaustive list of minigames to try. Media Molecule's Dreams is a very similar game to Roblox, but I found it a whole lot easier to navigate. Dreams waste no time teaching you to either play or create games and even displays a handpicked selection of great games for players to try.

There is a sense of curation in Dreams that is missing here. In Roblox, the onus is on you to sort through this mess and pick out the few games that actually stand out from the rest creatively. Games are sorted into categories like ‘Most Engaging’ or vaguely titled genres like ‘Platformer Obby’. At first glance, your best bet is to look at ‘Top Rated’ or ‘Most Engaging’ games, but this is by no means a shortcut to the good stuff. Roblox favours quantity over quality, which means that finding fun games to play can take some work.

It is an interesting way to tune into what’s trending with the younger generation, though. One of the most popular games I was first greeted with was an axolotl pet simulator, which was a big eureka moment for me: A-ha! So that’s where my little cousin’s sudden obsession with axolotls came from. Good to know.

Let's talk about those games

Roblox’s appeal is not lost on me. It contains a multitude of mini-games that cater to different types of players. The first few games I tried seemed interesting but turned out to be no more than grindy, clicking simulators. For example, one pet simulator had me repeatedly click on mounds of gold dug up by my pets so I could buy eggs, which would then hatch into more pets, so I could get more gold. Another game was just about punching things. You just walk around a featureless map filled with anime-inspired characters like Demon Slayer’s Rengoku and punch him. Seems a bit cruel, but I’m sure there’s a niche there.

I was on the verge of writing this game off entirely, but after giving a few other mini-games a shot, everything clicked into place. One role-playing game puts you in a Sims-like neighbourhood where you can interact with other players and build up your own home. You can even purchase a pet (there were more than 50 to choose from) and ride vehicles around town. There was a GTA Online-like appeal to wandering around town on a scooter and watching a car barrel into a waterfall on the other end. Simple multiplayer fun. Another game that impressed me was an anime fighting game where players send out fighters on their behalf, recruit new ones and battle with abilities. The gameplay loop of earning currency and spending it on new fighters was surprisingly addictive, and it even had animated cutscenes and a whole town to explore.

It’s important to remember that these games weren’t made by Roblox Corporation. They were made by a community of creators clearly passionate about their craft, and it shows in all the little things. Whether it’s the layout of an open-world environment or fleshed out game mechanics, these up-and-coming programmers are making full use of the platform as an outlet for their creativity. Video games about making video games are nothing new, of course. Nintendo games like Super Mario Maker 2 and Game Builder Garage are fun platforms to learn the basics of game design and interact with your players. Dreams hit the same sweet spot.

The only difference between Roblox and the aforementioned games is that Roblox is free-to-play, and has found an audience with a lot of free time on their hands. It’s also a lot more accessible, given that you don’t need to purchase a gaming console to play it. All you need is a phone or a tablet to access a massive library of games free of charge. Visually and mechanically, Roblox does not look or play like the fourth highest-grossing game of 2021 - especially considering that Genshin Impact hovers right above it in third place. As it turns out, Roblox doesn’t need to match the quality of Genshin Impact. It doesn’t even have to come close.

Roblox does have a dark side. It tells new players that they can get rich quick by making popular games, seeing as game creators get a cut of the Robux spent on their games. However, trying to make a popular game is a lot like starting a TikTok account and immediately aiming for a million followers. There is a wealth of content here, and kids are going to have to work really hard to make their games stand out from the rest. Roblox has been accused of exploiting young children because of this, and in other cases drew controversy due to mature user-created content. Ethically, this game comes painted in very dark shades of grey.

Diving into Roblox like this has been an educational experience. The chances of this game drawing in users older than the age of 16 are slim at best, considering its poor visuals and often repetitive minigames. The game is having its time in the sun right now, but that success comes across as something Roblox Corporation stumbled upon rather than earned. A game this big should not come with these many problems, nor should it rely so much on quantity rather than quality - but who am I to criticise these developers for it?

Do you know anyone who plays Roblox?