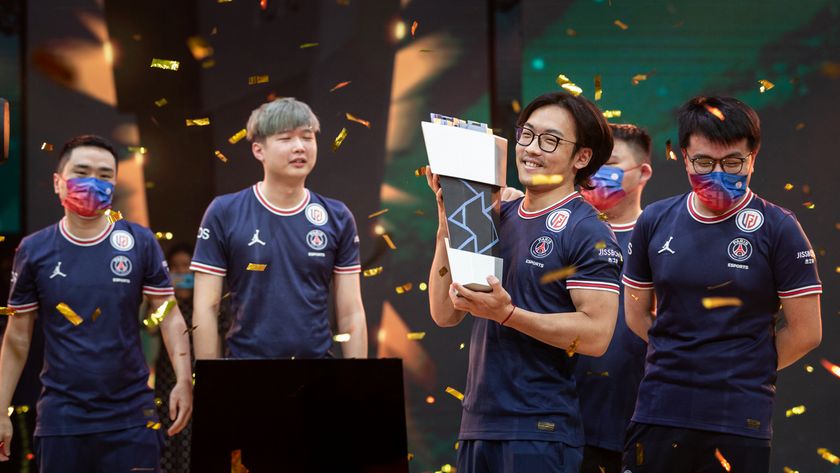 At the end of five days packed with matches, Riyadh Masters concluded with a rematch of the TI 10 grand finals, but in a best-of-three set-up.

Riyadh Masters marked the first LAN appearance for PSG.LGD since The International 10. Nonetheless, after nearly 10 months of playing exclusively online in the Chinese region and a rather rough third Dota Pro Circuit Tour, China’s most constant team came ready to dismantle the competition at an international LAN.

PSG.LGD were one of the two Chinese teams invited to the $ 4,000,000 tournament from Saudi Arabia's capital city, but although they came at Riyadh Masters after placing fourth in the DPC Summer Tour, while Royal Never Give Up took first place in the Chinese league, they had an almost flawless performance.

Team Secret were the only ones able to take a series from PSG.LGD, but that happened in the group stage. However, that one loss pushed the Chinese team to second place in their group and got them seeded in the single elimination playoffs bracket quarter-finals, while Team Secret were rewarded with a semi-finals seed.

Interestingly enough, 3 of the top 4 teams at Riyadh Masters came from Group B.

PSG.LGD’s adversary for the finals were Team Spirit, who also had to play the entire playoff bracket. On their way to the finals, Spirit took out RNG and Team Secret, while PSG.LGD eliminated Nigma Galaxy and OG before reaching the finals.

Coming into the finals, Team Spirit were already defeated once by PSG.LGD, who took them down 2-0 in the group stage in under one hour with two Lone Druid drafts. The hero was never drafted by PSG.LGD outside their encounter with Team Spirit, which is perhaps why the latter didn’t feel the urge to ban it in the first game of the finals. Instead, they targeted with their bans some of the signature heroes for PSG.LGD and a few meta flavours, such as Zeus and Puck.

But, what the Chinese team had in mind was a high tempo game with plenty of lockdowns and great engaging tools provided by an offlane Brewmaster and a mid lane Pangolier. Superior vision has been the key for PSG.LGD for the entire event and the finals made no exception. Always careful to have vision behind the enemy mid tower and in the opponent’s triangle, PSG.LGD were able to make precise movements around the map, contest stacks and force team fights on their terms to end the game with a 20k gold advantage around the 30 minute mark.

Headed into the second game, Team Spirit decided they had enough with the pressure that Lone Druid can apply. But banning it only opened the door for another tempo line-up from the Chinese team, who claimed the victory at the end of a one-side Alchemist second game.

PSG.LGD walk away with $ 1,500,000 for their effort and take their first LAN trophy of this year just about just a week before they are set to also play at their first Major of 2022.

Did you expect PSG.LGD to claim the Riyadh Masters championship title?

Analysis of the 7.31d Dota 2 meta based on the games from DPC Tour 3