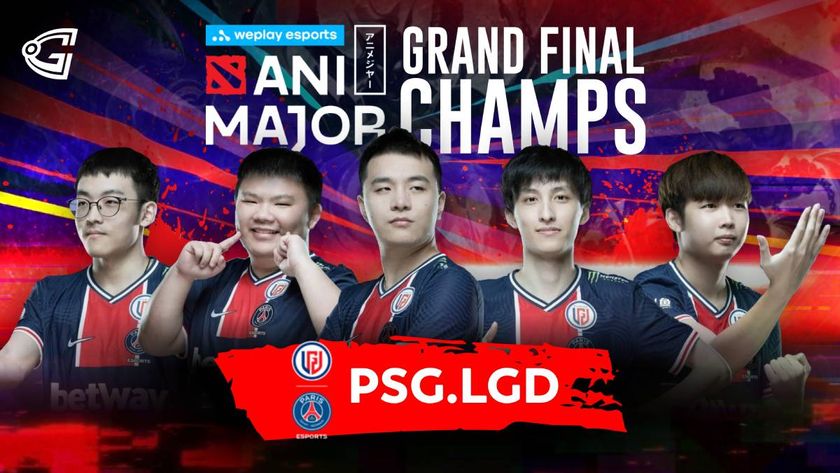 PSG.LGD Gaming clean-swept Evil Geniuses in the grand finals of WePlay AniMajor to take home the trophy of the last Major of the 2021 Dota Pro Circuit.

With Azel "Abed" Yusop asserting total domination over the teams that faced EG in the lower bracket with Puck, PSG.LGD came to the grand finals unwilling to take any chances with him on this specific hero, and although their bans targeted mainly Daryl Koh "iceiceice" Pei Xiang, Abed got his respect ban in all three games.

While Puck and Broodmother where the first two bans coming from PSG.LGD in all three games played, Artour "Arteezy" Babaev’s Terrorblade was also sidelined in game one by the Chinese team, who forced EG to bring a different kind of draft while they first picked their staple Axe in the first phase. EG tried to impose a fast tempo game with Artour on Nature’s Prophet and were confident that they could shut down Wang "Ame" Chunyu’s carry Axe with a Timbersaw. However, they got outclassed from the laning stage, as Ame had Vanguard-Manta Style-Blink Dagger completed by the 15 minute mark and went on to completely demolish EG.

After getting stomped in game one, EG looked for more of a global map presence with Ancient Apparition, Nature’s Prophet again and a mid lane Storm Spirit. The Terrorblade was picked in the first phase by PSG.LGD, who had to play from behind for 40 minutes. EG’s trio caught them everywhere on the map, but wasn’t strong enough to breach the high ground. A tier three tower defense in the bottom lane at the 38 minute, where the AA ultimate didn’t catch Ame’s Terrorbalde, allowed PSG.LGD to mount the comeback.

A couple of minutes later, PSG.LGD also won a team fight around the Roshan’s pit and that marked their full recovery to push EG against the ropes with a 2-0 lead in the bo5 grand finals.

Headed into the third game, PSG.LGD let EG to have both Terrorblade and Templar Assassin, only to counter them by switching their first pick Axe to the offlane and take Naga Siren in the final pick of the draft. They had the push power with a mid lane Death Prophet and the late game superiority with Naga, but the game didn’t go that far. EG were once again outmaneuvered and ultimately outclassed by PSG.LGD’s flawless coordination and were forced to call the GG at a 30K gold deficit.

WePlay AniMajor concluded the 2021 Dota Pro Circuit. Later this month all those who have fought through upper and lower regional leagues and haven’t claimed a spot at The International 10 yet, will get a final chance at redemption in the closed regional qualifiers.

Did you expect the AniMajor grand finals to go 3-0?

Fear joins Thunder Predator as coach for The International 10

Twelve teams have earned a spot at TI10