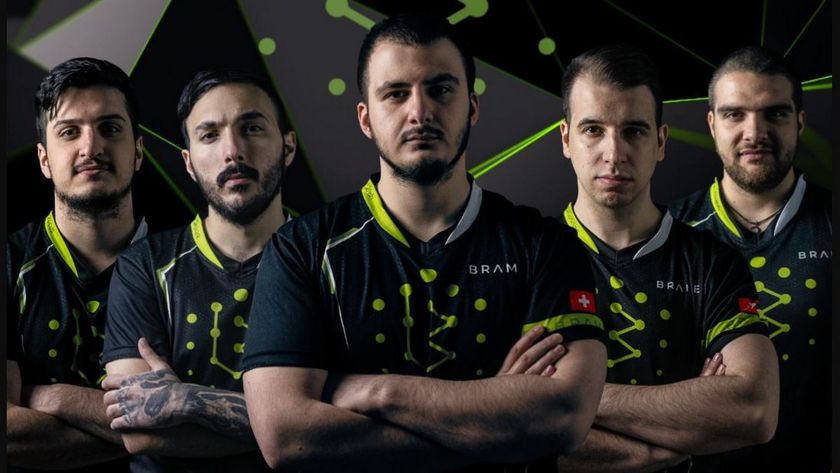 Alliance’s win streak in the Dota Pro Circuit Europe league has been ended by Brame, while OG’s chances at finishing in the top two got slimmer after losing to Tundra Esports.

Week four in Europe DPC league upper division started in an explosive way. OG were looking to climb the ladder and get closer to a secured ticket to the second Major of the year. However, their continuous desire for fights is exactly what got them into trouble when pitted against Tundra Esports.

First match of the series went OG's way courtesy of Topias "Topson" Taavitsainen’s clutch plays in the mid lane on Pangolier. His early advantage allowed both his Phantom Lancer and Centaur Warrrunner to take their time with the farm and show up for big team fights on their own terms. Tundra chose to reveal an early Broodmother pick for Neta "33" Shapira, but OG were more than prepared to face it and played around Tundra’s timings.

Nonetheless, after making the GG call in game one just as Anathan "ana" Pham was starting his proverbial fountain farming, Tundra proceeded on outplaying the double TI champions in the next game.

Game two was a perfect demonstration of how "vision wins you games".

After being led by OG in both net worth and kills on the map for nearly 30 minutes, Tundra turned the game around with a pickoff on Johan "N0tail" Sundstein, who adventured into the enemy jungle to deward with a freshly purchased Gem of True Sight. His death and loss of the gem resulted with Tundra clearing all the OG wards and a perfectly seized opportunity to team wipe the opposition. At the 27 minute mark, with the vision of a cliff ward placed in the Radiant triangle, 33 landed a four men Hoof Stomp and Tundra executed to perfection their big wombo-combo for the first time in the game.

Hoof Stomp into Black Hole, followed by Ice Blast nullified Ana’s itemization Heart of Tarrasque - Eye of Skadi in the late game stages, and from that point on he always got caught on the wrong foot and blasted down with Tundra’s AA ultimate.

Ana did not have a game in the last match of the series either. He was drafted Slark into the same Ancient Apparition opening of Tundra Esports. Despite OG having interesting combos and synergies in their hero line-up, with Slark capable to jump in the backlines for Tundra’s squishy AA, knowing that he can be saved by N0tail’s Oracle, Tundra’s team fight positioning and coordination put them on the top of most of the encounters, which forced OG to try some split push maneuvers with Ana’s Slark. However, that resulted only in Slark getting caught alone and killed too many times for Ana to have a chance at making any miraculous comeback.

Tundra’s 2-1 victory from last night places them tied in the league with Team Secret, Nigma and OG with an overall 2-2 series score, but the night was just heating up.

Next on the first day of week 4 schedule was the battle between Alliance, who were entering the stage undefeated, and Brame, who claimed their spot in the upper division via lower division promotion in season 1. Up to last night’s series, Brame were sitting on a 1-3 record, and interestingly enough their only victory was secured over Tundra, on week 1 of the DPC EU league.

Going into week four with a negative win ratio and pitted against the uncontested regional leaders, Brame focused on their own game play rather than thinking of what they should deny Alliance from playing, as their captain Giorgos "SsaSpartan" Giannakopoulos declared in the post series winner’s interview.

Their mentality definitely paid off, as in the first game they let Alliance have a lot of comfort picks, including Faceless Void, Puck, Tusk and even Artsiom "fng" Barshak’s Jakiro. The combos were there for Alliance, but Brame’s elusiveness and firepower brought by Dark Willow, Wraith King and Elder Titan had them emerge on top through all stages of the game. From laning to late game stage, Brame held the gold advantage and had Alliances’ number to open the series with a win.

Game two featured a last pick Broodmother from Brame, who chose to put the hero mid lane and ended up feeding Spiderlings. Alliance were once again playing with Faceless Void in the hands of Nikolay "Nikobaby" Nikolov and had the tower pushing timings secured with Linus "Limmp" Blomdin’s Death Prophet to force a decisive game three.

It’s interesting to note that before last night’s match-up with Brame, Alliance had won all their series in the DPC league by forcing or being forced to a game three where they picked Dragon Knight. Team Secret, Liquid, Nigma and OG have all lost to Limmp’s mid lane DK.

The pattern was interrupted by Brame, who drafted what’s on the path to becoming the next most annoying duo, namely Morphling- Dark Willow, and also a Shadow Demon that proved to be the key of the entire draft.

With Aghanim’s Scepter on Morph, he became a damage pumping beast and also nearly impossible to catch courtesy of the Dark Willow form and Alliance were suddenly unable to team fight because of the Shadow Demon purge and the Break applied by his Scepter. The game reached the one-hour length with Alliance always playing from behind, but still giving Brame a hard time. The difference was made in the Roshan pit fights, where Brame were eventually able to breach their opponents' defense and walk away as the first team to defeat the Europe upper division leaders.

The victory gives Brame a new hope at avoiding a bottom two finish in the second season. They are currently in 7th place in the league with two victories and three losses and two more series on the schedule. They will be playing against Hellbear Smashers on the 11th of May and against Team Secret on the 18th of the month.

Can Brame take down Team Secret as well?