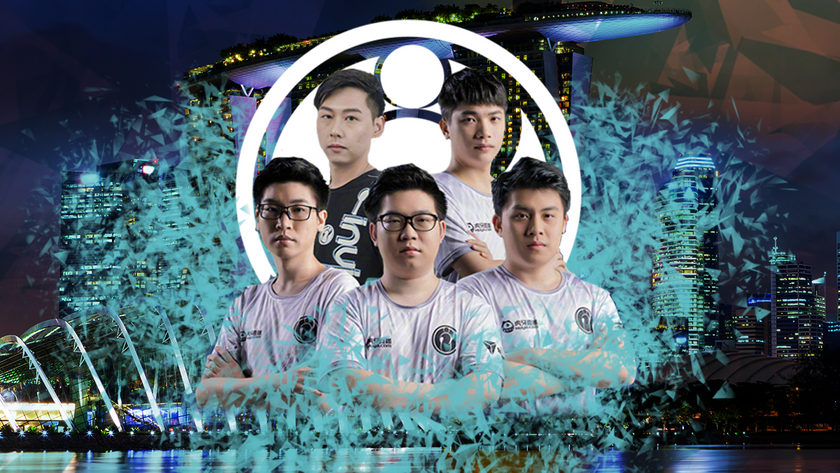 Invictus Gaming reverse swept Evil Geniuses 3-2 in the grand finals of ONE Esports Singapore Major to win their first Valve major event after The International 2012.

Coming to the ONE Esports Singapore Major as the NA seed#1 team, Evil Geniuses played spotless throughout the entire tournament, dropping just one game, in the upper bracket finals. Their clean and fully focused performance spared them from playing too many series or facing too many different playstyles. In fact, except for Fnatic, who were their first opponents at the Singapore major, EG played only against teams from China. They took down Invictus Gaming in the semifinals, PSG.LGD in the finals and were pitted against iG again in the grand finals.

Although they got dismantled by EG’s fast paced drafts in the upper bracket finals, Invictus Gaming came to the grand finals with the same appetite for late game scenarios and at the same time, they allowed EG to pick Abed’s signature Storm Spirit five times in a row.

In game one, the Chinese team doubled down on their preference for taking the game into late stages and besides a core Naga Siren, they also picked Morphling, while EG were looking to end it fast with a carry Leshrac for RTZ and godlike initiations from Abed on Storm Spirit. The game went so terrible for iG that they actually made the GG call right after they lost the first tier three tower.

Heading into the second game, iG tried to secure the Alchemist Aghanim’s Scepter factory strat, but they banned Juggernaut themselves, one of the carries that would have benefited from an early gift, while EG took away from them Monkey King. The draft went completely downhill with iG’s last pick, Faceless Void, a hero that was totally ignored throughout the entire Major up to that point. EG had the same fast paced game on their mind with Beastmaster ensuring the push and the overall superior vision on the map and with Arteezy and Abed running down iG on Bloodseeker and Storm Spirit respectively, giving no time for their adversaries to actually make use of the Faceless Void Aghs.

One game away from claiming the first-ever Major title for the NA region, Artour "Arteezy" Babaev and Abed Yusop all together, EG forced iG to the same fast paced, objective focused style, but they underestimated their adversaries’ capacity to learn and adapt through the series. Invictus Gaming went for a Sven carry and an Underlord that proved to be the perfect disengage tool that iG needed in order to outmaneuver EG and drag the game to the late stage.

Game three not only marked iG’s comeback in the grand finals but also a possible victory in the mental warfare department. Zhou "Emo" Yi, who had seven deaths in the early to mid-stage game, typed “?” in the all chat after killing four of the EG players on their own high ground.

From there on, EG’s game and their entire grand final went south. Their focus seemed to have been ruined, just like the entire twitch chat and social media feeds, which got flooded by question marks. 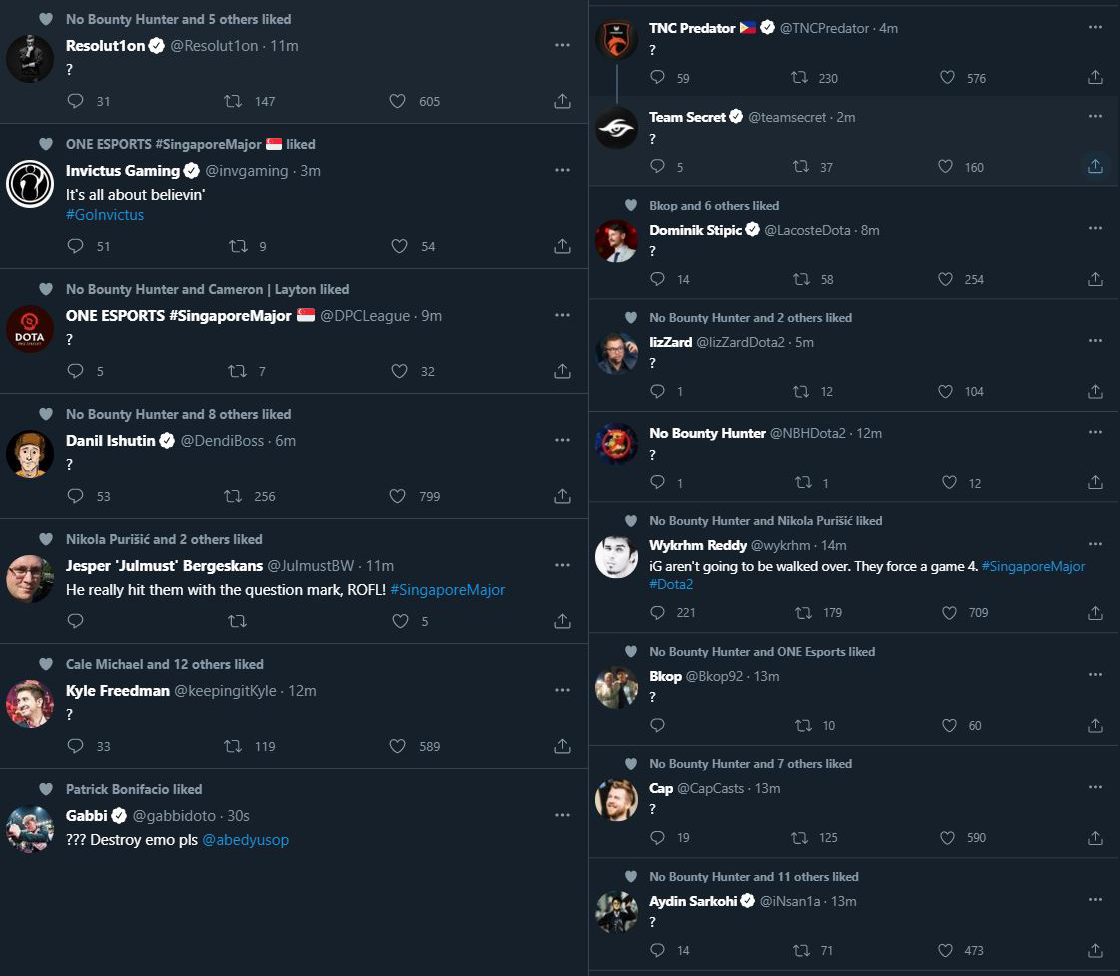 By the time the series reached game five, iG looked confident and worked like a well oiled machine, while EG seemed really in shambles, making rookie mistakes, misplays and not finding any opportunity to stop the momentum for iG.

While EG finished second on the major stage twice in a row now, Invictus Gaming will return home with the first major title since 2012, $200,000, and 500 Dota Pro Circuit points to their name.

Along with the 500 points earned from taking the first seed in the China DPC Regional League, Invictus Gaming are now the ranked one team in the DPC standings with a total of 1000 DPC points and thus secured their TI10 spot.

Would the grand finals have gone a different way if Emo would not have “?”-ed EG?