Dominik ' Black^' Reitmeier landed a few hours ago in Malaysia and is highly possible to see him joining team Fnatic.

A girl named named Sooyee Lim posted a few hours ago,in a closed Facebook group called “komuniti dota 2” a conversation with Dominik Black^ Reitmeier in which she welcomes the German player to Malaysia. 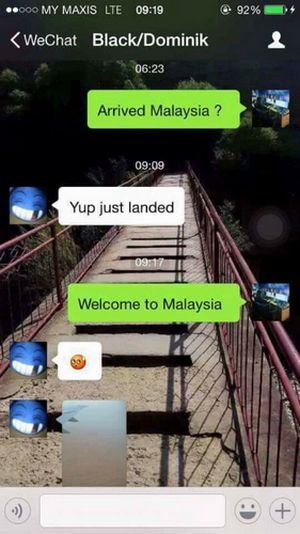 On the other hand, Black’s last tweet is not disclosing any information about his travel destination:

See you in a bit! pic.twitter.com/lmfgihozHr

The fact that Dominik ' Black^' Reitmeier was actively searching for a new team is known even before The International 5 was starting.  He stated in few interviews at TI that his presence in Seattle is meant for him to stay close and in touch with the teams knowing that the post TI shuffle is the most critical time for his future professional career.

There is no information coming from Fnatic’s direction to confirm or not if Black^ will join the team.