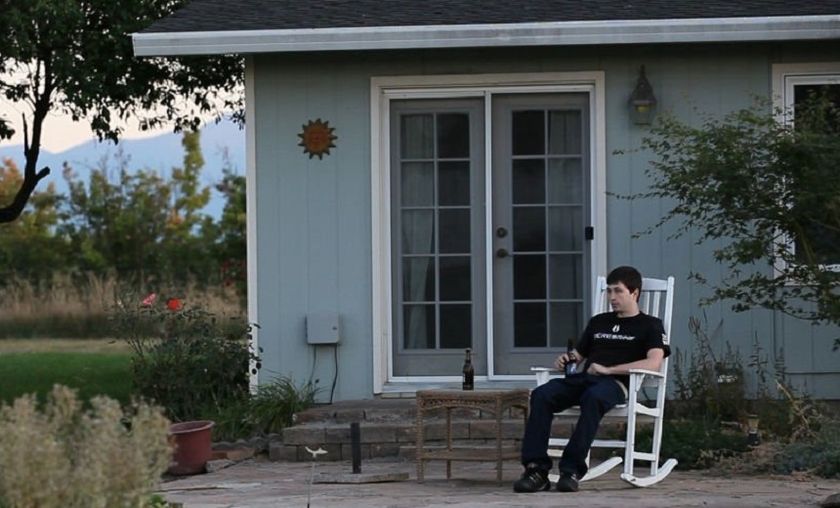 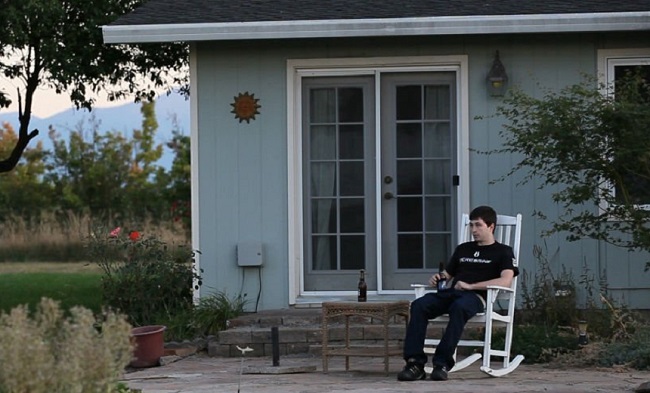 Fear began his Dota 2 career playing with Saahil "UNiVeRsE" Arora, Per Anders Olsson "Pajkatt" Lille, Alexandru “ComeWithMe” Cr?ciunescu and Theeban “1437” Siva for Online Kingdom and competed in The International 2011. His journey to The International and his Dota 2 career were featured in the  “Free to Play” documentary. Following TI1, Fear joined Evil Geniuses, in 2011, creating a journey and history that has been worthy of accolades, including claiming the TI5 championship title. 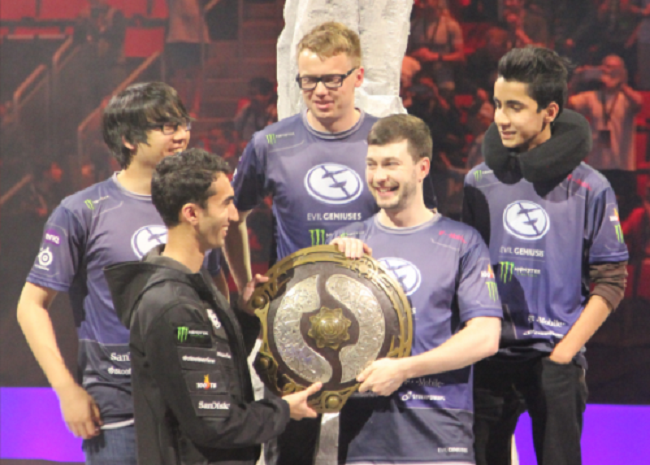 Other than his two-month departure from under the organization’s wing – when he continued to compete with the same roster, under the SADBOYS tag – Fear remained with Evil Geniuses, either as a coach or a player ever since — until Evil Geniuses bid farewell to the iconic player at the end of May 2018.

No-one had thought much about him not being so prominent in the competitive scene. He had, after all, competed for approximately a decade before taking up some of the other priorities in life that seem to come with age. Since then, Fear has focused on fatherhood and occasionally competing in various stacks for qualifiers. He remained, for the most part, one of the most experienced free agents on the market for the bulk of the new season.

Then, last month, it was announced that he would be competing at a high level once again, replacing Milan "MiLAN" Kozomara on J.Storm — prompting a flurry of community responses, a mixed bag of positive and negative opinions.

Thirty years old, pushing 31 next month, the biggest criticism was that Fear was just "too old" and should retire, making way for younger talent with faster reflexes and fresh energy. The reaction inspired Fear to speak out about an 'age-old' debate of Old Man Doto.

Fear addressed what he saw as the stem of the problem and his experience playing with and against a revolving door of younger players.

“
As of right now, a lot of players, fans, and organizations treat players in their late 20's to be an older player reaching retirement. With that being said, being a professional player in esports, compared to any other sport, is a terrible investment of your future--even if you are successful. I see a lot of players lose confidence and retire because of this predetermined misconception set by the community. I am 30 years old and approaching 31, so I know this feeling well. People on Reddit, Twitter, Instagram, and even in my pubs seem to share this sentiment. ”

Why? Where did this come from? Fear then went on to pose the question "So why is it in traditional sports there are superstars in their 30's?"

GosuGamers headed directly to some experts in this particular area of the industry to see what they had to say.

“
A lot of people cite numbers based off a 2014 study that found that cognitive processing peaked at age 24 and decreased 15% every 15 years after that. It's true that in general, processing speed and reaction time decrease with age.

That being said, education, practice effect, stress level, and baseline level of cognitive processing all play a role in faster reaction times at any age. We see that impact in the general population in things like decreased risk of neurodegenerative conditions for people who perform cognitively complex tasks like sudoku or crossword puzzles. Reaction times are fastest when you're engaged without being stressed, so someone like Fear who has a high level of cognitive processing and fast reaction speed at baseline (I'm assuming this based on his in-game skill level), has experience in remaining calm in high-pressure situations, and practices tasks specific to dota regularly might have a decline in reaction time relative to his own previous level of function but still be reacting more than fast enough to continue to be a highly competitive player.”

That essentially means that yes, while reflexes do slow down, players that are already proficient at the game and are especially used to competing at high levels of stress and competition will NOT be at a disadvantage compared to newer or younger players entering the arena.

This is something Fear himself also noted.

“
I do believe it is easier to learn a game when you are younger, comparatively to when you are older. I think that is one thing a lot of professional athletes have in common: they all start playing when they are young. For example, I couldn’t imagine myself picking up LoL and expect to go pro.

Luckily for myself, and many other Dota players, the game we all know and love has been around for over a decade and continues to show signs of growth. So when I’m told that I’m too “old” for Dota and see other players retire because that’s how they feel, I just can’t understand why. I don’t feel that I, or any other player who grew up playing Dota, is too old to play Dota professionally because they’re in their late 20s. I have heard the argument that your reflexes in video games goes down as you get older, but I would play reaction time tests with younger players like Sumail all the time and still school them with an 11 year age gap.”

In addition, Dota 2 is quite complex and requires intellect, insight, and strategy even more so than just quick reflexes. It's been proven time and again that drafts can win—or lose—games before they even begin. Strategy, execution, awareness, insight, experience and teamwork/synergy are all integral parts of success in Dota 2. So in a game with this many layers, why does it seem that reflexes are often the focal point?

GosuGamers dug even deeper to find out why then so many professional players retire at such a young age.

Taylor Johnson, CEO of IPI (Innovative Performance Institute) is an Esports Performance Coach with an extensive background in human performance in professional esports including ProDota Gaming, OpTic Gaming, Obey Alliance, Team Allegiance and Infinite Esports as well as having been formerly involved in coaching with the NFL and Collegiate teams in the United States.

“
Coming from traditional sports, I’m used to seeing short careers for young professional athletes that put their bodies on the line any given Sunday for a living. When I pivoted into esports, I was shocked at how young players retire and how short their careers actually are when considered “in their prime.” ”

Johnson believes it has to do with limited resources being provided to the players to allow them to have the necessary tools to prevent cognitive and physical burnout.

“
While esports are highly demanding cognitively, the physical output is also a factor for the longevity in the sport. Just because the players are not running, jumping, moving in space, does not mean that their bodies do not take a toll. Being in seated positions for long periods of time can lead to overused injuries in the hips, back, shoulders, arms, and neck which can contribute to a decrease in the in-game performance of the players.” 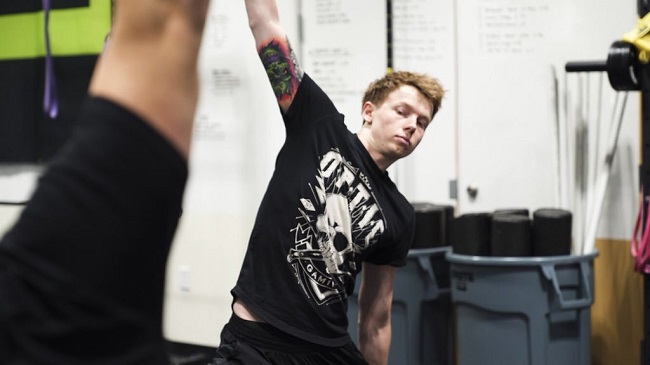 Dr. McGee works diligently on keeping gamers in top shape and minimizing injuries while competing. Although she works across all divisions, Dr. McGee kindly shared some Dota and reflexive specific tips to help prolong careers.

1. Mindfulness and mental toughness training. We know that reaction times improve with increased stress, but only up to a point. After that point, they get slower. Being able to walk the balance between not enough stress and too much pressure is key.

2. Specific practice. Yes, any game that requires quick reaction time will help, but it's essential to practice the things you'll need to do in competition over and over and over. That means not only scrimmaging but also working on 1v1s, character-specific or combo-specific skills ("tech skill"), and team coordination.

Johnson had some similar advice for players. His approach is a well-rounded, holistic approach to caring for oneself in order to achieve optimum performance. Johnson recommends addressing areas of physical training, nutrition and proper sleep for starters.

“
Addressing specific physical training for gamers should be focused on 3 main areas: durability, resiliency, and stressing the cardiovascular system. Creating programs that address corrective exercises to balance out the body from sitting for long periods of time can prevent a lot of the overuse injuries that are seen in competitive gaming, leading to a more durable and resilient body which comes in hand for life after gaming as well. Stressing the cardiovascular system by means of doing small bouts of endurance based exercise for as little as 20 mins a day a few times per week can have significant improvements in overall health and most importantly for gaming, improve cognitive function.

Simple interventions around nutrition and recovery are important as well which will lead to better focus and improved cognitive abilities in the game. Staying hydrated with low calories beverages such as water, and tea and being mindful of the type of energy drinks being consumed is really important. Also adding nutrient-rich foods to your diet such as lean proteins, dense fruits and vegetables, and healthy fats will improve overall health and wellness as well as fuel the body and mind for better performance during long practices and competitive tournament play.

Sleep by far is the biggest bang for your buck to enhance overall performance and improve your longevity in gaming. Everyone does it, but not many get enough of it. When you don’t get enough, your life and performance tend to get worse. Lack of sleep will cause a decrease in the function of your prefrontal cortex, which is key for decision making as well as making it harder to do the hard thing in general. Everyone is different, but aiming for 7-9 hours of sleep each night can have dramatic improvements in your overall health and performance. ”

Out with the Old[man doto] Mentality 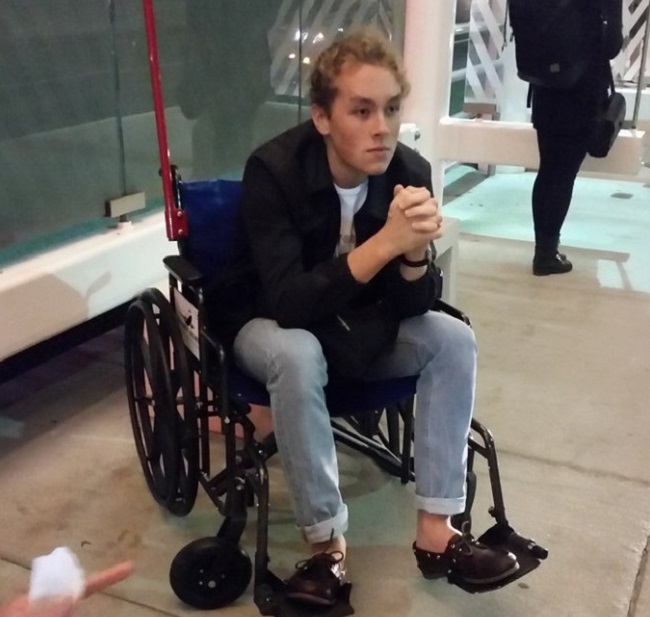 With input from two highly reputable and trained experts in physical health and athletic performance, it seems that the age factor becomes more of a self-fulfilling prophecy than anything. Although some may retire as they hit their late 20s due to a change in priorities such as family or financial stability, a player should not feel less confident or pressured because of a number of birthdays.

“
I may be one of the first players to take the charge in playing Dota in their 30’s, but I do hope many more will follow in my footsteps because I truly believe it is good for the game and esports as a whole. It is important to not feel limited or pressured by a fictional age range that people made up and have no idea what they are talking about. I would know. I have been playing this game professionally longer than just about anyone. After all, I was also once told a long time ago that playing video games was a waste of time and I needed to get a real job because nothing would come from it.

At the end of the day, balance is key. Working towards that balance takes some work, but once you have the framework in place it can allow you to truly reach your full potential.”

For more literature and assistance from Dr. McGee, fans can head over to 1HP to learn to "play longer with less pain."

Taylor Johnson and his crew over at IPI work directly with players and teams to enhance their performance before, during and after competition.

Be sure to check them out!

Do you think we will see more players extending their careers into their 30s?

Yeah, for sure
Thank you for voting!
Nah, they will still retire early
Thank you for voting!
Cristy “Pandoradota2” Ramadani
Pandora is a behind the scenes Dota 2 professional Jack of All Trades. When not busy with Dota 2 work, she is out trying to save the world or baking cupcakes. Follow her on Twitter @pandoradota2
Share Tweet
1,168 people reacted to this post