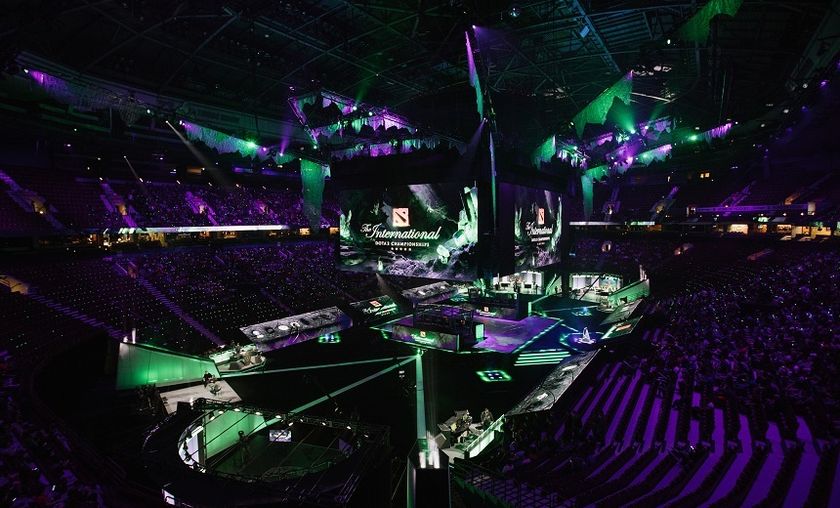 Five lessons learned from The International 8 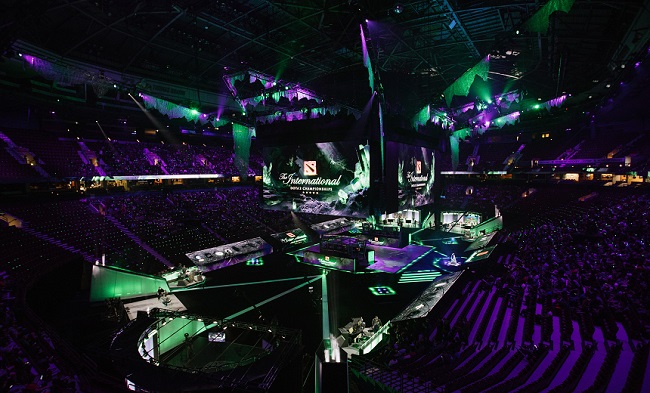 The International 8 had its share of educational components. Aside from the discussions from the analyst desk to kick off the competition daily and between games, there was a plethora of content to absorb filled with information. While many missed Kevin "Purge" Godec's 'weatherman' recap analysis, Valve was sure to find other ways to fill the void.

The Newcomer stream allowed for newer and the uninitiated viewer to watch the main broadcast "enhanced with contextual overlays that call out information helpful for understanding the intricate world of Dota during the biggest event of the season". Famed statistician Alan "Nahaz" Bester was given the spotlight before matches with his '60 seconds of stats' segments that gave various stats on teams, players and heroes. Brian "BananaSlamJamma" Canavan and Grant "GranDGranT" Harris discussed various aspects of the game such as laning, buybacks, and items.

If there is anything that we learned and can take away from The International 8 though, it is that all lessons are not delivered informal ways or by a designated teacher or mentor. Some lessons are learned outside the realm of the 'classroom'.

Lesson #5: For the fans by the fans

Contrary to the memes, rumors or beliefs of Dota 2 being a 'daed game' it is alive and kicking. Fans around the world are enamored with it and doing everything in their power to make sure that their community is part of something special. Seeking to help aspiring players, provide a venue and opportunity for growth and nurture a strong sense of community, some of Dota's biggest supporters have taken the reins and labor away to create something meaningful out of love for the game.

We got a glimpse of two such communities in different corners of the world that are doing exactly that.

Earlier in the month, the OpenAI team of five bots took on some of the retired and current professional players and made a fantastic display of their intimidating strength in the show-match with a clean 2:0 victory. The team consisted of players that fall in the 99.95th percentile of all players —namely Blitz, Capitalist, Fogged, Merlini and David "MoonMeander" Tan. Incredible sustainability and close-to-perfect decisions on the spot proved to be greater for the Bots than the human team.

The bots next stop was The International 8 where they faced off against some of the best professional teams in the world. Luckily for humanity, the professional players proved that real success in Dota 2 entails more than just mechanics and programmed objective taking. It involves risks, passion, creativity and human spirit.

The bots faced off against paiN Gaming first, with the South American's taking the win in 52 minutes.

The next match up was against Chinese legends - Big God featuring the likes of Xu "BurNIng" Zhilei and Luo "Ferrari_430" Feichi. This time the team defeated OpenAI in 45 minutes.

The purpose of the development of these bots was not just to simply defeat humans, it was to help design AI that can be applied to solving real-world problems.

Lesson #3: Even giants will fall

Regardless of the statistics and betting sites odds, The International tends to become a world of its own when it comes to team strategies, performances and results. Many players have said in the past that The International has its own Meta. It's the biggest event in Dota 2 —and esports for that matter and has the largest prize pool. Top finishes are worth millions of dollars and thats certainly no chump change for any team competing. The pressure is enormous and prestige of winning even greater. 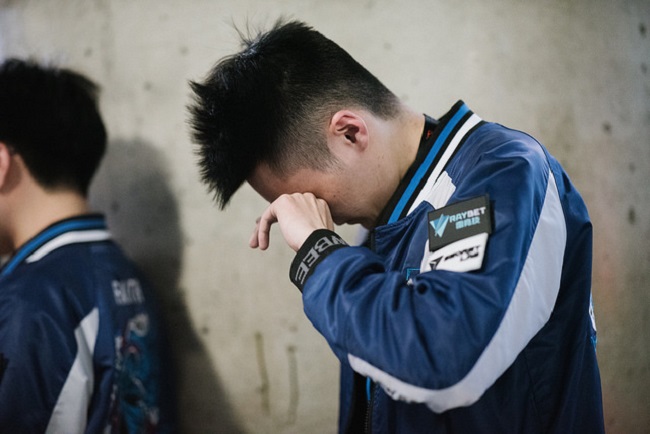 That certainly seemed to be an issue for Newbee as they entered into TI8 with mostly the same hero selections and strategies as even last year. The Chinese team was the runner-up at TI7 and many had them pegged to even claim the Aegis at the end. They were a powerhouse and formidable opponent, knocking down some of the best teams in the world without so much as breaking a sweat. Although they dropped to Team Liquid in the grand finals, it was believed they would still remain a top contender for the following season thanks to their loyalty to their squad filled with raw talent and experience. Their 2017-2018 season was a mixed bag of results, showing signs of struggles and suffering setbacks as well as success. Even though that was the case, fans were still shocked to see them drop from the tournament in their first series of the main event -the Goliath being taken down by David - Team WinStrike. Newbee, simply didn't look like they had adapted and evolved in ways that were necessary for The International stage.

Virtus.pro were ranked 1 in the DPC, were the first team to stake a claim of a TI8 direct invite in the middle of the season —long before any other team was able to secure their place. Despite having secured their position, the team refused to back down. Instead, they charged forward even harder finishing the season with a total of 12,372 qualifying points. That is almost 3000 points more than Team Liquid who was next in line. Needless to say, they were the strong favorites heading into TI8 and were without a doubt primed to be champions, if the season results were enough to gauge success by. But for the second International in a row, the CIS powerhouses failed to shine when it counted the most. Virtus.pro have the swagger and confidence through the year, but when it comes to The International and the bigger Majors, the team seems to somehow buckle under the pressure and their mentality and approach seems to change. They no longer throw their weight around, dropping opponents like flies and barreling their way through to victories. In fact, it looks quite the opposite with much lower ranked teams being able to take matches off of them and usurp the team's dominance. Last year and this year, VP finished with a commendable but disappointing for them, 5-6th place finish. They were dropped to the lower brackets after the first series and then from the event in the lower bracket round 3.

In The International 3, Na'Vi faced off against Tongfu in the upper brackets round 2. It was game three and the stakes were high. Then, under the leadership of Clement "Puppey" Ivanov the world witnessed an astounding play that polarized fans around the world. Using the send-back spell from Chen, Na'Vi combined it with Pudge's hook to create a combo that some praised and others screamed abuse. It was enough to bring the Ukrainian legendary team the victory and move them into the upper bracket finals.

Fast forward five years. It is now The International 8 and Puppey is leading once again a top rated team through the main event. This time the stage is Team Secret taking on the TI7 championship team in the first game of the Lower Bracket round 4 elimination series. Once again, the infamous captain pulled out a Chen send-back strategy, combining with Storm Spirit. This time, it the results weren't quite the same but it never-the-less showed Puppey's affinity for the hero's ability and and the strategy that helped propel him to second place at TI3.

Lesson #1: Propagating a flower is necessary and healthy

Anyone that has a green thumb knows that propagating is very much needed for the health and success of a plant and to create new ones that will also thrive. It's no different in Dota 2 with our beloved flower of the scene - Johan "N0tail" Sundstein.

After The International 7, OG recruited Roman 'Resolut1on' Fominok to replace Anathan 'ana' Pham who had himself left OG to take a break from the competitive scene. After several months in the new season, with the team struggling to get higher than 7-8th place at the recent majors the decision was made to cut Resolut1on in March. At that time coach Sébastien '7ckingMad' Debs stepped in to fill the role for the interim while the team searched for a new player. That was supposed to be the plan, but as well known - "the best-laid plans of mice and men go oft awry."  The team did little, if at all any better in the following events and then right near the end of the season in May, the departure of Tal "Fly" Aizik and Gustav "s4" Magnusson shook the entire team —and fan base's world.

Although the cutting of all three of these players was perhaps painful and left OG looking vulnerable and weaker, it just proved that it was completely necessary for regrowth.

The trimming the team of Resolut1on allowed for him to be replanted in VGJ.Storm, where he flourished and the team went on to take the scene by storm literally and a commendable top 8th finish at TI8. The severing of Fly and s4 saw the two outstanding players settle in to Evil Geniuses —who were also struggling, to create a powerhouse North American team that would then go on to dominate and end The International 8 with an incredible third place result.

The greatest part? The original flower that all had been propagated from became much stronger, much more beautiful and much more successful than ever imagined. In the place of the trimmed parts, OG picked up Anathan "ana" Pham and Topias "Topson" Taavitsainen. Not only did the newly sprouting team charge forward to claim their spot at The International after winning the open qualifiers and then the regional one, they went on to dominate in the main event with some of the most spectacular games in recent history and claimed the championship title.

Did you learn anything else from TI8? (let us know in the comments)

Yes, there was more!
Thank you for voting!
Nope, you got it covered!
Thank you for voting!
Cristy “Pandoradota2” Ramadani
Pandora is a behind the scenes Dota 2 professional Jack of All Trades. When not busy with Dota 2 work, she is out trying to save the world or baking cupcakes. Follow her on Twitter @pandoradota2
Share Tweet
782 people reacted to this post