The Mid Lane is the best place to display skill and ingenuity, let's take a look at some of the best players at this position. The Rankings are based on the following criterions:

(Criterions are listed in order of importance) 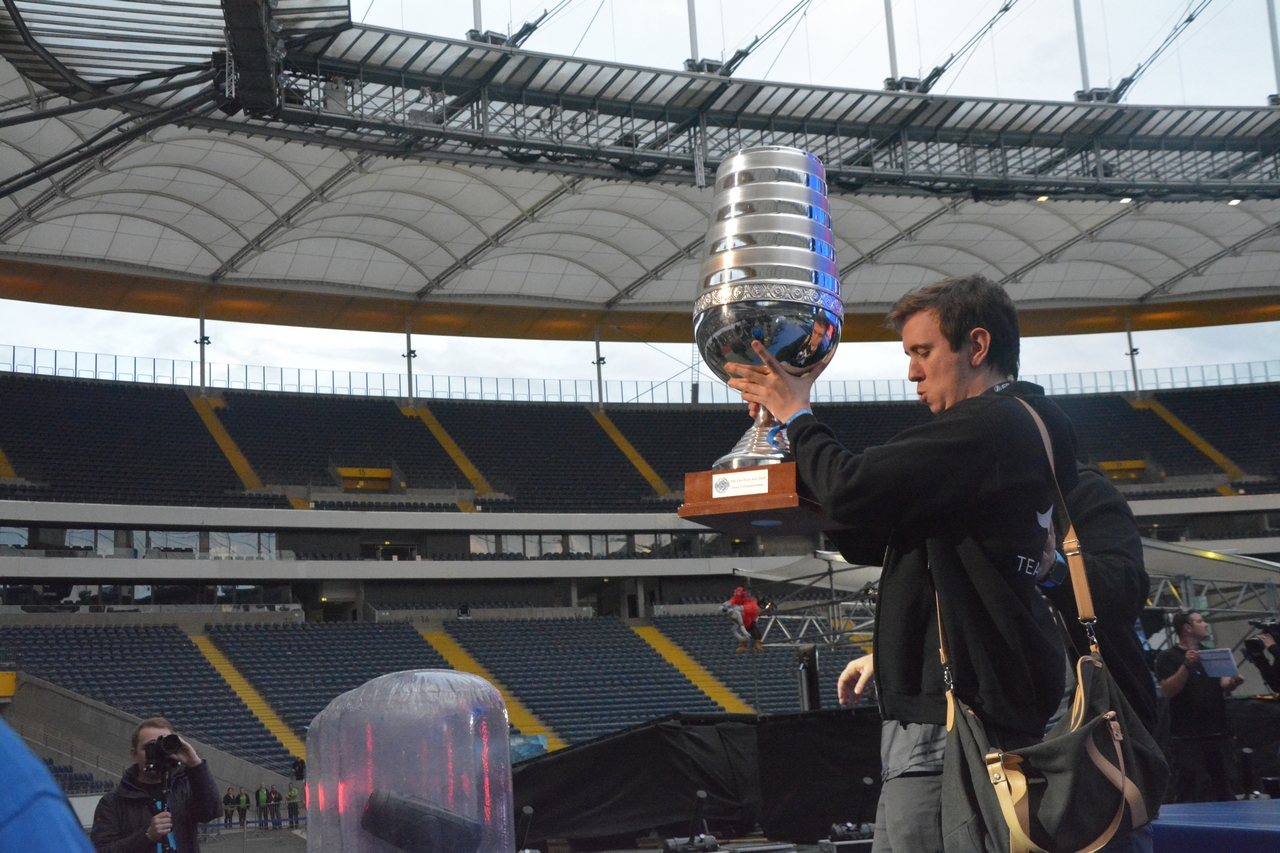 Gustav ‘s4’ Magnusson is a winner, all he does is win. From his days of NoTidehunter, to the Alliance and now Team Secret, he is one of the most successful players in DotA history winning a total of 29 titles in his career so far.

But that is history, what makes s4 special is that he does what is required of him, he can be a playmaker, he can be a late game farmer, he can be a utility player, he can be as flashy as they come; he can do it all. The guy is a master of all trades and that is the main reason why he is the most successful player on this list.

Another reason is his hero pool which is larger than anyone else on this list, the list goes on and on; from his playmaking heroes - Puck, Magnus, Queen of Pain, Storm Spirit to his frontline tankers - Brewmaster, Dragon Knight, Bristleback, Razer, and Viper.

The Swede is an amazing laner as well, he just doesn’t lose 1v1s. You give him an inch, he’ll take a mile. His game knowledge his impeccable and knows what to do in every single situation. One can always rely on s4 to perform as well, he will perform at TI for sure and will help his team any way he can. 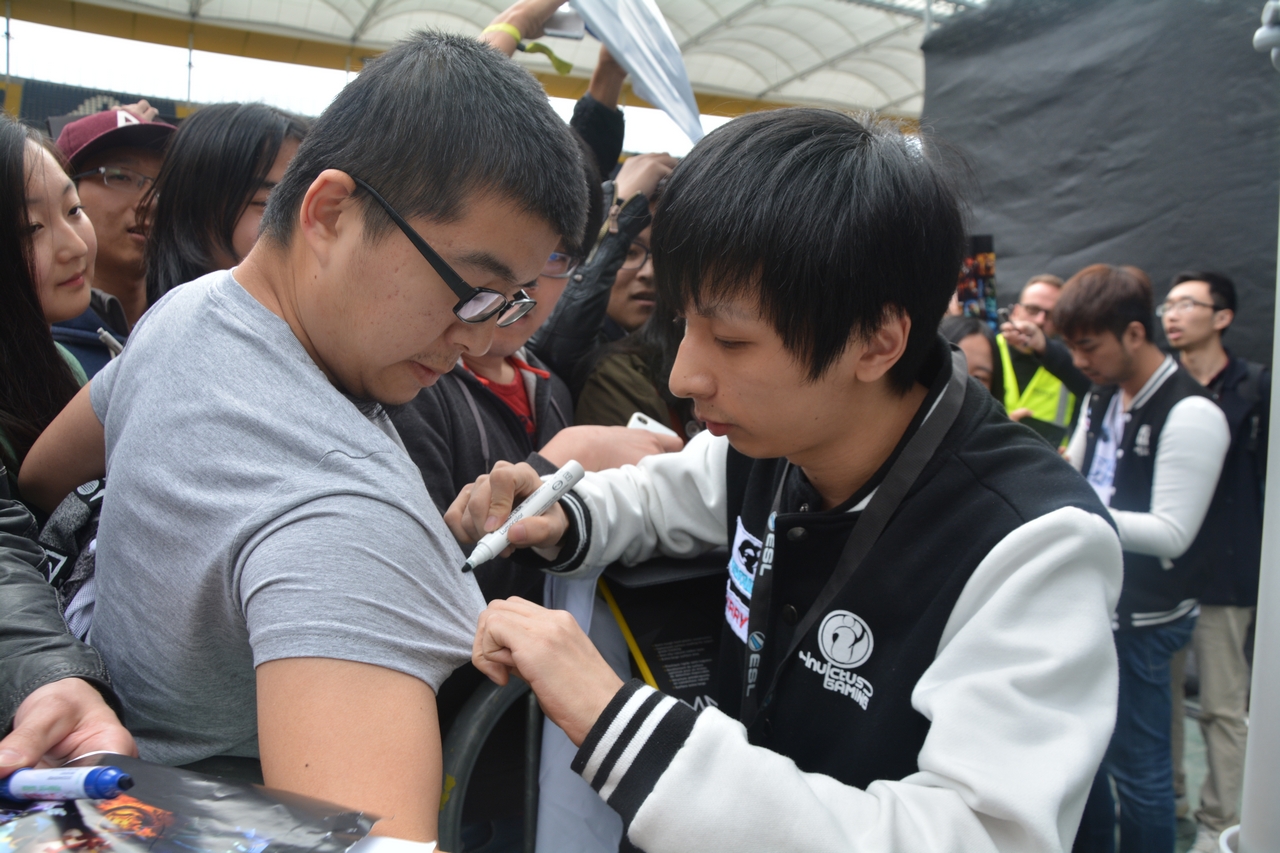 Fei Chi “Ferrari_430” Luo will be attending his fifth straight International this year with the same team, a feat achieved only by him.

Invictus Gaming plays around their carry BurNIng and Ferrari_430 and these two legends always perform. They are some of the most consistent players in Dota 2 right now; Ferrari averages a KDA of 4.9 which is the highest on this list by quite a margin, the next closest being Super with 4.5.

Ferrari also boasts an impressive win rate on Storm Spirit, 82.35%. In the last three months, he has 17 wins on the hero with a win rate higher than that of SumaiL who is considered the best Storm Spirit in the world.  430 is an anchor to this iG squad and if he shines, they shine. If he is able to play at his peak, Invictus Gaming can reach new heights. 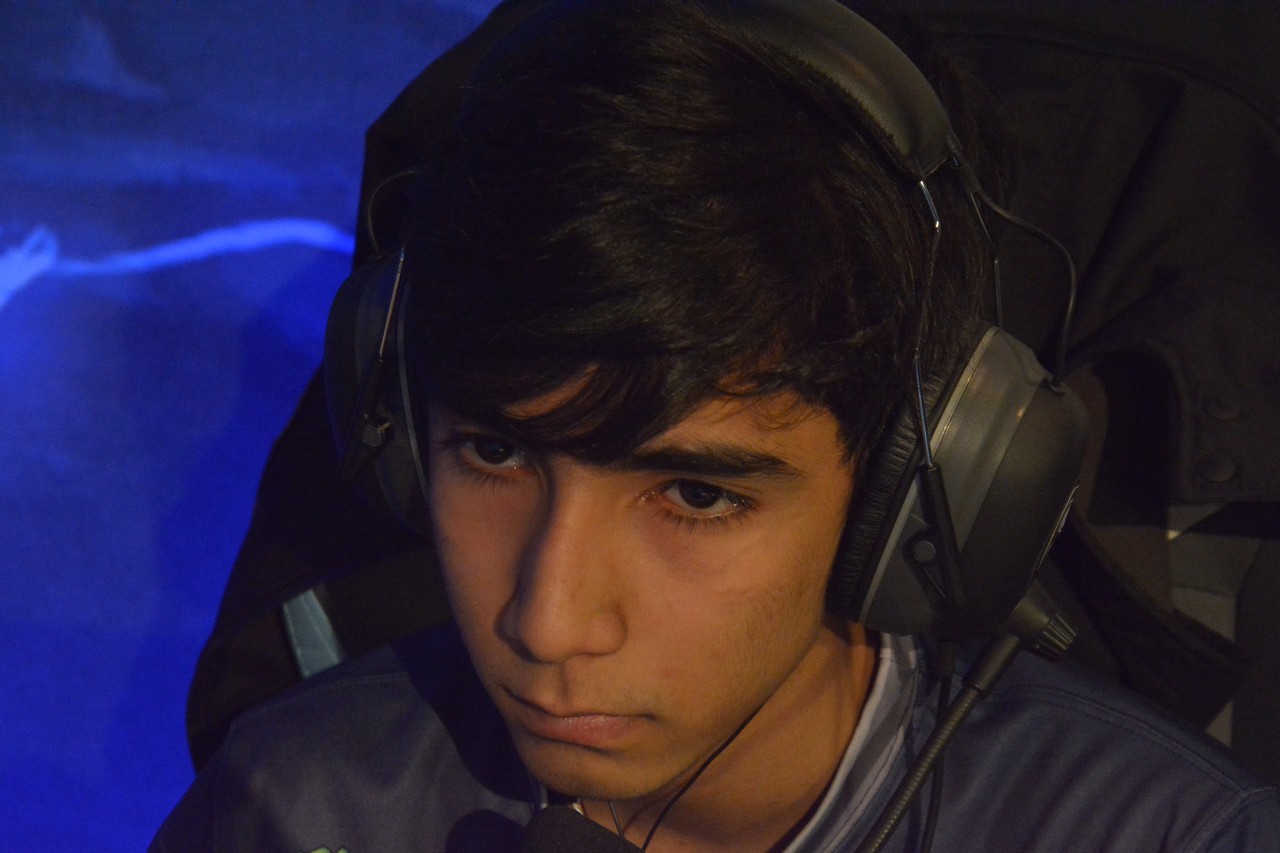 Syed 'SumaiL' Hassan has accomplished more in his six month career than most others have in a lifetime. When he came into the scene, everyone thought that he’ll be fazed by the pressure and crumble in the big moments but SumaiL surprised everyone; he thrived in those moments.

He has delivered some of the most memorable performances at the hardest of times; his performance against Vici Gaming in the third game is the most memorable. SumaiL died, a tournament record, four times in the first five minutes. At this point, most of the players would have tilted but not SumaiL, he somehow went from 1-4 to 7-4 in just 10 minutes. Other impressive performances include his Shadow Fiend at ESL One against Virtus.Pro, the first game at the Summit 3 finals and many more.

Syed is easily the best farmer on this list with 548 gold per minute. He also has the highest hero damage, even more than his team’s carry Fear himself. The impressive thing is that his hero pool is extremely wide and he is able to carry his team to the finish line.

Evil Geniuses play around SumaiL, they use all their resources to secure SumaiL farm and his lane. He is the pseudo hard carry, in most games if a team shuts down SumaiL, they simply roll down on EG to victory. His performance at TI will decide the fate of boys in blue. 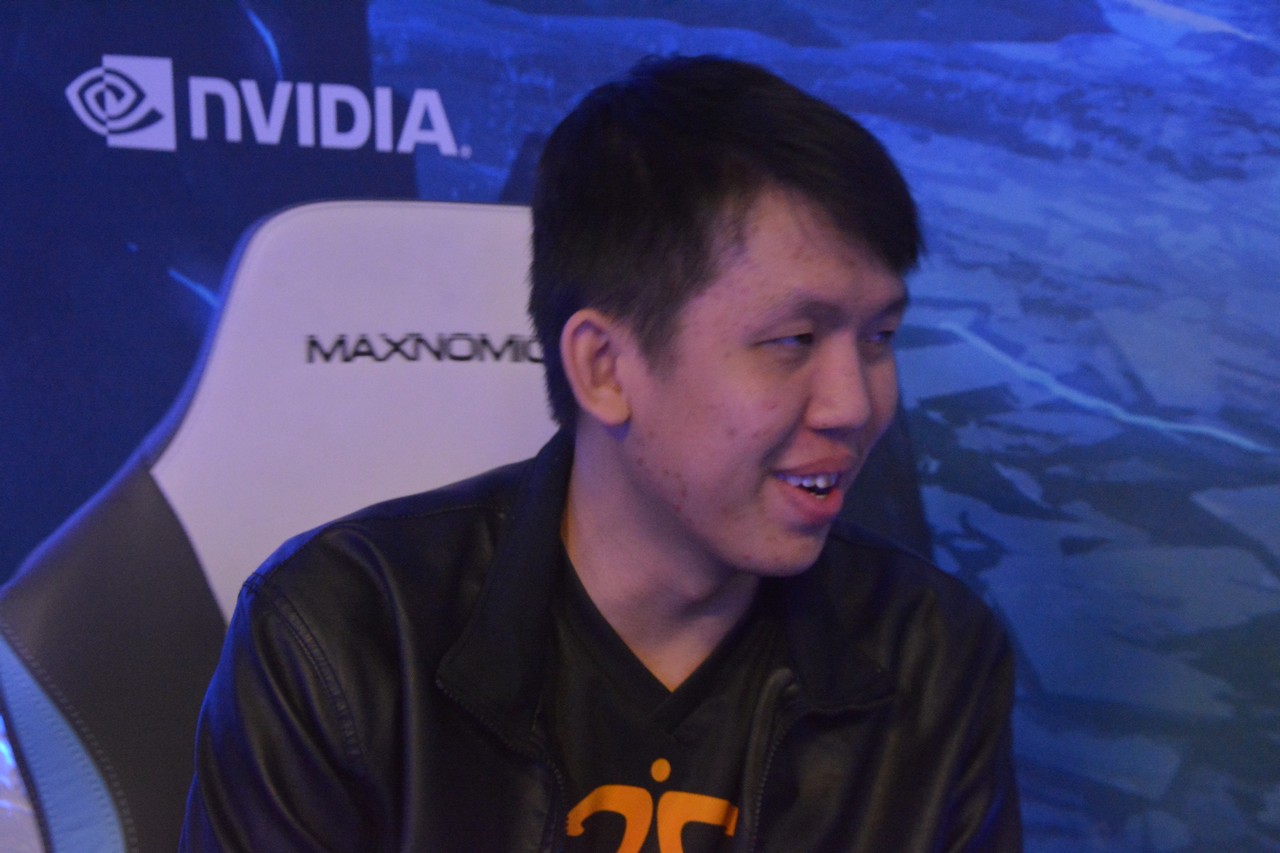 Yee Fung 'Mushi' Chai is one of DotA2’s absolute legends. He's played in a variety of powerhouse teams over these years; from Orange to DK. His current team Fnatic is a squad of all stars from South East Asia. Although they haven't had much success, they did get an invite to the International and it won’t be possible without Mushi.

Mushi started out as a support player for the squad and KecikImba played the mid role but Mushi eventually got back to his signature role last month. He doesn’t have the most impressive statistics but that’s just because Fnatic doesn't win a lot in international tournaments.

But the few matches they do win are usually because of Mushi getting farmed early and just snowballing from there. He is definitely one of the most skilled, experienced and clutch mid laners in the world. And for his team to succeed he’ll have to play some of the best Dota of his life.

Most Impressive Statistic:
Runes per game: 10.4 (Almost double of other players on this list) 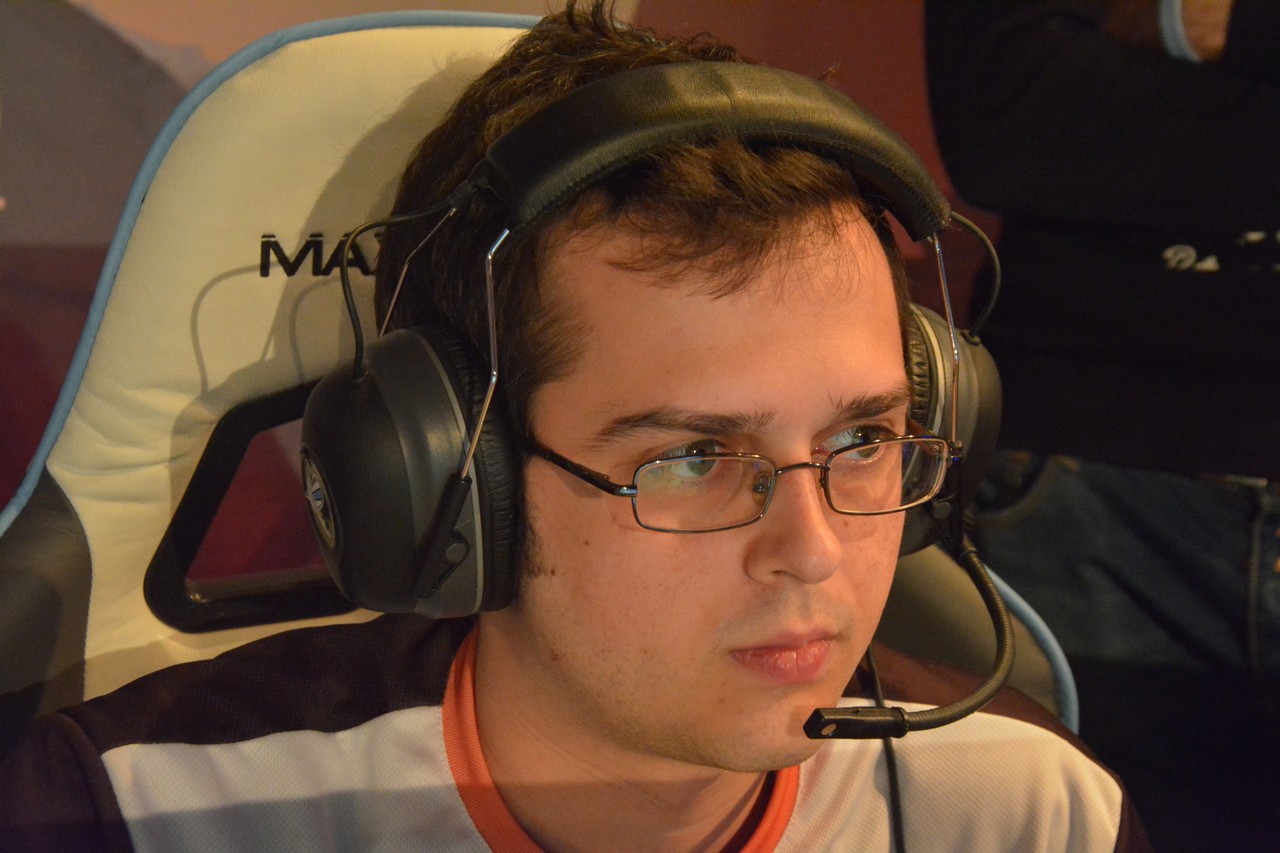 Sergey 'G' Bragin plays for Virtus.Pro, who got an invite for TI but weren’t a prime candidate by any stretch of the imagination. Since then, they have slowly became better. They had an impressive performance at Dream League and then finished 3rd/4th at ESL One Frankfurt.

The reason for VP's sudden success has been God.

Sergey has stepped his game a lot and has improved drastically. He played some incredible DotA at the Dreamhack finals against Natus Vincere even though he had medical problems during the match.  His grit allowed him to fight through and secure a narrow 3-2 victory for his team.

His game averages are nothing to scoff at either; he has a GPM of 547, hero damage 14903 and a KDA of 3.7. His win rates on certain heroes is great as well; Leshrac 85.7%, Queen of Pain 62% and is still unbeaten on Windranger and Bloodseeker. (3, 2 wins respectively though)

God has been playing some of the best DotA2 of his career over the past few weeks and if he continues to play this way, it’ll be hard to stop the Virtus Plow for even the best teams in the world. Calling it right now - VP will finish top six at this event.