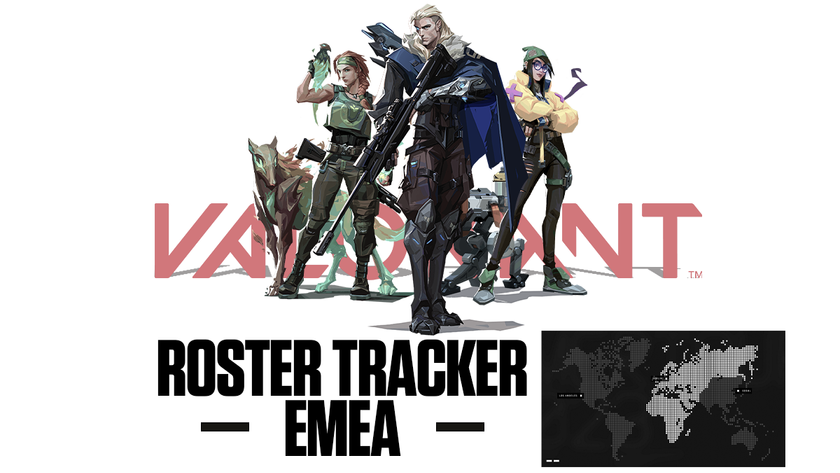 We track who is going where in the world of EMEA VALORANT.

With the announcement of the 30 partner teams for 2023, the news is out on social media that teams are either renewing their rosters or in some cases, letting them go for a complete renewal. In this tracker, we attempt to list up-to-date teams and players for the upcoming VCT season for the EMEA region.

- Natus Vincere has given the green light to Artur "7ssk7" Kurshin and Kirill "Cloud" Nehozhin for them to explore new opportunities. They are the last members of the roster after the team parted ways with zeddy , Duno, and dinkzj earlier in the month.

- Neil "neilzinho" Finlay from FunPlus Phoenix announced that he is now an unrestricted free agent and is exploring new coaching opportunities for 2023.

- Saif "Sayf" Jibraeel and Nikita "trexx" Cherednichenko have announced that they are allowed to explore new opportunities after Guild Esports did not make it into the EMEA partner list for 2023.

- James "Mistic" Orfila has announced that he is looking for a team after Fnatic allowed him to explore his option for 2023. He is looking for EMEA teams to play with currently.

- The whole roster for BIG, including head coach Jiri "KUNDIKUNDI" Honkala, have announced that they will be looking for a new home for 2023 after the team did not make it as one of the partner teams for EMEA.

- The G2 Esports roster shared that the team has allowed them to explore new options for 2023. The exclusion of the team from the partner list for EMEA was a surprise – with some speculating that a controversial video involving the CEO is one of the reasons the team was not chosen.

- Acend players announced on social media that they are exploring options for next year.

- Team Vitality, who is on the partner list for EMEA, has given the green light for Nathan "nataNk" Bocqueho and Joona "H1ber" Parviainen to explore new opportunities for 2023.

This story will be updated as new information breaks.

Do you think the players will have a better chance with a new team, and potentially playing in a new region?

Yes
Thank you for voting!
Not so much
Thank you for voting!
Sharil “memeranglaut” Abdul Rahman
He dabbles in Esports, checking out what's new and hip with the industry. Outside of Esports and gaming, he likes Japan. Ijou. Check him out at @SharilGosu
Share Tweet
0 people reacted to this post