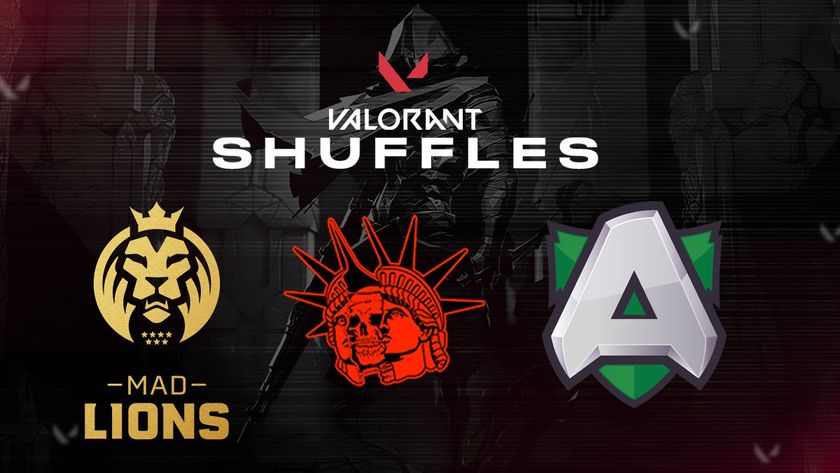 NYXL, formerly known as Andbox, reveals a new roster ahead of Stage 2 while Alliance’s entire lineup is benched.

While VCT goes on a short break in Iceland, the rest of the community marches on as it readies itself for Stage 2 of VCT 2022. New rosters are in the pipeline, while other teams bench their rosters as part of their strategy for the next stage of the annual circuit.

The Spanish esports team MAD Lions have confirmed that they are stepping away from the professional CS:GO competition. The team is also moving all of their active players and staff to the transfer list. This is to accommodate their move from CS:GO to VALORANT, with a new roster expected to be announced soon.

The team posted a goodbye post on their Twitter account with a video montage of their performance throughout the past couple of years and also thanked all the players and coaches that have worked with them previously.

Right now, TMB, jL, b0RUP, MICHU, and somedieyoung, along with coach kuben and manager/assistant coach MusambaN1 are now on the transfer list.

MAD Lions was founded in 2017, when they entered the CS:GO scene in the same year. By 2019, the team was acquired by OverActive Media Group, owners of the Splyce organisation and the franchise spots for Toronto Defiant and Toronto Ultra in the Overwatch League and Call of Duty League.

Their last match was against 00 Prosp at the Elisa Invitational Spring 2022 Contenders Stage.

New York Fury, the VALORANT arm of the NYXL organisation has officially unveiled their 2022 VALORANT roster. This is ahead of the second stage of VCT 2022.

The new roster will consist of:

Oderus is the only one that is from the previous roster and old branding.  YaBoiDre previously played with Evil Geniuses while Shot_UP was from FaZe Clan. Neptune joined the team from Rise and to complete the roster, JSUNG was grabbed from Soniqs’ inactive list.

The team will play for the first time in the Stage 2 open qualifier, set to start this 28 April.

The former roster of Alliance consists of:

Fearoth is currently on loan to Fnatic as part of their campaign in the Stage 1 Masters in Iceland.

What do you think of these shuffle news?

Sad
Thank you for voting!
Happy for them
Thank you for voting!
Sharil “memeranglaut” Abdul Rahman
He dabbles in Esports, checking out what's new and hip with the industry. Outside of Esports and gaming, he likes Japan. Ijou. Check him out at @SharilGosu
Share Tweet
2 people reacted to this post