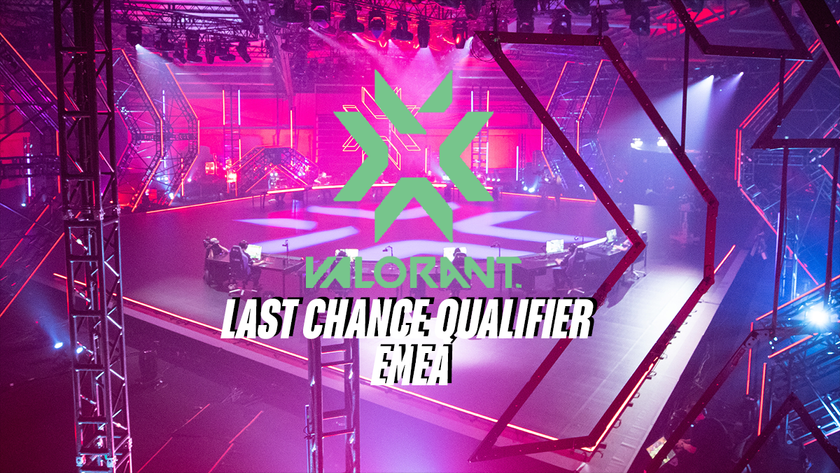 The map Fracture will be disabled for this leg of the LCQ.

Unlike APAC and NA, the EMEA Last Chance Qualifier or LCQ for VCT 2021 looks to be something of a low-key affair. No controversies, no big storylines – just clean VALORANT fun.

Eight teams from EU, Turkey, CIS and MENA will be playing for the last seat at Champions Berlin – joining Gambit Esports as the second EMEA representative at the tournament.

The eight teams that will be playing at the EMEA LCQ are:

The tournament will be a double-elimination bracket, with the grand finals on the 17th. The Grand Final will be a Bo5 match.

One of the eight participating teams will join Gambit Esports, who won Masters Berlin in September, as well as Acend and Fnatic, who hold the second and third spots on the circuit point leaderboard.

EMEA LCQ is the first of the four regions that will be playing, with all four regions (EMEA, NA, SA and APAC) ending simultaneously on 17 October.

Fans can check out the LCQ live on the official Twitch channel HERE and HERE.

Are you ready to stan your favourite team in the EMEA LCQ?

Yes, definitely
Thank you for voting!
We'll see
Thank you for voting!
Sharil “memeranglaut” Abdul Rahman
He dabbles in Esports, checking out what's new and hip with the industry. Outside of Esports and gaming, he likes Japan. Ijou. Check him out at @SharilGosu
Share Tweet
3 people reacted to this post