Astra joins the line up, manipulating cosmic energy to win in the battlefield

Riot Games has announced the addition of Astra into the Agents lineup for the free-to-play game Valorant. Also announced at the same time is the introduction of a battlepass for players looking for a bit more in their game.

Astra hails from Ghana and she controls Astral cosmic energy. She harnesses the energies of the cosmos to reshape battlefields to her needs. As she has full control over the energy around her, her abilities revolves around manipulating energy from Stars she can place all over the map:

At the same time, Riot Games also introducing the Battlepass for players looking to ‘zhuzh’ up their playing experience with new weapons, sprays and cards for players to kit out with.

"Our high level goal was continuing to respond to player feedback for the battlepass. Players told us they loved the cute POLYfox skins we made last year, so we wanted to expand on that line with another polygonal animal. This time, we took inspiration from the frog on Split (Froggie Hat!), which the community fell in love with during Closed Beta. With Prism III, we wanted to give players who don’t usually buy skins a chance to get their hands on the clean crispness of the Prism set. Adding color variants to Prism was also a fun way to give players more color options. I bet the bubblegum pink one will be popular, especially the Axe melee! As for the accessories, our goal was to continue to create a lot of really thoughtful buddies, sprays, and cards that feel like they’ve been pulled from the VALORANT world, game lore (and teases), and community memes. I don’t know if players know this, but one of our unofficial goals is to make stuff we’re also excited about too!" - Preeti Khanolkar, Producer

Check out the new weapons skins (Prism III, Cavalier and PolyFrog), gunbuddies and sprays in the Battlepass: 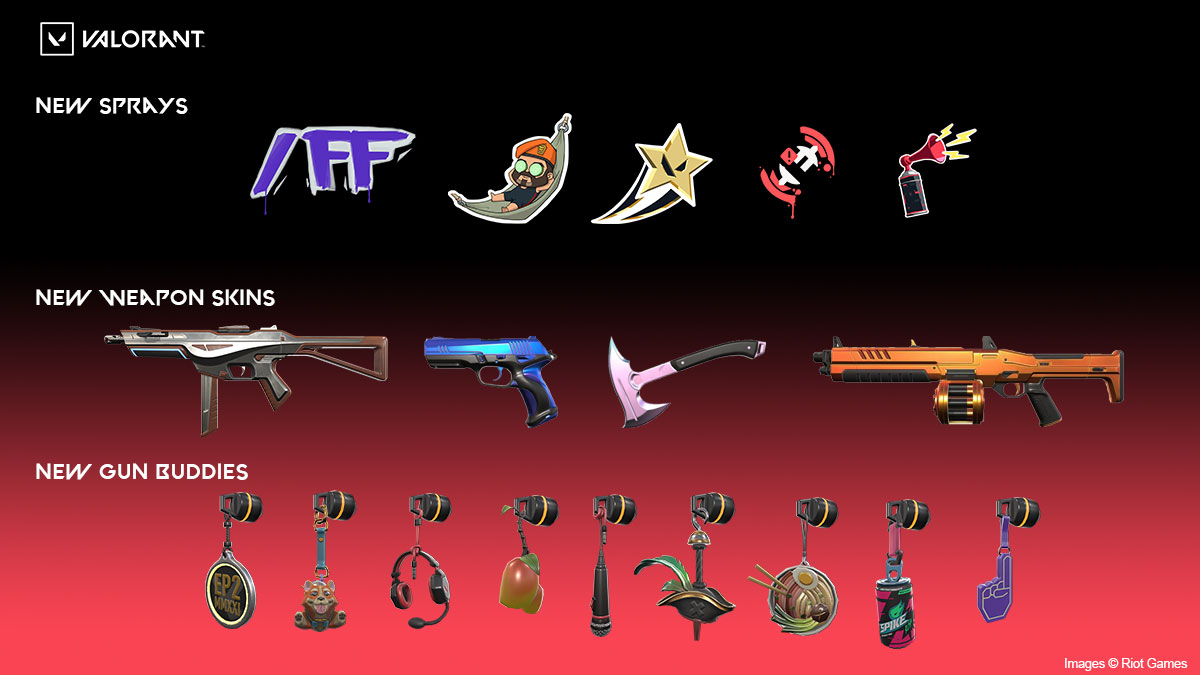 The price for the Battlepass is set at 1000 VP.

Will you be picking Astra the next time you are in a Valorant Match?