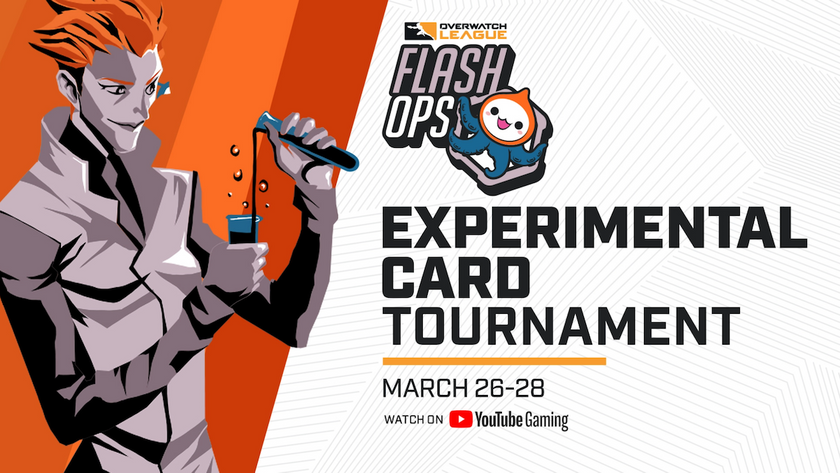 Community figures decide on balance changes for the next Experimental Card and the accompanying tournament.

On March 14th, the Overwatch League held a panel of pro players and community figures to suggest and vote on changes to their favorite heroes for the upcoming Experimental Card.

Overwatch League Analyst Soe Gschwind, MC and Host Danny Lim, and Lead Hero Designer Geoff Goodman teamed up to guide the pro panel, as they proposed changes to every hero in the game. The panel consisted of Boston Uprising DPS

The panel deliberated and settled on changes to almost every hero in the game, totaling more than 45 specific updates. The full list of changes is available on the Overwatch League website. Their decisions will go live to the Experimental Card, which will be available to all players from March 22nd-29th.

These changes will also be used for the Flash Ops: Experimental Card Tournament, which will be held from March 26th-28th. The tournament boasts a US $40,000 total prize pool spread evenly across four regions: North America, Europe, China, and Korea.

Players of all skill levels can enter for free between March 15th-24th via GameBattles. The competition will be fierce, however, as Overwatch League pros will be involved. At least three current players from each of the 20 OWL teams will compete in the tournament.

Both the Experimental Card panel and tournament represent a new level of community engagement for the Overwatch development team. The developers have recently made a vocal and concerted effort to release more frequent updates, specifically target unbalanced and unpopular aspects of the game, and take community sentiment more seriously. In this event, fans will be able to test a patch constructed by some of their favorite community figures, and casuals and pros alike will compete for real prize money.

'Overwatch' gets 120Hz options on Xbox Series X and S