TLO crushes yet another WCS group 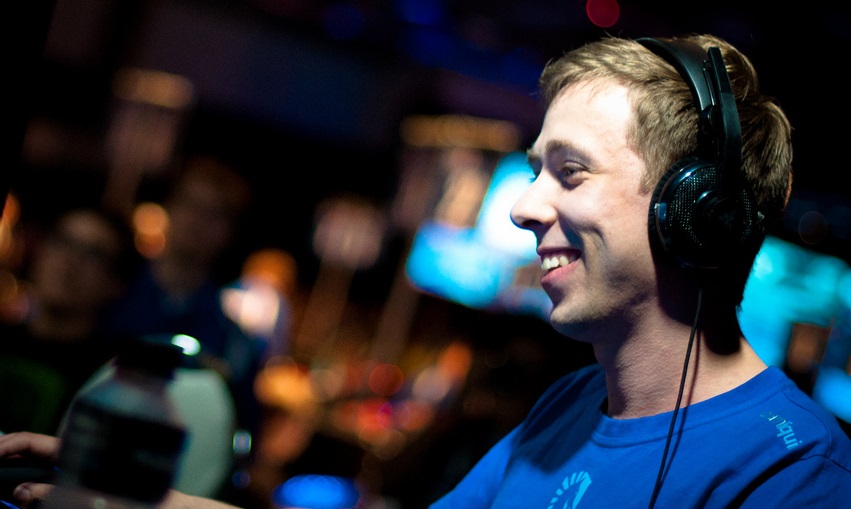 The German Zerg proved Europe's hero once again as he 2-0'd Group A in the round of 16 to advance to the WCS playoffs. ForGG finished second, leaving Strelok and MMA behind.

Placed in a group of three Terrans, TLO had the advantage of having to practice just one match-up and that paid him back in kind. Dropping just one map throughout the entire playday, Liquid's Zerg went through both ForGG and Strelok, using devastating mutalisk raids as well as swarm host drops to leave the Terran armada fighting for the second spot.

At the end of the group, it was up to ForGG and Strelok to settle that particular fight, whose fights over Acer's MMA in the second and fourth match, respectively, had sent them to the rubber series for a do-or-die faceoff. Beating the Ukrainian that so convincingly destroyed his Ro32 required ForGG to do two things only: sit back and defend the technical push in game one and go for mass hellion bonfire in game two, frying SCVs and fighting units alike. ForGG is so far the only one of three Koreans to make it out into the playoffs. The faith of the last remaining Korean representative - IM's MVP is to be decided on May 16th as Group C also featuring SaSe, Lucifron and Vortix will be played out.