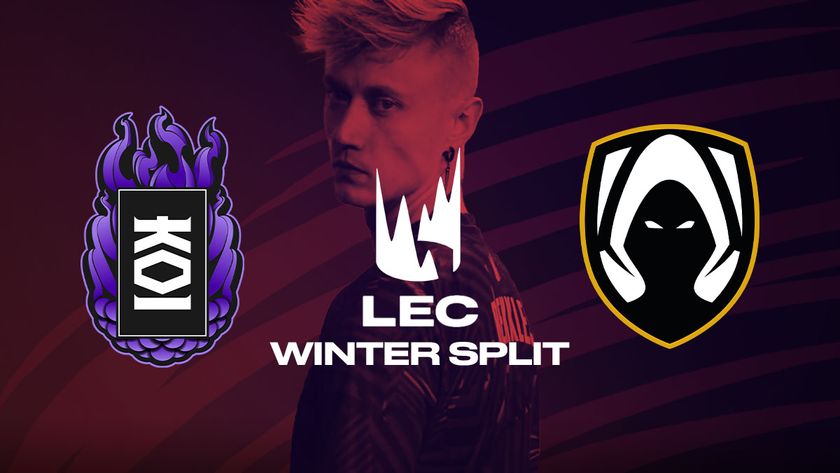 The LEC features an all-new format with three splits and game days.

There are plenty of changes afoot for the LEC, starting with three splits alongside introducing more regions into the fold with the likes of Turkey (TCL), the CIS (LCL), and the MENA. This is the LEC's first step in bringing up the Europe, Middle East, and African region into the limelight.

But for now, the LEC Winter Split 2023 is starting in just a couple of days. It will feature 10 teams with two new names in the form of Team Heretics and KOI. The former acquired Misfits Gaming slot while the latter took over Rogue.

The LEC will be introducing a new format as well as updated game day fixtures, starting with the Winter Split. It will last just six weeks, from January 21 to February 26. The same can also be said for each split duration with the Spring and Summer following suit. There will now also be three game days every week on Saturdays, Sundays, and Mondays. Split Finals will also be taking place every Sunday.

The first three weeks of the Winter Split will be occupied by Stage 1 of the LEC Regular Season. All 10 teams will take part in a single-round robin best-of-one series. Each team will play a total of nine matches to determine the top eight finalists that will move on to Stage 2, the Group Stage.

Here, the top eight will be broken into two groups of four where they will play in a best-of-three GSL format. This features two opening matches between the four teams in one group. The winning team from both matches will face each other in the upper bracket while the losing teams will go against one another in the lower bracket.

This will feature the top four teams in the LEC Winter Split taking part in a Page-McIntyre bracket with all games being a best-of-five series. The top team from each group will place in the upper bracket final of the playoffs. As for the second-placed team in the groups, they will face one another in the lower bracket semifinal with the winner going on to face the loser from the upper bracket before determining who will face one another in the grand final.

The winner of the LEC Winter Split will get a guaranteed slot in the first-of-its-kind LEC finals that will take place sometime in August. From now until then, the LEC schedule will continue as you know it with the Spring Split starting in March and the Summer Split taking place in June. Only during the Spring Split will we know who is going to the Mid-Season Invitational.

One of the biggest talking points coming out of the LEC is the return of the region's four-time MVP, Martin "Rekkles" Larsson. He returns to Fnatic after spending a season with G2 Esports followed by another season with Karmine Corp in the LFL. After missing for a whole year from the LEC, will Rekkles be able to take Fnatic to the promised land once again? In his last ever season with Fnatic back in 2020, they went second in both the LEC spring and summer splits before a disappointing quarterfinal exit in the playoffs at Worlds.

The closest both Fnatic and Rekkles came to touching international gold were back in the 2018 season. That rendition of Fnatic took no prisoners, securing first in both spring and summer splits as well as a semifinal finish at MSI alongside an unfortunate grand finals loss. He will be teaming up with Martin "Wunder" Nordahl Hansen once again after the year they spent together at G2.

Aside from Fnatic, plenty of other teams have made roster shuffles while two organisations got bought over. First was Misfits Gaming who, after six years in the LEC, decided to sell their slot to Team Heretics. A few months later, we saw Rogue merging with KOI, who eventually inherited the former roster while also choosing to stick with its new name. As for the roster shuffles, some of the more noticeable names would include MAD Lions' new squad, G2 and their new additions, as well as Excel Esports by merging veterans with young and promising talents.

With only one team able to get a guaranteed spot in the new LEC Finals later in the year, all 100 teams will be vying to get a taste of what it will be like when August comes around. The LEC Winter Split starts on January 21, this Thursday.

Who do you think will take the spot in LEC Finals?