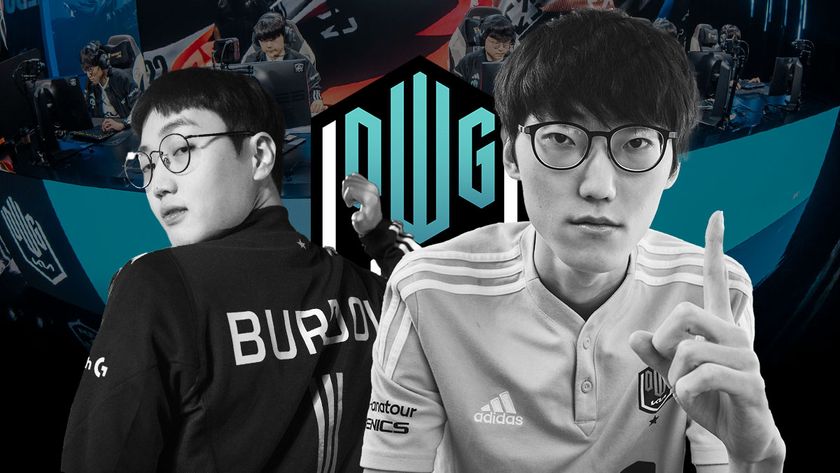 The Worlds 2020 champions will be going through their rebuild.

DWG.KIA rounds up their underwhelming season with both Jang "Nuguri" Ha-gwon and Noh "Burdol" Tae-yoon deciding to opt for free agency instead. This isn't all that DWG will be saying goodbye to as three members of their coaching staff will also be leaving. This includes the team director, Kim "kkOma" Jeong-gyun, head coach Yang "Daeny" Dae-in, and coach Lee "Zefa" Jae-min.

A 2020 world champion with DWG, Nuguri spent a year with FunPlus Phoenix before rejoining DWG in the middle of this season. Despite bringing some much-needed experience to the squad, it wasn't enough to carry DWG to another grand final. Kim "Khan" Dong-ha was brought in as Nuguri's replacement but it wasn't enough last season and he has since retired.

With Burdol being the latest addition, even he could not guarantee a starting spot in the DWG lineup. Having bounced back and forth between the main lineup as well as the DWG.KIA Challengers roster. This was evident with DWG's performances throughout the 2022 season.

After three straight LCK title wins, DWG could never bring their A-game to the international stage. They ended up in third and fourth respectively this season, forcing the team to go through the LCK regional finals to secure a slot in Worlds 2022. Having made it to the playoff stage, DWG's tournament run got ended prematurely at the hands of Gen.G Esports.

Even with three former world champions on their squad, DWG could not make it work once more this season. However, it could be more than just player issues. The fact that DWG released three senior coaches from the organisation shows that they may be going down a different path in the future. Both Daeny and Zefa have been part of DWG's coaching staff before during the 2020 season before coming back this year.

As the transfer season heads into full effect, DWG is now currently left with three starting members in the lineup. They will have the next two months for research and development to see what they can do to bring the team back to its former glory.

Can DWG.KIA ever become a two-time world champion?