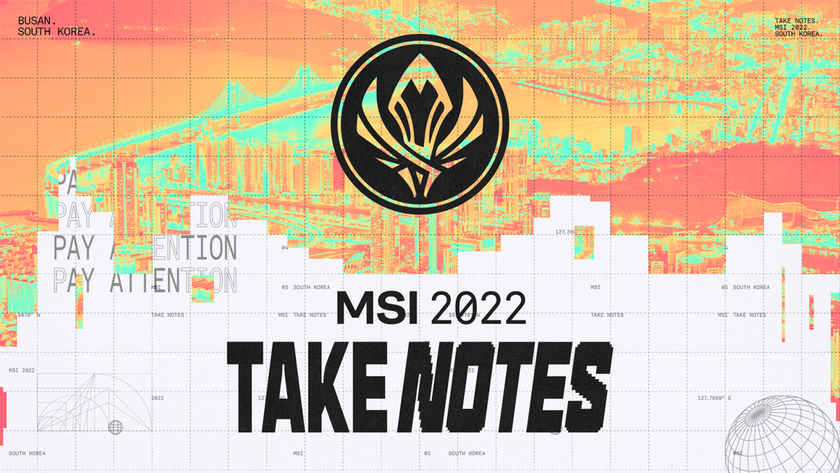 The Mid-Season Invitational 2022 will take place in Busan, South Korea in May.

It has been confirmed that the Mid-Season Invitational 2022 will take place in Busan, South Korea from May 10 - 29. It will also be South Korea's first time hosting Valve's second-biggest tournament with a live audience even allowed to be in attendance. This will be Riot's first live audience after Worlds 2020 in China.

After weeks of speculation, the words finally ring true. The tournament will take place at the Busan Exhibition and Convention Center and will have the same tournament format as the year before. With South Kore now confirmed as the official hosts, it will be interesting to see how T1 performs on the big stage.

They have not attended MSI since 2019 and will be looking to leave a mark, especially on home soil. The team has been on fire recently, going undefeated in the LCK Spring Split and are poised to take the grand finals against Gen.G Esports later this week.

As most regions are now going through their playoffs, we will soon find out who are the confirmed teams that will be heading to Busan, South Korea. The top team from all 11 regions will converge in a month or so with the LCL being the only region to sit out after its spring split was cancelled due to the ongoing war.

From May 10 - 15 will be the group stages with two groups of four and a group of three to determine the top two teams in each group to head to the rumble phase. That happens from May 18 - 22 when six of the qualified teams will play a best-of-one double-round robin (much like the group stage) to see who will be the final four in the playoffs. That takes place May 27 - 29 with the top four competing in a single-elimination, best-of-five series bracket.

In last year's edition, Royal Never Give Up took DWG.KIA to the sword with the LPL team taking out the Worlds 2020 champions.

What are your chances of going to South Korea to catch MSI 2022?