2021 is all about big changes for both Riot Games and League of Legends.

A new year is upon us and with that, a brand new season of the League of Legends Championship Series (LCS). And with the dawn of a new year comes changes aplenty. One of the biggest would be its logo -- it now features a seamless and minimalist design, incorporating LCS into the heart of it. This new and refreshing take on the LCS logo just shows how much the game has grown over the years.

Aside from its new logo, LCS is also introducing a new format moving forward. This started off with LCS Lock-In, which started on 15th January 2021. This three-week kick-off tournament will set the bar on who's the team to beat in 2021 while walking away with a US$150,000 winner-takes-all grand prize.

As for the regular season, it will be expanded to feature up to five games a day, three times a week on Friday, Saturday, and Sunday. The season itself will be split into two: Spring and Summer with its regular season records combined to show the seeding at the LCS Championship at the end of the summer.

For the Spring Playoffs and Finals, it'll be transformed into the LCS Mid-Season Showdown with the winner earning the spot to represent North America at the 2021 Mid-Season Invitational (MSI) as well as the first LCS Championship title. However, the new Summer Split regular season will feature a triple round-robin over nine weeks, giving teams one more shot at rising above the ranks in the NA division.

This will all be capped off with the LCS Championship, pulling top-seeded teams from both the Spring and Summer regular season. The winner will walk away with this year's second LCS Championship title while the top three teams qualify for the World Championship.

Here are the confirmed dates:

But there is more to it than just a revamped tournament format. 2021 is also the year we'll see a revamped amateur system to better introduce young, up-and-coming talents into the ecosystem. This new tournament standard will see other amateur and Academy teams battling it out against one another. Instead of fighting towards the Playoffs and Finals, both Academy and amateur teams will be competing for a spot at LCS Proving Grounds by rising up the tournament ladder. 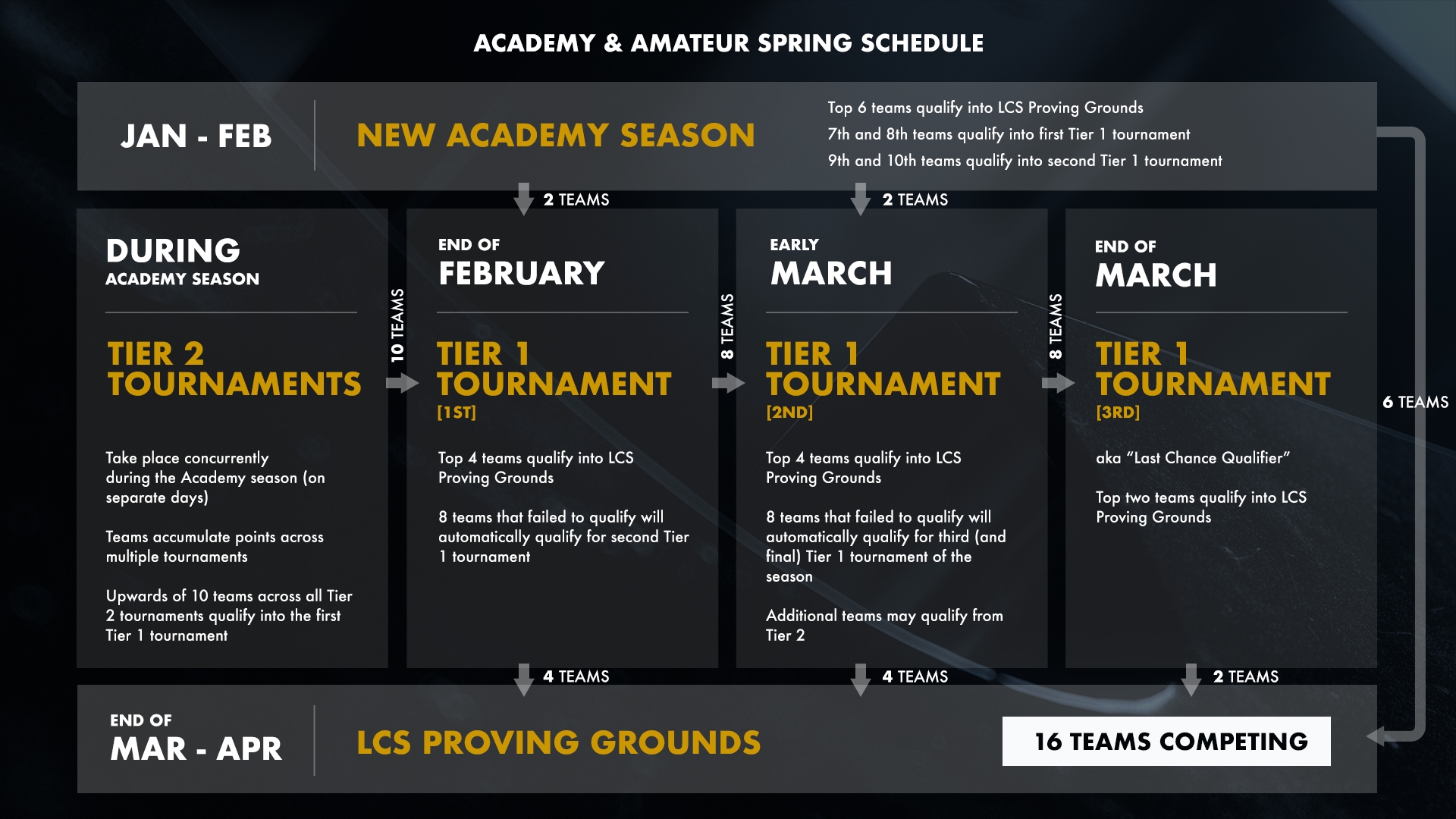 Each academy season will have 10 games per week, spanning a course of 4 weeks in a single round-robin, best-of-one format. The top six teams will qualify directly for LCS Proving Grounds while seventh and eighth place will head to the first Tier 1 tournament and ninth and tenth placing going to the second.

Are you a fan of the new changes?

LCS Lock In groups have been drafted