LoL 13/08/2012 14:21 Gosu “GosuGamers” Gamers
Coming off the back of a hammering at last week's MLG, Team Solo Mid scythed through IPL's Face Off, dropping only a single game. 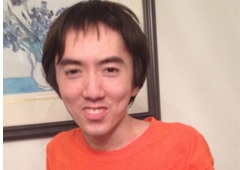 This final was always going to be difficult for Curse. Coming from the lower bracket, they started 0-1 down against a TSM team who had only dropped one game in the whole tournament so far. On top of that, TheOddOne and co were still smarting from last week's humiliation at the hands of Azubu Blaze. They would be looking to show the world that they are still one of the best teams in League of Legends. That's exactly what they did.

Game one started cagily, with both teams content to just farm up some gold. A lane swap from Curse accomplished little, as their 1v2 lane fared much worse than TSM's. The game was so passive that first blood didn't happen until a fight over dragon, 15 minutes in. TSM took a 2,500 gold lead thanks to a Reginald double kill and the consequent free dragon. Another six minutes of farming passed before Curse got on the board, picking off Corki and taking an uncontested dragon because of it. Then things started to happen. A fight in the middle lane went in 3-2 in favour of TSM, with another fight just minutes later going 4-2 for the MLG runners-up. Off the back of that fight they took baron buff and were able to knock down multiple towers. Another team fight broke out in mid, just after baron buff wore off, but by then TSM were too far ahead anyway. They aced Curse and waltzed into an undefended base for the win.

Game two was a little more action-packed in the early stages. Curse's Amumu was denied his buffs for a long time, with first blood going to TSM at the second spawn of Curse's blue buff. Already 2-0 up, TSM had swapped lanes this time, but Dyrus' Rumble was able to out-farm Kogmaw despite being 1v2. A free dragon for TSM extended their lead and it wasn't until the next blue buff spawned that Curse were able to get a kill. Even then, they traded one-for-one. Taking a page from Blaze's strategy book, TSM had all three outer turrets down by the 20 minute mark and things were looking bleak for Curse. After picking of Curse's Zhyra, TSM were able to trade four-for-one at the bottom tier two turret and picked up a free baron. From there, the game was over. A handful of kills later the nexus was down and TSM were IPL Face Off champions.