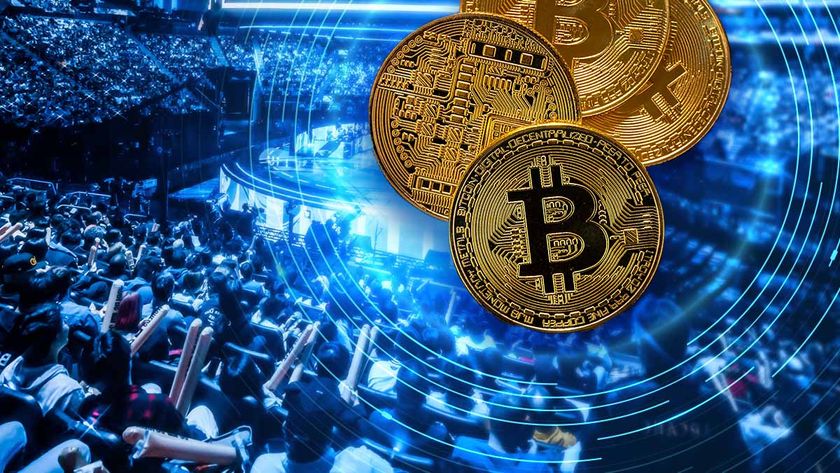 Esports already has been treading on a volatile economic system, so how does the collapse in the cryptocurrency industry affect it?

It's no secret that esports mostly seem to function within a volatile economic system.

In the past, the biggest threats to the financial stability of esports and tournament organizations came from the money launders and those looking to get involved in an industry with overinflated market reports that tout esports as a billion-dollar profitable enterprise.

For example, some developers such as Valve have maintained a permissive free-market approach, not holding any exclusivity rights to tournaments, anyone with money or a plan can submit a request to Valve for an in-game ticket and hold an online or LAN event. The process is relatively simple and open to all.

The results can be and have been detrimental to the players when an event is organized by someone with bad intentions, looking to make a quick dollar or see their name in lights.

Several years ago, Valve filed a lawsuit against tournament organizer GESC for their failure to pay $750k in wages and prize money during DPC 2017-2018 season, pertaining to both GESC Indonesia and GESC Thailand. As of now, reports indicate that the debt still has not yet been settled.

A case of a different example, but equally damaging is when Forward Gaming picked up a Dota 2 team in September 2018 and was based out of New York, convenient since the team was originally living there. The org was newly established, with Dota 2 being their first esports adventure.  An extensive blog revealed how the Venture Capitalist group decided to get involved in the industry and why they chose Dota 2 to begin with.

While mismanagement of funds and resources could be a real factor,  it is not without reason to conclude that a reason for their financial problems could stem from the current scene of Dota 2 not aligning with their initial projections and potential.

A team headed for TI9 and the organization still chose to let their roster go, rather than ride out the next month and seize the possible assets and momentum going into the new season with a revitalized start and bank account.

That is simply because, the money - the sponsors and the various tournament prizes- aren't there to be had unless you are part of the elite, top teams.

More recently a new 'actor' has entered the game.

Much of the industry is heavily reliant on sponsorship and brand partnership revenue with an overbalanced tendency towards riskier industries such as gambling and newer trends or emerging industries.

Many of the big non-endemic sponsors such as AT&T, Comcast, Telekom, and HTC don't really care specifically about Dota or The International. It's a one-off event that doesn't get them anything in the long term. With a large majority of the English-speaking fan base being located in the SEA region, it is also not a market that is lucrative nor attractive to international sponsors.

NFTs, cryptocurrency, and the blockchain took no time at all to converge with the gaming world and esports.

According to Globant’s Metaverse Awareness Survey in July 2022, over a third of gamers are interested in purchasing, trading, or earning cryptocurrencies.

FTX was also a major partner of the leading Brazilian esports team FURIA.

This is of course in addition to Coinbase and Crypto.com, which are sponsoring every other possible esports team, league, or tournament events thanks to the positive (financially) impact crypto money (and gambling money) has helped line pockets.

At the forefront of every LCS partnership, we consider the sentiment and interests of our fans,” the company said. “This data strongly informs our decision-making process, helping us hone in on partners who are relevant to our audience and can elevate the LCS for years to come.

Those metrics pointed to a direct interest in the crypto category, where FTX stands out as an innovative, thoughtful leader in a space our fans understand. Together, we’ve only just begun to press our advantage.

The deal immediately raised eyebrows from the esports community, as just months prior, LCS denied TSM from using FTX branding for their LoL team.

That's because Crypto marketplaces are often treated in the same category of risk as alcohol and gambling, which requires that international broadcasts and tournaments be carefully censored in certain regions.

In the recent Fortnite Championship Series 2022 Invitational, TSM taped over the FTX in its logo because EPIC's public event license terms, which restrict the promotion of sponsors in a number of “risky” categories, including crypto.

However, the collapse of FTX last week left the cryptocurrency industry and esports in a bind.

FTX, a popular cryptocurrency exchange based in the Bahamas, collapsed last week after a CoinDesk report revealed that the company lacked the funds to back customers’ withdrawals. The company declared bankruptcy on Nov. 11, 2022, and the founder/CEO Sam Bankman-Fried stepped down with his $16 billion net worth down to near-zero.

Top gaming brand TSM announced on Wednesday that it has cut ties with crypto exchange FTX, suspending its once $210 million partnership indefinitely.

Another big name from the industry,  Binance, is also being investigated in regards to mishandling funds, and the value of bitcoin has fallen more than 60%, spooking investors even more.

So what does that mean for the financial security of esports?

Most of the funding for teams, events, and organizations seems to come from short-term partnerships or solutions looking for long-term profits. Obviously, not ideal due to the obvious disconnect and instability as already noted and seen.

Diversification is ideal, with income from multiple and various sources vs putting all of your eggs in one basket.

Crowdfunding, in-game purchases, gaming peripheral sponsors, energy drinks are all ways that have been leveraged in the past, but as salaries, inflation and demands grow it gets harder and harder to find income amounts and sources to meet those needs.

Organizations that can find ways to leverage other sources and tap into new markets or think outside the box will have more stable and sustainable futures.

Did you expect this to happen with crypto sponsors?

Yes of course
Thank you for voting!
No, I am a crypto bro - don't say these things
Thank you for voting!
Cristy “Pandoradota2” Ramadani
Pandora is a behind the scenes Dota 2 professional Jack of All Trades. When not busy with Dota 2 work, she is out trying to save the world or baking cupcakes. Follow her on Twitter @pandoradota2
Share Tweet