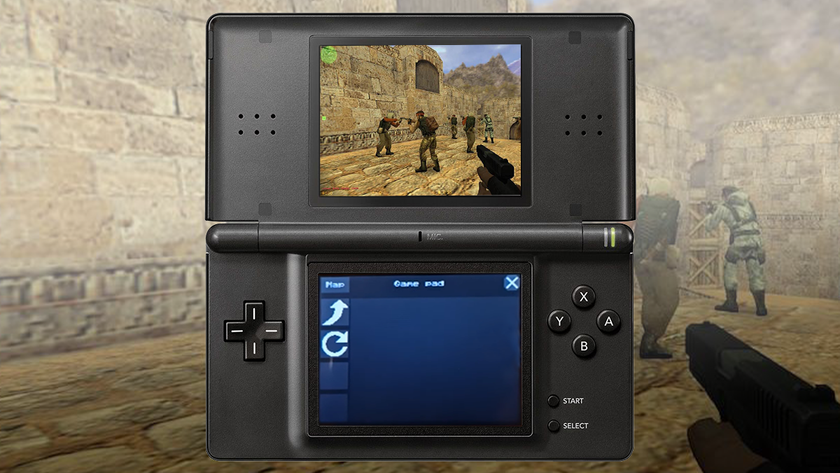 The game runs smoothly on the old portable console – and it even cross-play with the PS Vita.

Sometimes, you just want to play on the go. With online streaming services like Nvidia GeForce Now, you can play CS:GO on your mobile phone. But what if all you have is a Nintendo DS? Well, someone has successfully ported the tactical shooter game onto the venerable portable console.

It has to be prefaced that this is the original Counter-Strike, not CS:GO – but the technical challenge of porting the Source engine into something that can fit into a DS cartridge is impressive.

The programmer, Fewnity has dubbed the project a “work in progress” and has thus released the game as an alpha build.

The game is played on the top screen, while the bottom screen is where the starts and weapons purchase happen. The game is controlled using the D-pad and the touchpad, to simulate a keyboard and mouse control.

The game has been in development since February 2021. New features added include bot matches and get this, cross-platform playing with a PS Vita!

Would you play Counter Strike on a portable platform?

Yes
Thank you for voting!
Not so much
Thank you for voting!
Sharil “memeranglaut” Abdul Rahman
He dabbles in Esports, checking out what's new and hip with the industry. Outside of Esports and gaming, he likes Japan. Ijou. Check him out at @SharilGosu
Share Tweet
7 people reacted to this post