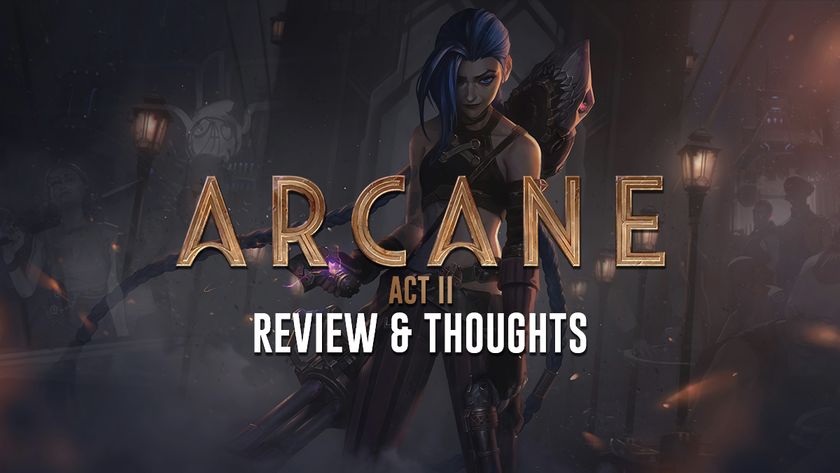 Act I of Arcane started well with Act II further developing on our favourite champions' origin stories as well as their respective storylines with the focus being split between Vi and Jinx alongside Viktor and Jayce.

Arcane has been a critical success so far, even with only two of the three acts released as of right now. It has a 9.4 rating on IMDB as well as a 100% rating on Rotten Tomatoes, which should bode well for the future of the animated series if it does get renewed for a second season. Act I was released over a week ago with many praising its storytelling, its hand drawn-like animation blended with CGI, as well as worldbuilding.

If you have yet to start on Arcane and would want to give it a go, you can check out our spoiler-free review. Heading into Act II, the show fast forwards years into the future where we see Piltover become the beacon of import and export amongst other things with the help of Hextech. This has left Zaun in a terrible state, plunging the undercity into further darkness while Piltover prospers. But at what cost does Pitlover's prosperity come to when it's at Zaun's expense?

That is what Act II attempts to answer with Piltover celebrating its 200th anniversary known as Progress Day. As the city flourishes, Zaun has been left behind with its people dying to keep themselves alive. Despite being an action-adventure fantasy event series, Arcane also isn't afraid of getting political. It gives you a more detailed look at how Piltover operates, which if you're familiar with politics, comes with its fair share of deep-rooted corruption. This trope does get tiring at one point when you think about the amount of corruption that does happen in your own country as well as the rest of the world.

One aspect that Arcane has to be applauded for is the performances of its voice actors, particularly Ella Purnell, who voices Powder/Jinx. Her Harley Quinn-like performance made Act II enjoyable and nerve-wracking due to her manic behaviour that could go either way. It was also a good contrast from Hailee Steinfeld, who voices the more straight arrowed and blunt Vi. So far, the voice acting choices have been pretty spot on with each cast member able to bring life to the characters.

With Act III releasing tomorrow, we'll finally get to see what happens to the likes of Vi, Jinx, Jayce, and Viktor alongside the rest of the crew like Heimerdinger and Caitlyn as well. However, Act II answered many questions while posing new problems as well. The introduction of the Firelight adds a new element to the ever-expanding story of Arcane.

The character development is easy to follow without feeling too rushed; it also gives time for you to develop an emotional connection with their storylines, especially if you're not familiar with the lore of League of Legends. Speaking of which is something that Riot has done well as part of their storytelling and worldbuilding. Without putting too much emphasis on the lore and letting their origin stories tell themselves, it makes for an easier understanding of the story moving forward.

What to expect with Act III

At this point, there will be minor spoilers ahead as we are talking about speculations that could happen in Act III. And to do so, you must watch the first two Acts to be familiar with the story. With that said, if you don't want the story to be ruined for you, turn away now.

Now, one storyline that Act II has seemingly left out is Vander. Only mentioned in a few lines throughout three episodes, it's clear that Riot is keeping it quiet for now to build the anticipation for Act III. With Vander's future seemingly unknown after his apparent demise, many have been speculating if Vander is the origin story for another League of Legends champion, Warwick.

Known as the uncaged wrath of Zaun, Warwick is a monster who haunts the alleyways of Zaun after being transformed through numerous experiments. Not much is known of Warwick as told by the official lore other than that he was a gangster who turned away from that life to lead a better one. But unfortunately, it didn't work out that way. While there are still a few holes in the evidence, it could all be explained in Act III.

How hyped are you for Act III of Arcane?