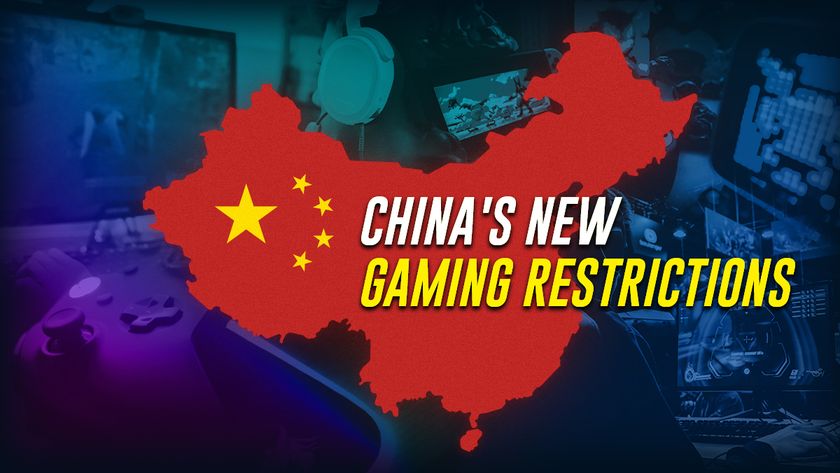 China tightens its limits on gaming for the youth under the age of 18, but what benefits or consequences do the restrictions create?

While WePlay is getting ready to wrap up their Youth Academy League featuring a $100,000 prize pool for young players (4/5 of the roster must be between the ages of 16-20), China is tightening up its policy regarding how many hours minors can play video games per week.

Chinese children and teenagers are barred from online gaming on school days, and limited to one hour a day on weekend and holiday evenings, under government rules issued Monday.

The restrictions, originally implemented in 2019, have been made more strict as the government cites an increase in online gaming addiction in school-age children.

Under the old rules, players under the age of 18 were limited to no more than 90 minutes of gaming on weekdays and three hours a day on weekends and also limited the monthly amount that minors could spend on microtransactions, with the maximum amount ranging from $28 to $57, depending on age.

However, parents had complained that this was too generous and had been laxly enforced.

The new rule sets the permitted gameplay hour to 8 to 9 p.m. on Fridays, Saturdays, and Sundays as well as on national holidays.

The new rules also state that companies must make sure that players are using their real names and phone numbers to sign on and must prevent individuals who don't use their true identity from logging on. In July, Tencent rolled out a facial recognition “midnight patrol” function to root out children masquerading as adults to get around a government curfew on underage gamers.

The World Health Organization first recognized an addictive behavior pattern known as "gaming addiction disorder" in 2018, and characterized someone suffering from the disorder as exhibiting, "significant impairment in personal, family, social, educational, occupational or other important areas of functioning."

Although the diagnosis is not used lightly and requires significant disruptions in multiple areas of daily life, some still have concerns about the impact of gaming on not only individuals but the community as a whole.

By imposing these new rules, the Chinese government is hoping to create "positive energy" among young people and to educate them with what Beijing considers "correct values" and cultural conformity.

Anyone that has joined pub games across the online world has come face to face with the pervasive toxicity problems. Over the course of the last years, the toxicity has reached new levels. It has now started to include using slurs and other racially motivated insults.

It’s been discussed before, the topic isn’t new. Women are targets of online harassment, abuse, and discrimination. Gender discrimination along with the barrage of harassment is unfortunately even more commonplace in esports than we should be able to admit. Biased gender role views, lack of inclusion of women, prejudice, and harassment continue to plague the experiences of women in esports on a global level.

While many Chinese parents may applaud the gaming restriction and it does seem to aim at isolating and protecting minors from being subject or involved in negative behaviors online, does it actually translate to changing the culture?

No doubt many criticize the government interference as being "unreasonable" and "arbitrary" for exactly this.

In addition, it seems that minors under 18 years old will not be able to compete in esports tournaments.

For years China seemed to be ahead of the curve when it came to an infrastructure that promoted and enabled aspiring players to become professionals. There were academy teams, leagues and there always seemed to be a way for young and new players to reach new heights.

Systems whose role is to provide experience and training to younger players with an agreement if successful can move on to a higher level at a given point.

To give an example ViCi Gaming has a large sports 'campus' in shanghai, in it they can house multiple main and secondary teams, put all the coaches and staff and media/management/promotion cheaply under one roof, acquire youth players' contracts, and rights when they are young and still looking for basic support to pursue their dreams

We have seen so many Chinese Dota 2 players rise up through the ranks to make a claim to being among the most elite in the world.

LGD has had a ton of youth teams for a while and still do, so does VICi, and the bulk of their current top players come from their 'farm system'.

For LGD it's ame and maybe from CDEC, chalice was bought from another organization, xnova from SEA (where they want to keep establishing LGD.int for a direct pipeline but they've been ahead of the curve in getting SEA players, ah fu being another example).

For ViCi, yang, pyw, fade, dy all spent time in their youth system.

By limiting the play, opportunities, and cultivating interest at younger ages, what will the future state of the game be for players to be able to continue to enter into the playing field and prosper?

And then what will happen to an aging scene where retirement is often seen in the late 20s and by 30s players are considered 'old'?

Though often many steer away from talking politics in gaming there are times that the elephant in the room can't be ignored.

There is another side to this restriction. A side that isn't necessarily to protect the minors, but to protect the country. The way China builds its nation, the people are their assets.

Not long ago it was reported that in China esports was called the "opium of the mind".

Esports is growing so fast that it's obvious any talent at any age can be successful because the barrier to entry is low. If the new generation is going to be that focused on esports, what's going to happen to the other industries?

Hence gaming is perceived as opium, a form of escape that takes the people away from their focus on building their nation.

So who is this restriction really benefiting and for in the end? Is it helpful at all for the youth or serving the country's agenda?

Will this tighter restriction affect esports in China?

Yes, how can it not?
Thank you for voting!
Nah, it will have only a minor effect
Thank you for voting!
Cristy “Pandoradota2” Ramadani
Pandora is a behind the scenes Dota 2 professional Jack of All Trades. When not busy with Dota 2 work, she is out trying to save the world or baking cupcakes. Follow her on Twitter @pandoradota2
Share Tweet
153 people reacted to this post