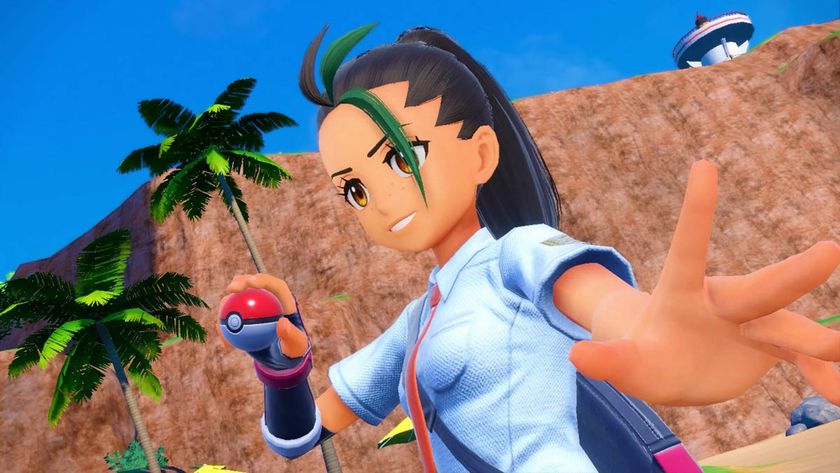 Pokemon Scarlet and Violet might be the franchise's buggiest games yet.

Pokemon Scarlet and Violet launched last Friday, and it didn’t take players too long to realise that both games have problems that go way beyond performance issues. Players are sharing videos of the games’ many, many bugs and glitches with Cyberpunk 2077 levels of hilarity - from trainers suddenly turning into kaiju to character models clipping through each other.

For example, meet the nightmares you encounter while roaming Paldea:

Couple that with the games’ already problematic performance, and we’d be hard-pressed to call this a win for Pokemon fans everywhere. The games struggle to run at the bare minimum of 30fps, very often dipping to 20fps and below during gameplay and cinematics. Scarlet and Violet also have issues loading in the world of Paldea even when players are stationary in battle, leading to glaringly obvious texture pop-in. Because the whole game slows down when it drops frames, you also get cutscenes where character models move like this:

Developer Gamefreak won’t be financially hurt by any of this bad press, of course. The company only recently announced that both Scarlet and Violet have become the most pre-ordered games in franchise history - and we can safely expect both titles to continue selling well around the globe despite the bad word of mouth. Some players are reporting that both games are suffering from a memory leak, which leads to worsening performance the longer they're played. This can be solved by either resetting the game or hoping for a future update that patches up the leak, but the baseline performance you’re left with still isn’t great.

Right now, the general consensus is that Pokemon Scarlet and Violet are fun games to play as long as you can ignore all these issues, but they still shouldn’t be present at all in games of this caliber. Pokemon is the most successful and instantly recognisable franchise in the world, and to see its mainline games launch in this state is a depressing thing. The Nintendo Switch is certainly showing its age, but we’ve played multiple Switch games that blow Scarlet and Violet out of the water both mechanically and visually since the console's release. This one seems to be on Gamefreak.

It's a shame, because Scarlet and Violet have a few good ideas buried underneath all this glitchy chaos. Introducing multiple story paths for players to follow allows for more freedom of exploration, and multiplayer has really been fleshed out here compared to previous titles. The majority of new Gen-9 Pokemon sport whacky designs and punny names we can’t help but love, and Paldea as a whole is a fun region to explore. Hopefully, Gamefreak takes the current online backlash as a sign to shape up - but if we're going by those pre-order numbers, they really don’t have to.

Are you enjoying Scarlet and Violet?

Asian Board Games Festival 2022 kicks off in Singapore this month