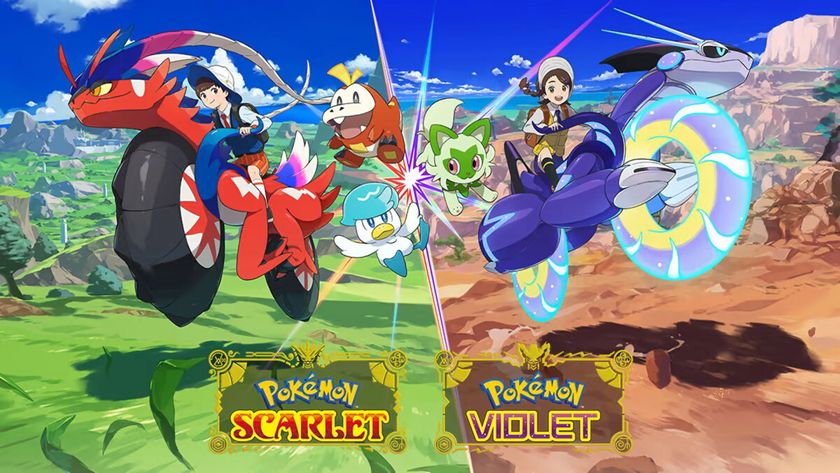 From bread dogs to motorbike Legendaries, these new Pokemon games have it all.

This week’s Pokemon Presents presentation gave us a new look at the next mainline Pokemon games: Pokemon Scarlet and Pokemon Violet. A new trailer revealed that the game will be set in the Paldea region, a vast open-world expanse with eight gyms that players can tackle in any order they want.

Check out the trailer:

First up, let’s talk about the new Legendary Pokemon, Koraidon and Miraidon. In a surprising twist on series formula, you’ll be getting these Legendaries at the start of the game instead of at the end. That’s because they function as rideable all-purpose mounts, transforming into planes, boats and motorbikes depending on the terrain you’re traveling through. Confusingly, one of them gallops on all fours despite having a set of wheels. Cool or dumb? You decide.

We doubt that you’ll get to add Koraidon and Miraidon to your party until the end of the game, however. Story progression in Scarlet and Violet is also getting a little shake-up. Instead of going through the game in a series of linear quests, you’ll be given three different arcs to explore in any order you want, under an adventure called the ‘Treasure Hunt’. The Hunt is given to you by the headmaster of an academy you’ve enrolled in in Paldea, finally solving the problem of children in this franchise not getting a proper education. Seriously, none of them go to school. Have you noticed that? Not even Ash!

One of these three story arcs will have you challenge the game’s eight gyms. These gyms are spread all over Paldea’s multiple biomes in the open-world, and you can go through them in any order you want. The presentation also hinted that the three story arcs can be completed in any order too, but left the other two vague in detail. We’re guessing one of them has to do with completing the Pokedex, and the other involves the main story regarding the Legendaries.

Ever since Mega Evolutions popped up, every mainline Pokemon installment has launched with some sort of Pokemon-boosting gimmick. This time around, it’s called Terrastelising, an ability that coats your Pokemon in glittering crystals and powers them up in battle. Some Pokemon will also change their type completely when they Terrastelise however, forcing you to adapt quickly in battle. Unlike previous gimmicks (like Dynamaxing in Sword and Shield), you can Terrastelise all Pokemon in the game without exception. You can also enter raids to take down powerful Terrastelised Pokemon in co-op multiplayer.

We also got a handful of new-gen Pokemon shown off in the trailer. Wooper has a new Paldean form that just looks like Wooper, but muddy, and Cetitan is a massive ice-type land whale that wanders around the snowy region. Best of all is the tiny bread loaf Fidough, a puppy that breathes yeast. It's fun on a bun.

The presentation also mentioned that the Pokemon World Championships will return later this year with two new titles in competition: Pokemon Go and Pokemon Unite. The Championships run from August 18 to 21 in London. Pokemon Scarlet and Violet launch on the Nintendo Switch on November 18, 2022.

What do you think of the new rideable Legendaries?