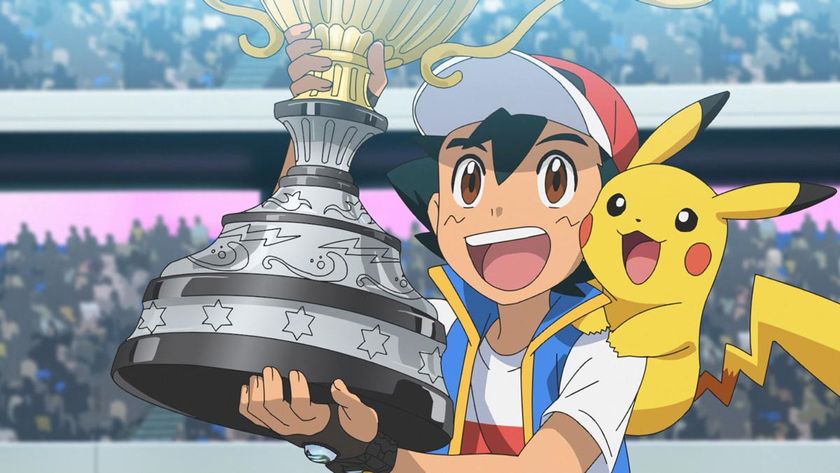 Ash has officially become the very best, like no one ever was.

Lead protagonist of the long-running Pokemon anime franchise Ash Ketchum has finally become the Pokemon World Champion. This feat has taken him an astounding 25 years of adventuring across multiple Pokemon regions to achieve, suffering heavy losses at various championships while making new friends and discovering new Pokemon along the way. Despite his 25 years of experience, he’s still just 10 years old. A job recruiter's dream.

Ash finally rose to victory in the latest episode of Pokemon Ultimate Journeys: The Series, which pitted Ash against the Galar region’s Champion Leon in the Pokemon World Coronation Series. The World Coronation Series is very different from the usual regional tournaments Ash has participated in in the past - it’s a global championship that features the very best Pokemon trainers from all regions across the globe. That includes familiar faces like Steven, Lance and Cynthia.

Obviously, Ash had his permanent companion Pikachu to help him earn the victory. During his final battle of the series, his team consisted of Pikachu, Dracovish, Gengar, Sirfetch’d, Dragonite and Lucario. The fight ended with Pikachu going head-to-head with Leon’s powerful Charizard. The anime milked the fight for all that it was worth, amping up production values to animate Pikachu’s massive winning blow against Charizard.

Seeing Ash come this far is enough to make any Pokemon fan emotional, and it caps off a series built on nostalgia for the anime franchise. Pokemon Ultimate Journeys: The Series saw Ash and his new companion Goh travel the globe, bumping into old friends like Misty, May, Dawn and of course, Brock along the way. The climactic episode even gave us a little cameo of Ash’s original team from the earliest episodes: Pidgeot, Butterfree, Squirtle, Bulbasaur, Charizard and more.

It’s worth noting that while news of Ash’s triumphant win has been all over social media lately, the new episode hasn’t been released in English just yet. Only the Japanese broadcast is floating around online, but Netflix will likely carry the new episodes sometime soon. Season 1 and 2 of Pokemon Journeys are already on the streaming service, and this new episode should go under Season 3.

Do you think the Pokemon anime plans to retire Ash?

Web3, crypto, NFTs and you: The rise of blockchain gaming explained