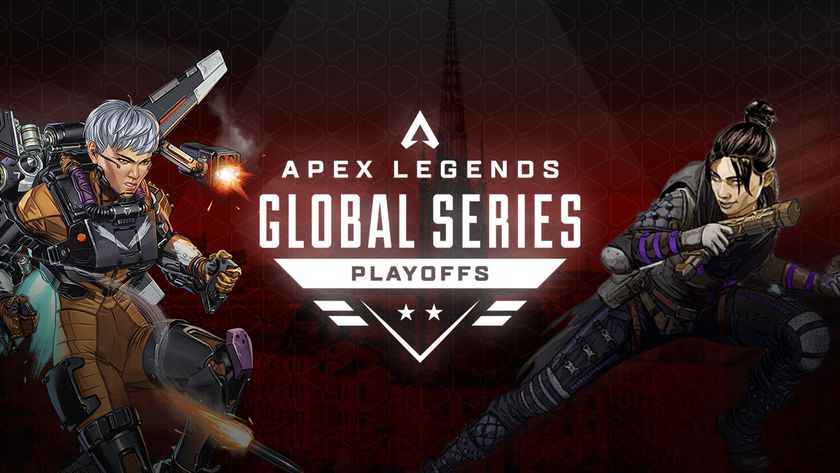 After more than two years, the Apex Legends Global Series is back for its first LAN in Stockholm, Sweden.

This weekend, Stockholm plays host to the Apex Legends Global Series: Split 2 Playoffs where the top 40 teams from the five Pro League regions will battle it out to claim the top prize of a total US$1 million prize pool with US$250,000 for the first place. This will also be the first ALGS competitive LAN to take place after over two years due to the global pandemic.

The last time we saw an official LAN for Apex Legends was back in 2019 for the Apex Legends Preseason Invitational. While many more LANs were planned for the following year, Covid had put a stop to all that. This will also be the first time that these teams will meet one another in person to determine who will be the best ALGS team in the world.

There is also plenty to unpack for the ALGS Split 2 Playoffs, especially when it comes down to which teams to look out for, the legends that will be in play, as well as the map rotations for the tournament.

Starting with the group stage on April 29, all 40 teams have been split into four groups of 10. Each group will play one another in a six-game series to ensure that every team will play a total of 18 games each. At the end of the day, the top 20 teams with the highest group stage score will move on to the upper bracket while the bottom 20 will start in round one of the lower bracket.

The finals will be happening on the third and last day, May 1 with the top 10 teams from the upper bracket getting seeded placements with advance starting points based on their performances in the previous round. The games will be played in a match point format where once a team reaches a minimum of 50 points, they will be 'match point eligible' where their next map victory will give them the championship.

With 40 teams from the top five Pro League regions competing for the top prize, it's easy to get lost on which teams you should be focusing on. There are 10 teams from the EMEA, 10 from NA, 10 from Asia-Pacific, five from Oceania, as well as five from South America. And with this being the first time these teams will be facing off on LAN, it will be interesting to see who comes out on top. Of course, you cannot discount NA given the amount of talent and experience that many of the top teams in the region have at their disposal.

One of which is TSM, arguably one of NA's best teams to take the tournament. They are the only team in NA that has won two major LANs since the launch of Apex Legends with that being the EXP Invitational - Apex Legends at X Games Minneapolis as well as the Apex Legends Preseason Invitational. TSM also came in first at the ALGS 2022 Split 1 playoff for NA where they made it to match point after winning the fourth round. However, they didn't manage to grab another win until the very last round, which saw some impressive shot-calling from the team's IGL, Phillip "ImperialHal" Dosen. It was a series worth remembering for the team overall as Jordan "Reps" Wolfe and Evan "Verhulst" Verhulst had major success during the team's run in the playoffs with both players playing their roles to perfection.

However, NA as a whole is full of talent with the likes of NRG, OpTic Gaming, G2 Esports, Cloud9, and 100 Thieves as some of the more notable names who stand a good chance of taking it. Elsewhere, the likes of Alliance, Team Empire, and Acend from the EMEA pose a serious challenge for the title. Alliance in particular will pose a real threat as they will have the home ground advantage with the team hailing from Sweden. It's also best not to look down on the Oceania region with Reignite coming in as the region's top team. Teams from the northern Asian-Pacific region including Japan and Korea also come into the tournament as dark horses due to their unpredictability.

With all 20 legends currently in play for the tournament, we won't be seeing much change to the current meta that you're familiar with from any of your favourite team's streamers. The likes of Wraith, Gibraltar, and Valkyrie will be the familiar faces of the tournament while Legends like Ash, Mirage, Caustic, Seer, Horizon, and Crypto will probably be making an appearance as well. We could probably see a Loba or two thrown into the mix as well as Bloodhound and Revenant, depending on a team's playstyle and composition.

And after Respawn Entertainment dropped the latest trailer for the latest upcoming Legend, it'll be interesting to see how Newcastle will fit into professional play, given his ultra-defensive kit.

With the first LAN tournament after over two years, the atmosphere is palpable in Stockholm as fans eagerly await the start of the ALGS Playoffs. Both Twitch and EA will also be bringing the Multiview experience to your PC. This gives you the choice of being able to have up to four split-screen views of your favourite players or team. Twitch Drops will also be making a return but only on day three where you stand to win items with just three hours of viewing. Don't forget to tune in to the official broadcast when it starts later today!

Will you be watching the ALGS Playoffs?