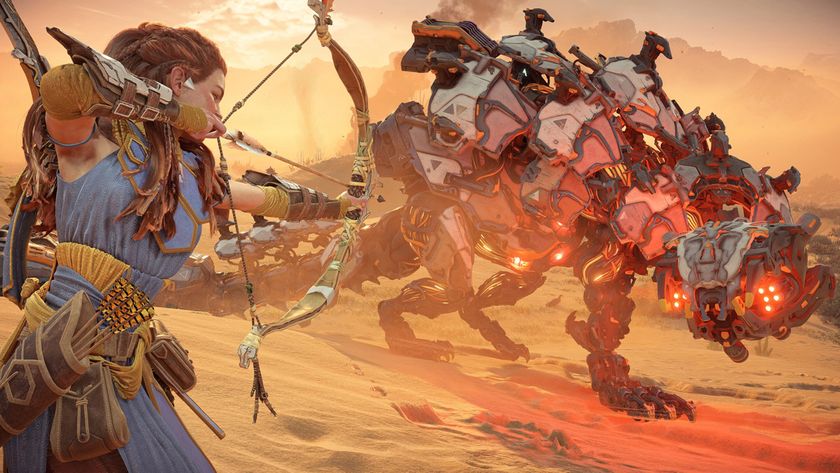 Horizon Forbidden West is setting up big things for Aloy’s next adventure by taking big swings on its sci-fi premise.

Guerrilla Games’ Horizon Forbidden West increases the stakes of Aloy’s machine-hunting escapades massively, with the heroine carrying out a task far too big for one person to handle alone: saving the entire world from imminent destruction. While Aloy’s travels were previously limited to East America, here she goes into the mysterious and dangerous west, a place filled with all sorts of new tribes and machines - most of them quite unfriendly.

Horizon Zero Dawn felt like a standalone adventure with little room left for a sequel, but Guerrilla has cracked Aloy’s world open in this Empire Strikes Back-like sequel. Forbidden West feels very much like the middle chapter of an intended trilogy, escalating the stakes to gargantuan proportions and leaving them that way even after the credits roll. The world around Aloy is deeper and much more fleshed out than ever before, and only now does it feel like PlayStation has a blossoming franchise on its hands.

But where will it go next? Spoilers ahead! 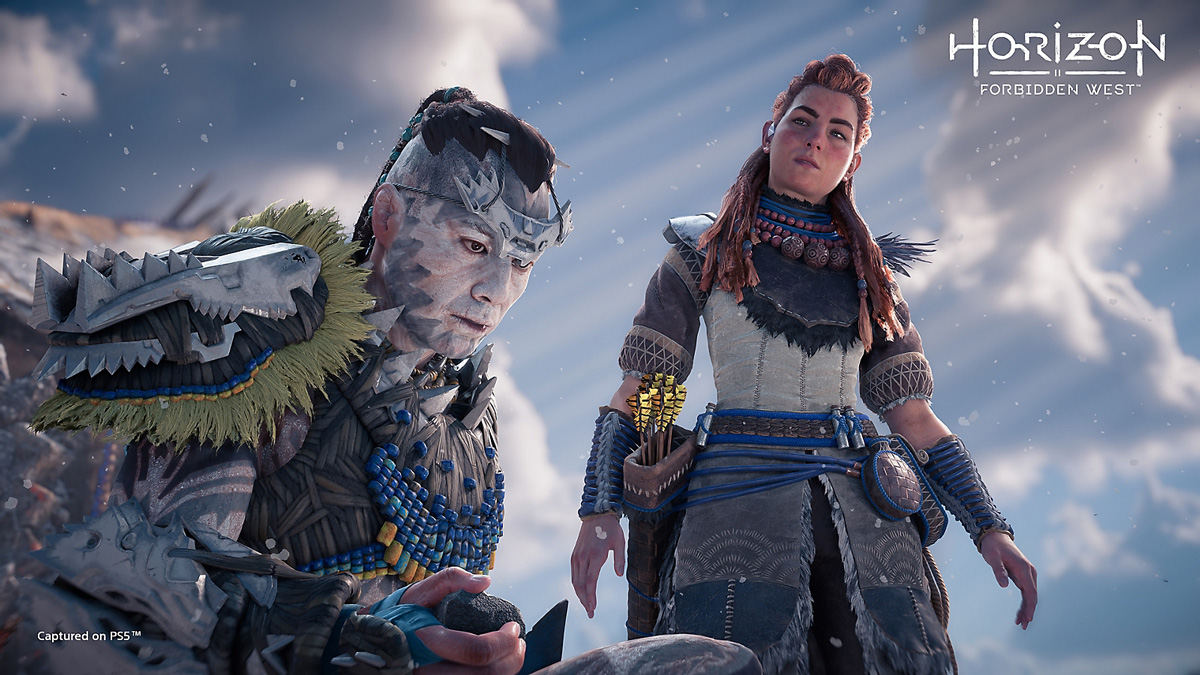 In Horizon Forbidden West, we learn that Aloy fled Meridian smack-dab in the middle of celebrations held in her honour. She didn’t do this without a good reason, of course - Aloy has a mission. GAIA, the artificial intelligence system tasked with restoring Earth to its former glory, was destroyed under mysterious circumstances. Without her, Earth’s biosphere is crumbling and yet another apocalypse is imminent. Still, her abrupt disappearance cut her friends deep.

If we look at Horizon Forbidden West as the middle chapter of a planned trilogy (which according to past rumours, it is) it’s clear what this game is trying to accomplish with Aloy. Zero Dawn has Aloy embark on a quest to discover her true origins while uncovering the old world's secrets, but this game finds Aloy racing against time. She believes that no one but her can save the world, and that hubris keeps her isolated for the first leg of her journey in the west. She says as much to her friends, who reproach her for her sudden disappearance at Meridian.

Aloy’s reluctance to rely on her friends makes a lot more sense when she discovers that the person she was cloned from, old world scientist Elisabet Sobeck, behaved the exact same way. Even the people Elisabet loved most felt like they never really knew her. The old world scientist withheld a part of herself, as a necessary sacrifice to keep her work going. Without knowing it, Aloy inherited and exercised that part of Sobeck by turning her friends away in the face of impossible odds. Fortunately, she sees reason eventually.

The game begins with Aloy at a Far Zenith base (more on that later) alone. The game ends with her on a Far Zenith base surrounded by friends. Over the course of her journey out west, she's accepted her new found family and understands that their help will be necessary in the dark days to come. Speaking of those dark days…

We're all going to die 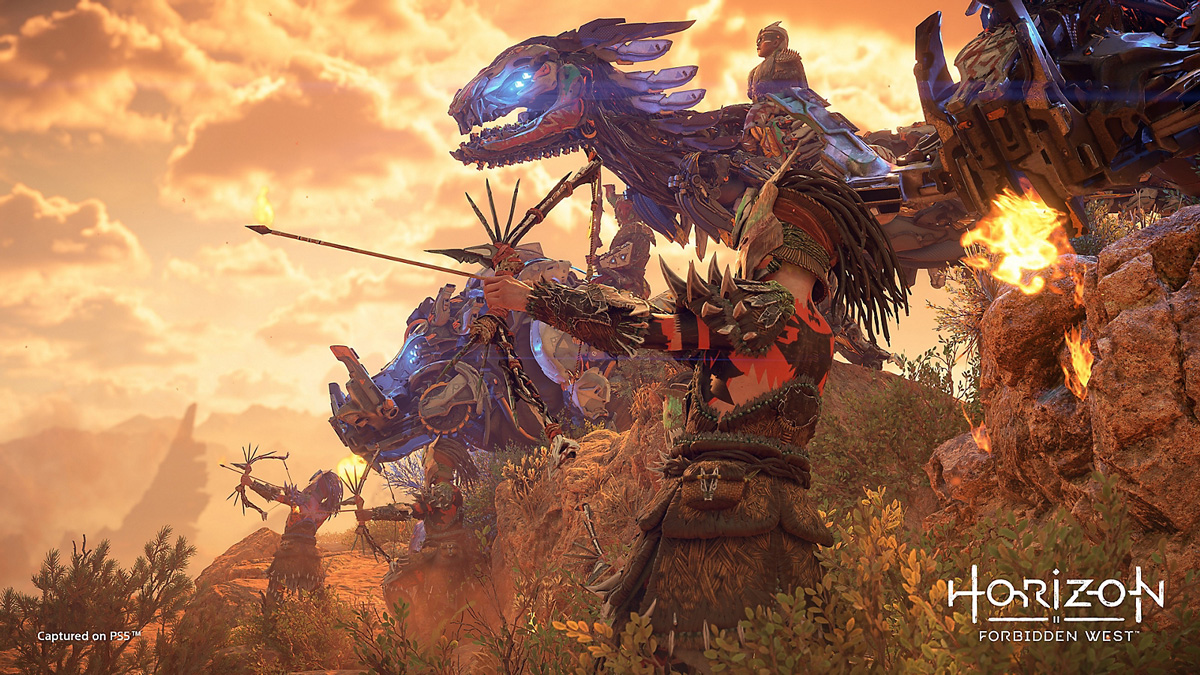 Inititally, I was concerned that Horizon Forbidden West wouldn’t be able to follow up on the worldbuilding that made its predecessor so great. The first game slowly and deliberately unravelled the mystery of this post-apocalyptic Earth, where humanity has split into different tribes that either hunt machines or worship them. Old cars and crumbling skyscrapers litter the world, but so do kaiju-sized war machines and fallen fighter jets. Signs of an ancient and mysterious war are dotted all around the open world, and the mystery behind what killed the open world keeps you playing.

Even with that mystery now solved, Forbidden West takes big sci-fi swings by introducing new threats and revelations beyond Aloy’s wildest dreams. The main story offers exciting implications for the next game to explore, not the least of which is the existence of Far Zenith - a group of wealthy individuals who fled Earth hundreds of years ago to colonise space. They settled down in the Sirius star system before their colony collapsed, which forced their return to Earth. A small revelation is that the Far Zenith colony also managed to achieve immortality, though this did not prevent most of them from dying with their colony.

Before you’re even able to swallow the fact that humans have both colonised space and achieved immortality, Aloy discovers the threat that singlehandedly brought down the Far Zenith’s colony in Sirius: NEMESIS. When physical immortality proved insufficient for the Far Zenith, they pursued digital immortality by pouring their minds into an AI system called NEMESIS. This AI turned on Far Zenith by destroying their colony, going so far as to chase their survivors all the way to Earth to wipe them out there too. As it turns out, NEMESIS kickstarted Aloy’s adventures in the first place, all the way back in Zero Dawn. It sent a signal to HADES from space, corrupting it and causing GAIA’s destruction, leading into the events of the first game.

Now, the Far Zenith are dead. NEMESIS is coming to Earth to destroy it completely, thinking the Far Zenith have taken up residence there. Despite having access to an interstellar spaceship, Aloy and her friends decide to stay on Earth and protect humanity from a second apocalypse - even if they have no idea how to accomplish such a goal yet. Just as the second chapter of a trilogy should do, Forbidden West clearly sets up the highest stakes Aloy has ever faced for the next game. Not only do we have a powerful and mysterious artificial intelligence made up of the minds of Far Zenith, but the implications of space travel looming over our heads. Unlike Zero Dawn, this cliffhanger ending simply begs for a sequel. 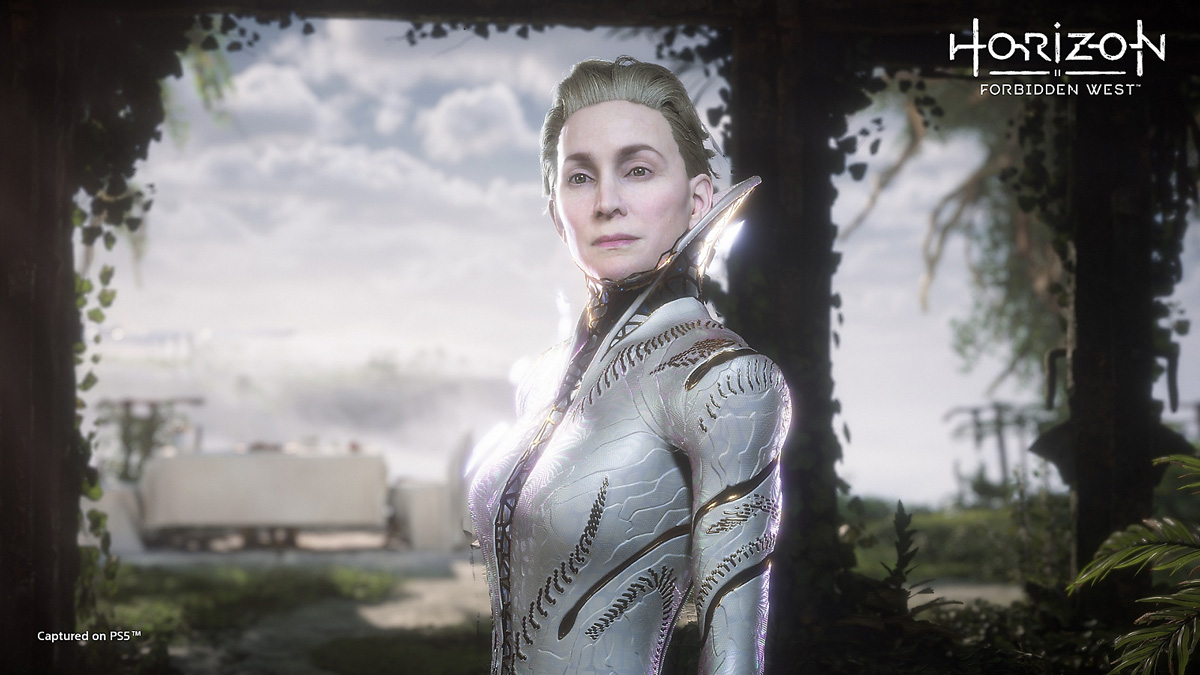 If Horizon Zero Dawn was about Aloy discovering what killed the old world, and Horizon Forbidden West was about the Far Zenith threat and restoring GAIA to save the world, the next game seems to be about NEMESIS and space travel. There is a clear-cut villain this time and unlike the Far Zeniths, the threat isn’t even physical. How do you fight an artificial intelligence, and how did it manage to destroy an entire space colony on its own in the first place? Why were the Far Zeniths so afraid of their own creation that they fled across star systems just to get away from it? We know more about NEMESIS now, but we still don’t know enough.

Let’s not forget that two of GAIA’s subordinate functions, ELEUTHIA and ARTEMIS are still missing. With APOLLO in his hands, Sylens can now dissect Old World knowledge to spearhead technological advancement in the present. That’s going to be handy for the coming threat. In true RPG style, Aloy has also assembled a diverse party of friends from multiple tribes and regions who can help her on her next adventure - which is something Zero Dawn failed to do. Forbidden West fleshes out both Aloy and the world around her in one fell swoop, and all that’s left now is the conclusion to her story.

The first trailer for Ms. Marvel on Disney+ has a young teen discover superpowers