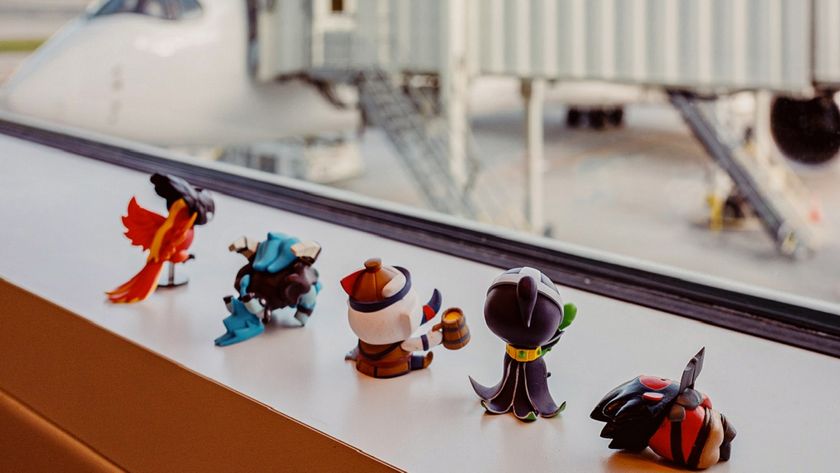 The last week of the DPC 2021-22 Season league play is upon us, signaling the final countdown for DPC points, The International invites, and the last Major of the year attendees.

Here's how things look and what to watch this last week.

Tundra Esports and OG will be joining the 18-team line-up at the PGL Arlington Major this coming August. Both teams are tied in first place with 5:1 series records.

There are two more slots available for the region which look like they will belong to Entity Gaming and Team Liquid. However, don't count Team Secret out just yet. A last week's win could force tie-breakers and give them the opening they need.

The Eastern European region has been granted three slots for the Arlington Major next month. NAVI, Outsiders, and Team Spirit are currently locked into the first three slots tied with 5:1 series wins.

However, BetBoom, formerly known as Winstrike, isn't out of contention yet. They will take on Team Spirit and a victory over the TI championship team would be a big win for them.

Royal Never Give Up secured the first slot for the Chinese region at the PGL Arlington Major after defeating Xtreme Gaming on week 5 of DPC Summer Tour.

There are three more slots available for the region at it is an incredibly tight race to the finish. Team Aster and Xtreme Gaming are next in line tied in 2nd place with 4:2 and 4:3 series wins respectively.

Aster.Aries, Vici Gaming, and PSG.LGD are all tied in 4th place with 3:3 records.

At this point, it seems like anything goes and this week will be a nail-biter for Chinese teams and fans alike.

BOOM Esports have already secured their place at the second Major of the season. At ESL One Stockholm Major 2022 they ended up in 9-12th place.

The region has two more slots up for grabs. Talon Esports and Fnatic are hoping to punch their tickets as they are the next two in line.  However, RSG is right on their tails and T1 is likely to not go down without a fight.

With only two tickets available to the Arlington Major in their homeland, North American teams are feeling the mounting pressure to lock in one of those spots.

Surprisingly for many fans, TSM FTX  will NOT be making an appearance at the event. That means that one of the two slots is being highly contested by a new challenger —Nouns — who have made an impressive appearance this tour.

Quincy Crew is currently sitting in the first rank but still has not been able to guarantee themselves the top spot. Instead, Evil Geniuses and Nouns are tied in 2nd with 5:1 series wins a piece.

Things will come down to the very last official series on the schedule —between EG and Quincy Crew.

Heading south of North America both beastcoast and Thunder Awaken are tied for first place with a 5:1 series record. Not many would be surprised to see these two teams make another appearance at the Major, but Infamous isn't ready to give up their dreams. A win for them will put them into tie-breakers with the loser of the final series which takes place between beastcoast and TA.

Don't forget that there will potentially be plenty of thrilling tie-breaker series to catch.

Keep your eye on the matchticker schedule for those.

Are you hyped for this last week?

Yes, it is going to be very exciting
Thank you for voting!
Nah, I think we know how it will pan out
Thank you for voting!
Cristy “Pandoradota2” Ramadani
Pandora is a behind the scenes Dota 2 professional Jack of All Trades. When not busy with Dota 2 work, she is out trying to save the world or baking cupcakes. Follow her on Twitter @pandoradota2
Share Tweet
23 people reacted to this post

Top 5 supports in pubs from the first month of Dota 2 patch 7.31d