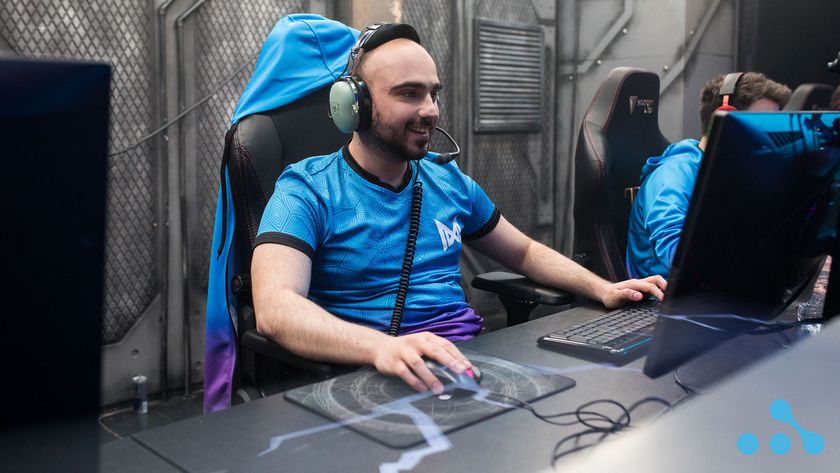 Amer "Miracle-" Al-Barkawi back to the mid lane and Igor "iLTW" Filatov taking the carry duties for Team Nigma in the second season of Dota Pro Circuit regional leagues seems to be the winning formula.

Europe’s most dominant squad, Team Secret were the first to feel the thirst for victory of the recently shuffled Team Nigma. Igor "iLTW" Filatov was added to the roster just ahead of the second DPC season start to most fans’ surprise. While many expected to see Syed "SumaiL" Hassan replacing Aliwi "w33" Omar in the midlane, Nigma surprised everyone with their choice.

iLTW’s arrival at Nigma was received with skepticism by the Dota 2 community, but his debut in the second season of DPC Europe upper division from this past Saturday proved all doubters wrong.

In his debut match against Team Secret, he was drafted Juggernaut, while Amer "Miracle-" Al-Barkawi went to the mid lane on Puck. The big surprise of that game came, however, from Team Secret, who decided to start the DPC campaign with a jungle Venomancer for Clement "Puppey" Ivanov. Puppey’s objective was to get a fast Helm of the Dominator along with Mekansm. He stayed in the dire jungle triangle, being relatively close to Ludwig "zai" Wåhlberg, who was playing Bounty Hunter in the offlane, to give him a helping hand if needed in the lane.

While Zai’s game wasn’t going particularly well, Puppey managed to complete Helm of the Dominator in just six minutes and proceeded on bullying Nigma in their safe lane. Nonetheless, iLTW survived through all the madness brought by Puppey’s Veno, who at the 10-minute mark was above his own carry in terms of net worth, and was able to keep his farm going while his supports died countless of times doing everything in their power to protect him. 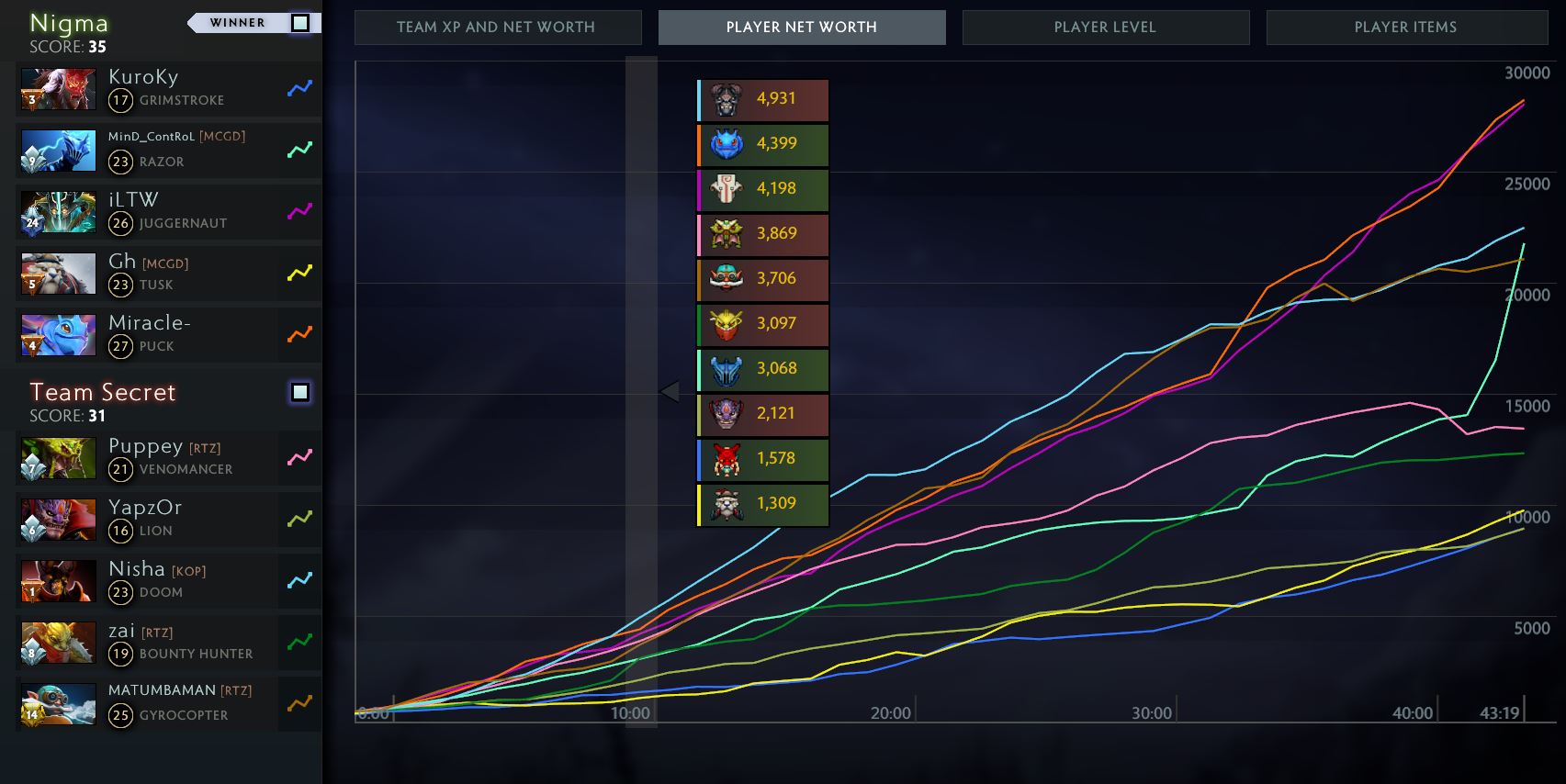 Secret’s incredibly powerful early and mid game faded out however past the 30-minute mark. Nigma built three Aghanim's Scepters and they got one more from Roshan to boost their team fight damage. Miracle- went for the Ethereal Blade nuke item build on Puck and together with iLTW, they decimated Secret to start the series with a win.

The innovations continued in the second game, as Nigma surprised Team Secret, and more precisely Michał "Nisha" Jankowski, with a mid lane Sand King. As pointed out by Purge on the official broadcast, with SK not being exactly a common pick for the mid lane, Nisha was unable to anticipate how awful his lane would be on Void Spirit. He was absolutely annihilated by Sand King’s Caustic Finale, while the other lanes were also won by Nigma with an Io in the hands of Maroun "GH" Merhej and an offlane Dark Seer for Ivan "MinD_ContRoL" Ivanov.

As the game progressed, Nigma proved to be highly superior in team fights with Sand King’s Burrowstrike initiation followed up by Epicenter, the Vacuum-Wall DS combo and a Gyrocopter Call Down, which were all too much for Secret to handle.

First week of DPC Season 2 Europe league upper division concluded with Team Nigma, OG and Alliance all winning their opening series. At the bottom of the standings are Hellbear Smashers, Team Secret and Team Liquid who lost their matches. Brame and Tundra Esports got to play two series on week one and closed week one with 1-1series score.

In week two, which will start on April 20, Nigma, Secret and Alliance will play two series, Brame will not have any matches scheduled, while OG, Tundra and Hellbear Smashers will play one series.

Were you taken by surprise by Team Nigma’s performance versus Team Secret?