As Summit 11 Minor heads into the final day, one more team was knocked down leaving only three teams to vie for the title and spot at MDL Chengdu Major.

The playoffs of Summit 11 Minor began with four teams aiming to be the first grand finalists of the event. A place in the grand finals meant a shot at competing in the first Major of the DPC 2019-2020 season and an explosive start to the season.

The hometown heroes, Chaos Esports, have been looking pretty sharp, to say the least. After going through the group stage undefeated, they then knocked down the unlikely contenders — jfshfh178 who came out of left field — 2:0. Their games were fluid, precise and overpowering.

Heading into the upper bracket finals, they went head to head with Invictus Gaming who also has been carving out their place in the event as a championship contender. The Chinese team used a Morphling/Shaker combo to take the first game and then a surprise Pudge pick in the second to become the first team to stake a claim in the grand finals.

After being knocked to the lower brackets jfshfh178 faced HellRaisers in a CIS battle for survival. jfshfh178 seemed to be back in form during the first match, taking a very convincing first game. Fantastic combo's and push power from HellRaisers tied up the series. The third game looked like a cakewalk for HellRaisers as they destroyed their CIS counterparts with an overwhelming victory.

jfshfh178 became the first team of the playoffs eliminated —the fifth team overall. An impressive showing was a big surprise for the event. The team that was never slated to be there walk away with a fourth-place finish, $42,000 and 90 DPC points.

Only one day remains as the remaining three teams —HellRaisers, Chaos, and iG — battle it out for the first DPC 2019-2020 season title and the highly coveted spot at the Major. 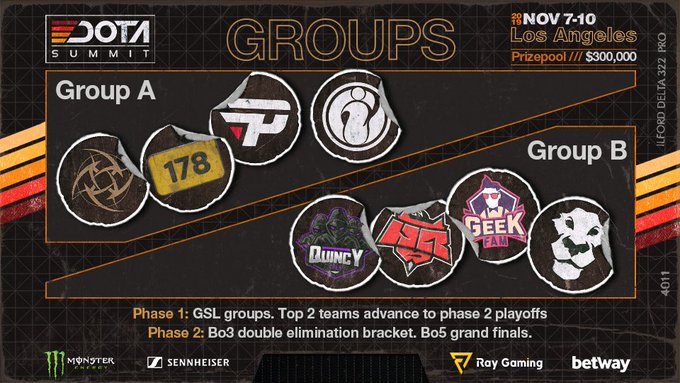 Will iG be able to claim the spot and compete in the first Major on their home soil?