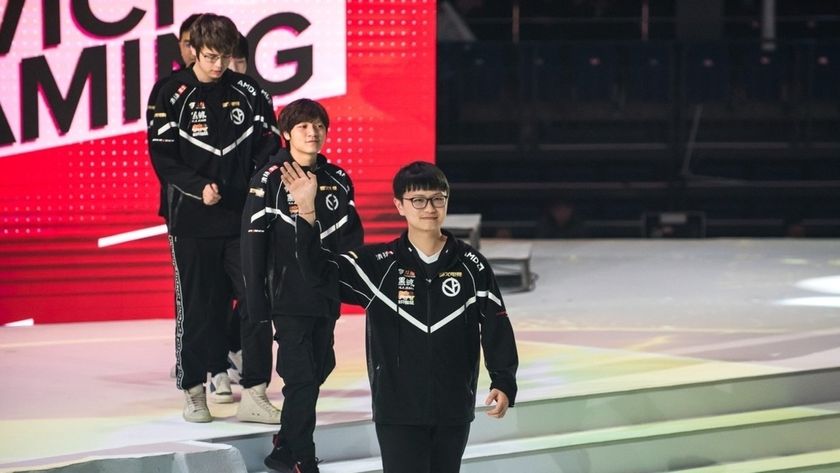 Team Liquid’s day began with an early contest in the Lower Bracket Finals against Virtus.pro.

Game one was an emotionally grueling experience for both teams. Virtus.pro were the beneficiaries of a strong lane phase However, Team Liquid’s timing arrived soon after which transitioned into an early assault on Virtus.pro’s high ground. A clash which rewarded Roman ‘Ramzes666’ Kushnarev with a rampage shot Virtus.pro into a commanding position in the game. The advantage existed just briefly. Team Liquid’s adamant high ground defense shifted the momentum of the game and ultimately spelled out Virtus.pro’s downfall.

Evidently, game one weighed heavy on the spirit of Virtus.pro. Team Liquid dominated game two from the opening battle horn, never relinquishing the net worth lead. Virtus.pro was eliminated after two games but finished the EPICENTER Major with a fourth top three performance of the DPC season.

All the while, Vici Gaming wait patiently, dissecting every move of Team Liquid prior to the Grand Finals. Perhaps this luxury is what put Vici Gaming slightly over the edge in the series.

Team Liquid and Vici Gaming traded decisive victories in games one and two, respectively. From there, the series got interesting.

Game three was a battle of the clock. Could Team Liquid end the game before Vici Gaming’s draft reached its timing? Team Liquid’s last pick Timbersaw secured early control over the game. Nonetheless, Vici Gaming’s Medusa kept their challengers mana starved. The tactic enabled them to stall long enough to claim a lead in the series.

Team Liquid endured an hour of miserable DOTA 2 as Vici Gaming continually choked them from the map in game four. Sitting at over 40,000 net worth in the game, all appeared lost for Team Liquid. Vici Gaming sought to deliver a knockout blow and appeared to succeed after a die-back on Amer ‘Miracle-‘ Al-Barkawi’s Arc Warden. A combination of failing to destroy a Phoenix egg at the last fraction of a second and leaving an Arc Warden Tempest Double alive, decimated Vici Gaming’s heroes. With no buybacks available, Team Liquid destroyed the ancient to force a game five.

Unlike Virtus.pro in the earlier series, Vici Gaming was able to bounce back from an emotional loss. The Chinese team built on the lead throughout the game to plunge the final nail into Team Liquid’s coffin in impressive fashion. Vici Gaming now join Team Secret as having won two majors in the current DPC season.

Does this put Vici Gaming up in the ranks of tier one teams?