Following the footsteps of most teams who failed at the TI4 SEA qualifiers, Filipino team Mineski will be having changes to its roster. The team will be having a six-man roster, and two new players will be joining the team in the near future. 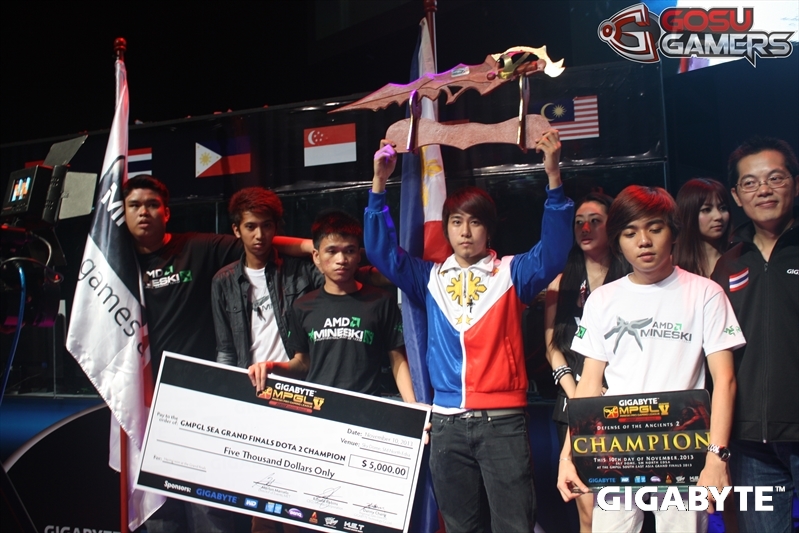 After numerous roster changes and role swaps, Mineski is having a team shuffle anew. They will now be sporting a six-man line-up. One of their previous player in Gio 'Gio' Ramolete appears to have been booted out of the team, while long standing member Joshua 'Owa' Dela Serna has been relegated as a sixth man. Two new players will be joining the team in near future.

Among the rumored replacements is a player using the handle PaperChicken, a Filipino player who is currently ranked number four in the SEA MMR leaderboard. This approach was tried by fellow Filipino team MSIEvoGT when they took in another SEA MMR leader in xLucky, and is so far looking to be a success.

According to Mineski's CEO and now the team coach Ronald 'Rho' Robins, this is an intervention for the team's poor performance and he wants "to bring back the old Mineski-dota where we are the trend setters, not the metagame minions". Despite being spotted as a stand-in for Mineski recently, he made clear that he will not be playing but would rather just be guiding the team with a "systematic" approach.

The International 4 SEA qualifiers was held last 16-19 May. Since then, six of the participating teams on that tournament have already either completely broken up or dropped their players. MiTH.Trust, Orange eSports and Rex Regum Qeon were reported to be remaking their roster, while Execration and First Departure disbanded. Singaporean team Scythe Gaming is also rumored to be having a roster change.