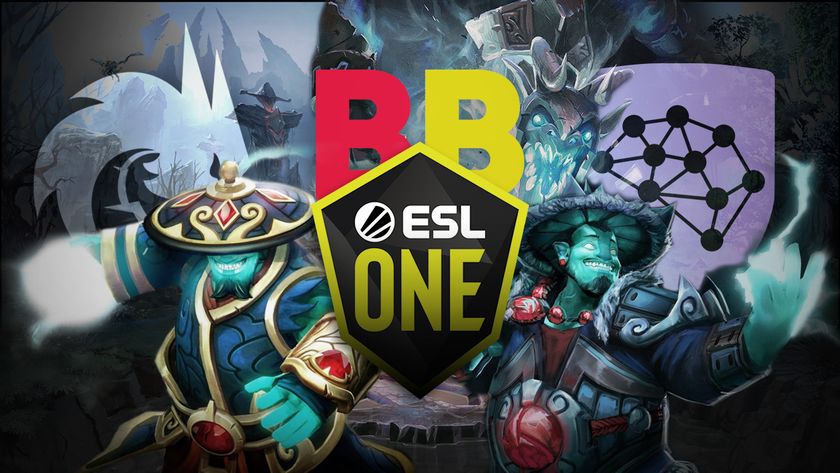 In spite of the extremely tough times for the Eastern Europe players, the region will still be represented by three teams at the upcoming ESL One Stockholm Major and we all should be ready to witness some astonishing Dota being played by them.

Team Spirit needs no introduction. They are the TI10 champions and are arriving in Stockholm in the exact same formula that delivered the underdog story at The International. They are also one of the only two teams that haven’t made any roster change in the post TI10 shuffle.

The Major will be the first LAN where they will be playing with the whole team, though it’s not their first appearance on a tournament stage this year.

Team Spirit was one of the teams invited in March at GAMERS GALAXY: Invitational Series Dubai 2022, but they played there without Mira. Much like all the other teams that competed at the Dubai event, Team Spirit got upset by BOOM Esports, and following that event they had other aspects to worry about. They’ve been the first EEU teams to relocate all their players in Serbia in hopes that the regional league for their region will be played and that they will have the chance to show their true champion colors.

The EEU league was played in a shortened format, being changed to a fast paced double elimination bracket, and right from the get go Team Spirit was knocked down in the lower bracket by BetBoom. But much like at TI10, they quickly found a borderline broken combo to sail through all the elimination rounds.

Storm Spirit - Keeper of the Light is their most used pairing with five picks and as many victories through the nine games played to qualify for the Stockholm Major. While TORONTOTOKYO spammed the Storm, Yatoro, in true TI10 fashion, has changed the carry heroes almost every match.

Given the incredibly one sided matches they’ve been able to deliver with the Storm-KotL combo, the last game in the EEU grand finals being closed in just 15 minutes, for instance, it’s hard to imagine that they will be allowed to draft these two heroes together at the Major. Nonetheless, that shouldn’t be a problem for them. They are probably one of the most versatile teams at the Major. All their players have huge hero pools and that has always made the difference for them.

Speaking about versatility, everyone watching the major should keep their eyes on BetBoom Team and especially on their carry player, Nikita "Daxak" Kuzmin.

Daxak’s unique way of looking at the game, hard work and completely unusual hero pool has raised interest from some of the greatest captains in the professional scene. He made a name for himself in the CIS region with Gambit Esports, and at the beginning of 2020 he was recruited by Peter "ppd" Dager for the Ninja in Pyjamas line-up that also featured Saahil "Universe" Arora. Unfortunately, he got to play with the two legends only a couple of months before the pandemic messed up everyone's plans.

Fast forward to the present days, Daxak has managed to find a team just in time for the major qualifiers, and alongside Akbar "SoNNeikO" Butaev, who is leading the BetBoom roster, they delivered the upset in EEU Spring finals.

BetBoom will surely be the team to give the most headaches to all other captains at the major with their unique heroes. Carry Visage is a staple for Daxak since his Gambit days. It’s also the hero he spammed in the just eight games that BetBoom needed to play to qualify for the Stockholm Major. However, his unique picks don’t stop there and fans should even be prepared to see carry Pudge coming out from him.

In a recent Monkey Businnes podcast episode, Ceb went on praising Daxak’s hard work and determination on expanding his hero pool. He also touched on the fact that in the high MMR pubs, Daxak is the only carry who sets a challenge for himself by picking first and still winning the games no matter how many counters he has to deal with.

So, all Dota 2 fans should pay attention to how BetBoom will navigate through their first LAN together.

Unfortunately, the third team coming from EEU to the Major will have to play with two stand-in players.

Mind Games’ two veteran players, Semion "CemaTheSlayer" Krivulya and Danil "Bignum" Shekhovtsov couldn’t leave their home country, Ukraine due to the war. PuckChamp’s support duo Genadiy "Astral" Motuz and Andrey "Dukalis" Kuropatkin will be standing in for them, and that puts the team in a very difficult position. They had only a couple of days to practice in the new formula and it will be a miracle if they will manage to pull off an upset.

ESL One Stockholm Major will kick off tomorrow, May 12 with the group stage matches. The 14 teams have been divided into two separate groups and will fight in a round-robin, two game series for a spot into the playoff, so make sure to catch all the action live on the ESL One twitch.tv channels and check our tournament HUB for all Major updates!

What are you most excited about for the EEU region at ESL One Stockholm Major?