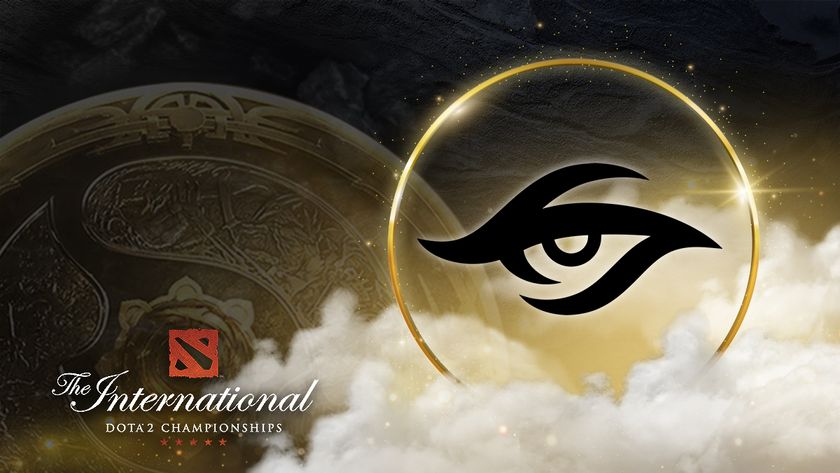 From the three TI editions, between 2011and 2013, NAVI was one of the two grand finalists, and from that roster, there’s still an active player, who is regarded as one of the best captains and one of the most brilliant Dota 2 minds.

A full decade has passed since Clement "Puppey" Ivanov lifted above his head the very-first TI trophy, and while none of his former NAVI teammates will be competing at The International 10, many of them being in fact retired for a while now, Puppey and his Team Secret are once again heading to the Dota 2 pinnacle tournament as front runners.

Puppey created Team Secret in the post TI4 shuffle and became the first player to start a player-owned team in Dota 2. For the past six years, Puppey has stepped onto the TI stages as a proud owner, captain, and drafter in the Secret jersey, but his team’s track record at the biggest Dota 2 event hasn’t been amazing.  Although each year Team Secret heads into TI regarded as one of the biggest contenders for the title, no matter the roster, something has always stopped them from living up to the expectations. Their best performance was registered in 2019 when they finally managed to breach the top 4.

At TI9, Team Secret seemed to have found very consistent players for every role. The addition of the young polish carry player (at that time) Michał "Nisha" Jankowski in late of 2018 has pushed Team Secret to a whole new level. Ask any Team Secret member about Nihsa and they will tell you that Nisha is the smartest and at the same time the most humble person they played with.

Nisha was just a debutant at TI9 when Secret placed top four, but he was the key factor in the team’s capability to deliver clinical winning moments. Besides being one of the most mechanically gifted players in the pro scene, despite his young age, he almost never flinches, no matter how pressured he is in the lane, and his overall game sense and situational awareness are spot on.

With Nisha in the carry position, Team Secret entered a new era, one in which they became the most dominant team. After TI9, Secret began the 2019-2020 DPC season with a rather unexpected roster change, by adding Lasse Aukusti "MATUMBAMAN" Urpalainen to the team.

By the time Matu entered the picture, Nisha was already regarded as one of the best carries in the scene, so bringing onboard a TI champion carry was received by the fans with some justifiable skepticism. Especially because MATUMBAMAN’s 2018-2019 season and TI9 performance had been pretty underwhelming. Nonetheless, his arrival was not meant to replace someone in the lineup per se, but more to fill in the gap left by Yeik "MidOne" Nai Zheng’s decision to return home and spend time with his family in Malaysia after playing for three years straight in Europe.

Matu wasn’t the only TI7 champion welcomed to Team Secret in September 2019. Coach Lee "Heen" Seung Gon also joined the crew, and starting with the very first tournament of the new season, the fans got to witness the squad raising the bar to a whole new level once again. 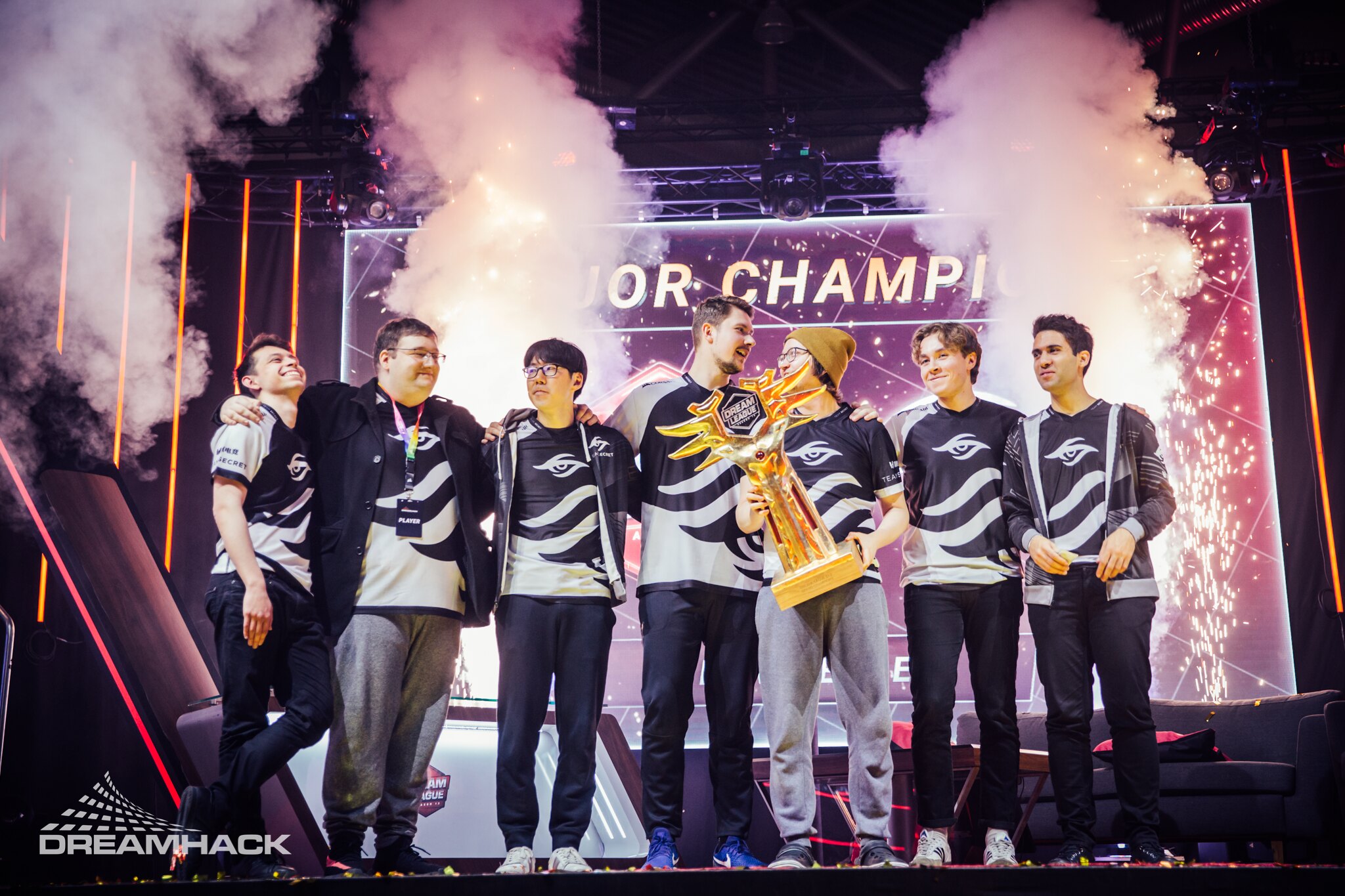 Immediately after their arrival, Matu and Heen got to experience again the sweet taste of victory as Team Secret didn’t lose a single series through the group stage and playoffs combined at The Leipzig Major. They continued their dominant start of the season without dropping a single game in the qualifiers for the ESL One Los Angeles Major.

Unfortunately, those qualifiers were also the last high stake games they played as the competitive schedule got all up in the air with the coronavirus taking control over the world.

Team and Coach of the year

However, when the Dota Pro Circuit and TI10 got suspended, the competitive scene had to shift to online only formats and many of the teams decided to take it slower and wait until things returned to normal, but Team Secret pushed themselves to a marathon, really.

Whichever reason was behind their decision, to make the best out of that online year and perfect the team chemistry, or take the opportunity to help Nisha adjust to his new role, or merge Puppey’s and Heen’s brains to form the ultimate strategy Archon, it clearly paid off and it got Team Secret the results that they were looking for.

Between May and September 2020, Team Secret won eight tournaments in a row. They built such a strong bond and perfected their playstyle to such a level that all eight grand finals were clean 3-0 sweeps against six different teams. From the European and CIS competitors, it was only OG and Virtus.pro (at that time still under the VP.Prodigy tag) who managed to play a grand final against Team Secret twice, and none of them were able to take a single game from Secret.

Their extremely dominant online presence brought them Team of the Year recognition and Heen received Coach of the Year award at the 2020 Esports Awards. It is needless to say that Secret’s crushing performance shadowed, for instance, Damwon Gaming winning Worlds, the most prominent competition held on LAN during the 2020 covid times.

More important than industry recognition awards, there was something else that Team Secret achieved with their online marathon. The chemistry between all team members and the confidence that Nisha is now able to come to TI10 as one of the best mid lane players in the competition. Add to that the fact that MATUMBAMAN made a perfect redemption arc and nobody can wonder now who was right or wrong when he got kicked from the TI7 champion line-up. 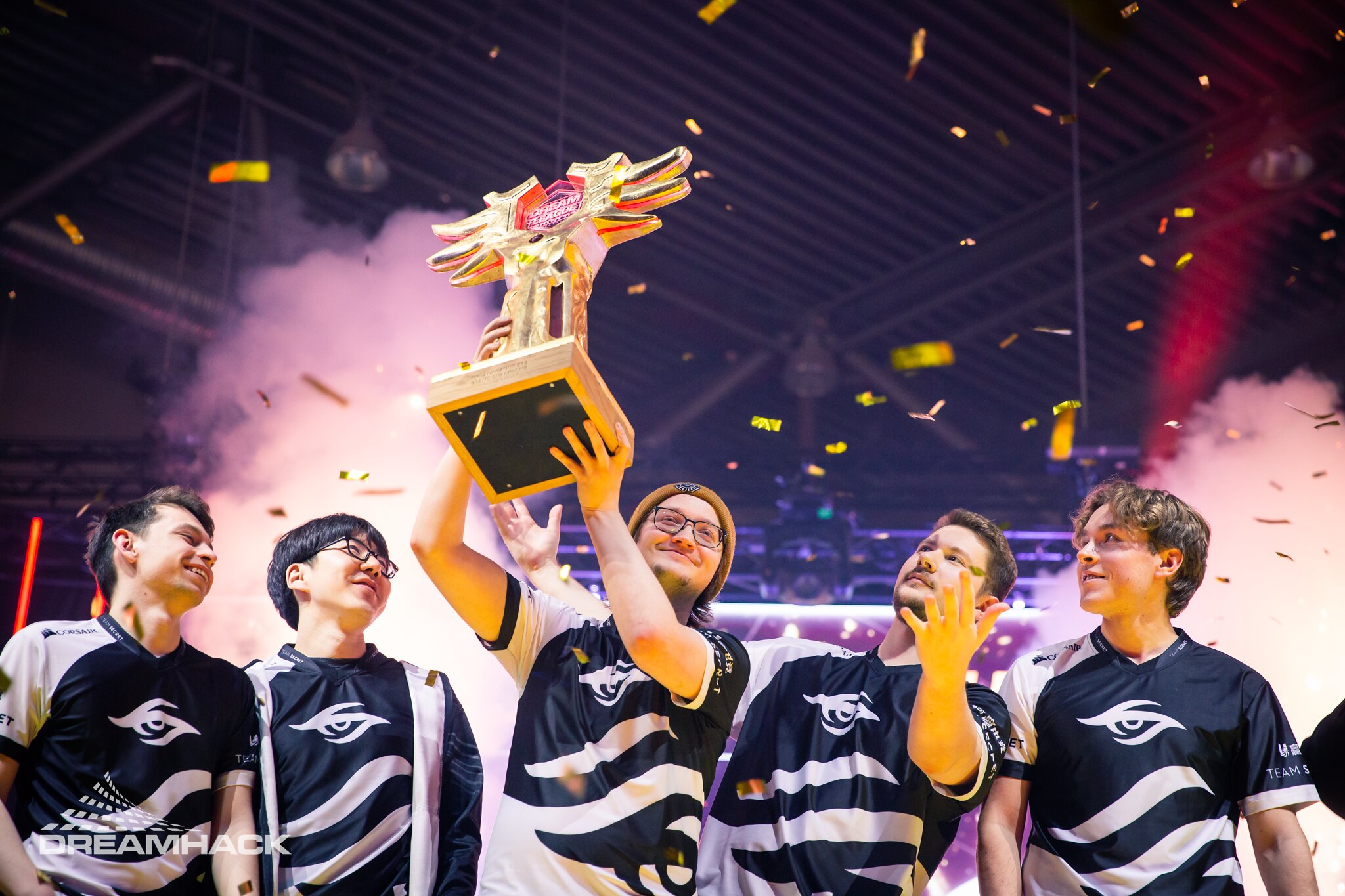 Slowing down a bit

Given their 2020 track record, when the DPC resumed and Team Secret finished the first season of regional leagues undefeated, all eyes were on them. The Chinese teams identified them as the biggest threat and came to the first Major of the year determined to challenge Secret’s status. PSG.LGD sent them to the lower bracket with super aggressive push strategies that annihilated Matu’s intense farm-oriented playstyle. Then, Invictus Gaming baited them in the first game draft with an Io first pick that ended up being played by their mid laner, and eliminated them with a Phantom Lancer counter pick to Matu’s carry Weaver in game two.

So, returned home and with a new patch to work with for the next DPC season, Team Secret seemed to let others figure out the meta and fight with all their energy for some DPC points. They slowed down, but of course, they didn’t just stop entirely, and in fact secured a spot to the next Major of the DPC, but just from a wild card position.

At WePlay AniMajor Secret traded games with all the Wild Card teams, except for one. Invictus Gaming had their number again to ensure that they wouldn't advance into the next stage of the tournament. Right after the Major, Secret also dropped super early from the ESL One Summer online event, with two consecutive losses. From there on, they didn’t make an appearance at any other online event that was held, despite the fact that all featured plenty of the TI10 qualified teams.

Historically, any team that came at The International as a clear favorite has one way or the other failed to impress or meet the expectations. For Puppey, that has happened at every single edition since he created Team Secret.

Although it might seem that Secret peaked at the wrong time this year, it should perhaps be interpreted as Secret’s conscious choice of slowing down, so they can clear the target they set on their back with the 2020 performance and the top seed secured by remaining undefeated throughout the first DPC league season.

Team Secret’s claim at the Aegis

Browsing all their roster iterations, you would discover that Team Secret have always featured a couple of super stars. This year they have some of the best players in each role, while also benefiting from the expertise of one of the best coaches in the professional scene.

Heen and MATUMBAMAN won the TI7 under the Team Liquid banner. Heen was also in the coaching seat for TNC Predator and he was the main factor in their surge of success.Their addition to the team forced Nisha to reinvent himself and he did it in a spectacular manner. His role swap is most surely a rare success story in the recent history of role swaps, at least until TI10 when all eyes will be on Syed "SumaiL" Hassan and on his approach to the carry position.

Be it carry or mid lane, Nisha has always excelled and he has rarely lost a game for his team. YapzOr is another fine example of consistency, and while most of the time zai embraced the sacrificial core position, that was always somehow a part of their strategy meant to trip their adversaries.

As for Puppey, he is at a point of his career where the breadth of his experience provides ample space for young guns to flourish. He also remains the only player with a real chance at writing history by closing a decade of Dota 2 holding the same Aegis of Champions that he hoisted above his head in 2011.

Will Team Secret write history at TI10 and bring Puppey his second aegis at 10 years' distance?