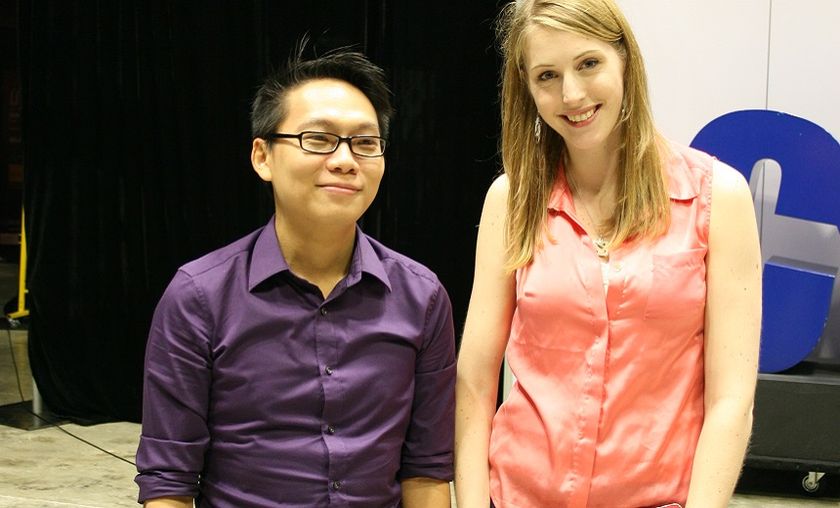 The first day of the Nanyang Championships and my first international LAN started off pretty smoothly, I arrived at the venue and met up with Psy, the tournament operations manager for KeyTV. I was led to the players lounge in the main arena; along the way, I heard the voices of LD, Godz and a few others casting in the main arena. Upon entering the players lounge, I quickly took up a seat in the corner and looked for the only person I knew attending the event, Fnatic's manager, Eric 'Reinnn' Khor. I found Eric after spotting a Fnatic jacket with Reinnn written on it. We exchanged our greetings and had a brief chat, after that I was given an introduction to a few of the people in the player's lounge, these people included Mineski's manager and Helen, the Chinese translator for the event. A few more minutes were spent chatting and Eric suggested I talked to as many people as possible before he left to attend to his duties.

I took some time to gather my thoughts before taking some photos of the player lounge and main arena. After I exhausted all the possible shots of the main arena, I quickly went back to the players lounge - that is when I noticed that EE, Misery and W33 were sitting in the couch next to me. EE and Misery were talking about the game previewing on the screen while W33 was playing around with his phone. Spotting the opportunity to take a player photo, I decided to ask W33 for a picture, however, my aversion to talking to strangers caused me procrastinate asking W33 for a picture. After a ten minutes debate with myself I finally decided to walk up and ask for the picture, surprisingly, he was really friendly and allowed me to take a picture. Mission accomplished - now W33's Gosugamers player profile can have a picture of him. I went back to my seat and AFKed for a bit, mentally preparing myself for the subsequent people I need to talk to. 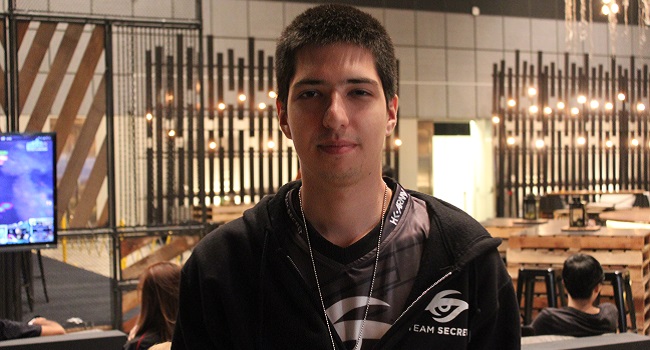 A bit of time passed and I decided to head out into the main stage to capture some pictures of the Russian, Chinese and English casters. I was unsure of whether the casters minded me taking pictures and took quite a few shots at awkward angles in order to avoid being noticed by them. A while later, I got frustrated with the awkward angles and decided to man-up and I went closer to the panel desks - if any of the casters are reading this and was annoyed by the photo taking, I do sincerely apologize. 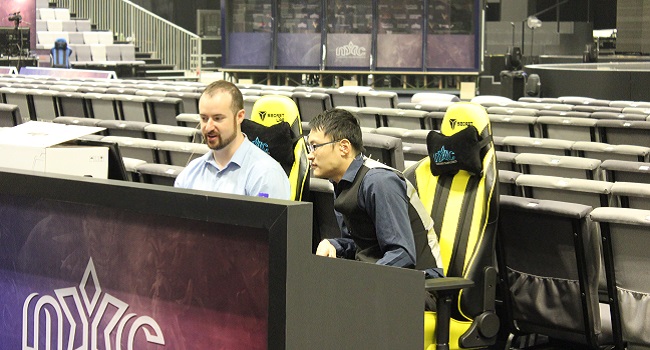 At the lunch time I found Eric in the player lounge eating and chatting with one of the NYC staff about the lack of good Singaporean teams. From their conversation, it seems that the lack of sponsor interest in Singapore along with two years of mandatory National Service are the main culprits causing the complete lack of any good Singaporean teams; the lack of sponsor interest was said to be due to Singapore having equally skilled teams relative to the other SEA teams and a much higher cost of living, higher cost of land (for a training house) and a stronger currency relative to the SEA region. 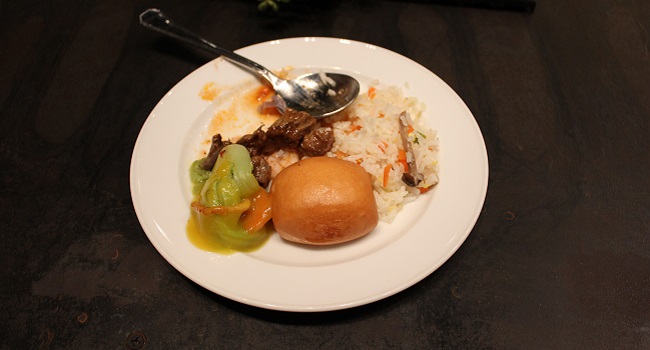 Once I finished lunch, I decided to go sit behind ODPixel and Merlini and watched them cast for a bit. Shortly after, I noticed Helen playing with her phone and I went over to introduced myself and had a short chat about how she arrived yesterday and how she was very jet lagged (It turns out that quite a few others from the NYC crew also arrived within the last two days prior the event). While walking back to my seat, I noticed how complex the production crew was. Firstly, the communications within the production crew was in three languages, Russian, English and Chinese; there was a Russian-English and an English-Chinese translator stationed there to translate mainly for the Chinese crew. Secondly, despite not having touched any switches the audio levels kept changing - Sheever was at the production booth and relayed the issues experienced by the analyst desks to the English-Chinese translator, the translator relayed it to the audio guy. The audio guys was unable to fix the problem and was visibly frustrated, trying to calm himself down. During the event, I also heard LD providing feedbacks to the production crew about various sound and production fixes, suggesting things like printing out all the lobby passwords and giving it to the casters instead of having an admin run over to enter it for them and also suggesting a tweak in the audio balance.

When the game I was watching ended I decided to try some of the VIP chairs in the venue. They were extremely comfortable. So comfy, that the Russian casters decided to make a den using them. Nothing big happened until dinner time. When heading to the players lounge I found the real Merlini and took a picture with him, after which he asked for my name - I replied Ben. I felt it got a bit awkward as not only were there three Merlinis but two Bens now.

With Fnatic now playing a game on the big screen, it reminded me of the chat I had with Eric earlier. We talked about some of the miscommunications Fnatic had when they were trying to switch to speaking English ingame, one of them in particular was Ohaiyo exclaiming "GUYS I DON'T HAVE ULT, BUT GUYS...(goes quiet)". 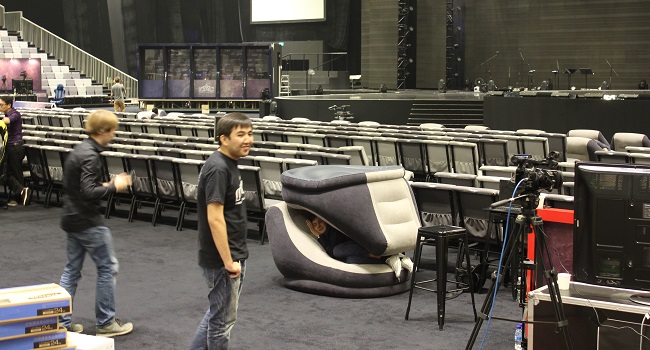 Around the time I planned to leave on, I found Helen talking with Lil and Phobos and I joined them. Helen was flaming DKPhobos on how VP would gather in their hotel room, hook up their IPad to the TV and watch anime. After this conversation, FNG walked past and I somehow forgot to take a picture of him, only remembering when Helen was pointing it to me. After taking FNG's photo, Phobos and Lil decided to go prepare for their next game and I decided to ask Helen about the Chinese player's comfort with interviews, it seemed that most of EHOME do not like interviews and many Chinese players hate interviews but will accept it if it was pushed enough; upon knowing this, I decided to say bye and left the venue to prepare myself for the next five main event days. 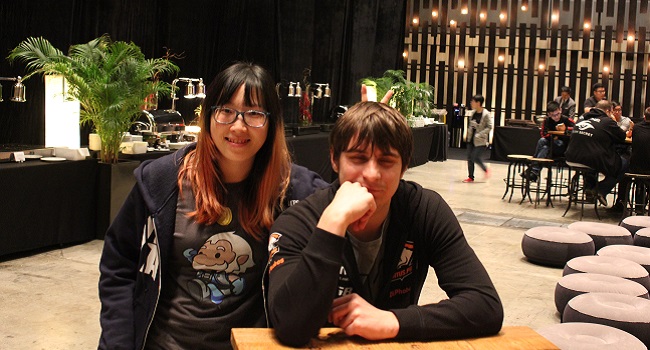