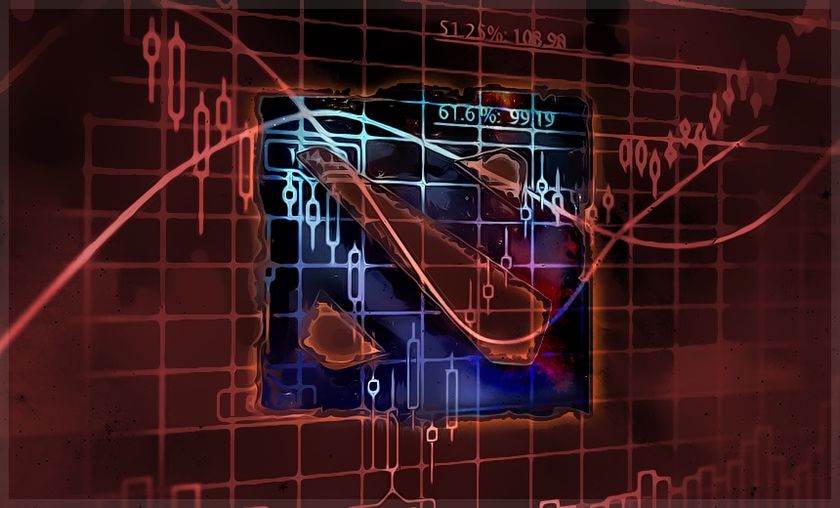 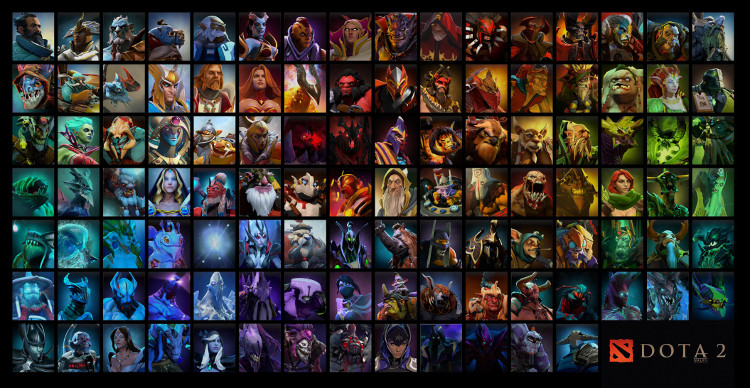 Vengeful Spirit in version 6.83 is the second most overpicked hero in any patch for the past three years. She is only surpassed in this matter by Jakiro in the 6.76 version. While this is, among others, a major downside concerning the hero pick variability of the current patch, the 6.83 patch also has its upsides. However, I'm calling it here, and I'm going it explain it further down: Concerning hero pick variability, nothing has beaten the 6.81 patch, which was the version played at TI4.

Before we go deeper into statistics, let me explain first, why looking at hero pick variability is relevant for the competitive scene. eSports as a competitive entertainment atmosphere relies on interesting and diverting matches. We're getting these matches from performances that are worthwhile watching. A match can be worthwhile from the viewers perspective from many different angles. It can be action-packed, strategically well thought out, emotionally charged, and of course there can always be "The Play" or the "Million Dollar Dream Coil". We don't regularly want to see 20 minute stomps or 120 minute tower defenses. But first and foremost, we don't want games to be repetitive. Yes, Star Wars's "I am your father" scene may be among top 50 movie scenes ever, but we're not going to watch the whole film over and over again just because of that.

Dota 2 has one incredible advantage over some other eSports titles: 107 heroes are currently allowed in Captain's Mode; the game's possibilities are actually utilized. I'm not talking about bans, because that's just 30 second of attention time per ban, which is negligible to the actual game time. It's great that within the current patch all 107 heroes actually have been played at least once within over a thousand competitive games. However, some heroes are seen in about every second game and some are very, very rarely seen. Throughout the patches, this hasn't really changed much, although it's gotten a bit better. 6.81 was the best version in this regard and there is something about 6.83 which is really great. Let's go deeper into the numbers. 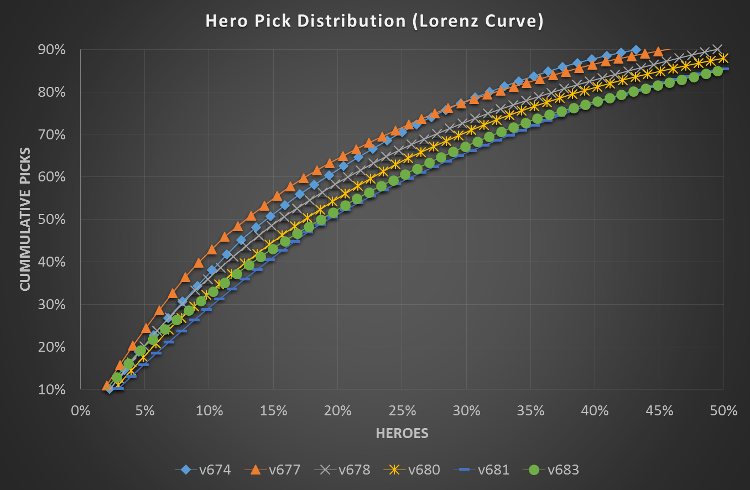 We've seen Vengeful Spirit in 57% of the 1185 competitive games in version 6.83 (until February 26th, 2015). This is only topped by the 6.76 Jakiro who was picked in 75% of that patch's 483 games. Jakiro in fact is the only hero who has been the number one pick in two patches (6.75 and 6.76). Before that, Leshrac was the top choice and he was followed by Shadow Demon, Visage, Crystal Maiden, Ancient Apparition, Mirana, Skywrath Mage and Vengeful Spirit. We already see that regularly, the most overpicked hero is actually a supporter! Even Mirana in her peak time during 6.81 was frequently picked up as a roaming support hero.

It's always the supports that lead the picking board

Among the second and third most picked heroes, Rubick appears throughout multiple patches and we often see heroes rising or slowly declining in popularity (Leshrac and Skywrath Mage 2nd after being 1st, Mirana 3rd before 1st, Visage 3rd after 1st). Of course, throughout the three years, the number of heroes implemented in Dota 2 and enabled in Captain's Mode has risen significantly. We've seen 19 more heroes in play in the current version than in 6.74 and before that. This does have a slight effect on the overall variability: The top 88 most picked heroes now "only" comprise 98% of all picks. This development, however, is natural and does not come from a perfectly well established rock-paper-scissors system enabling a plethora of opportunities. That could just mean we're having more niche-picks, but the same heroes all over again in regular matches. To give an impression on the overall situation of hero pick variability, we need a number that takes into account all matches, all picks, and their distribution. 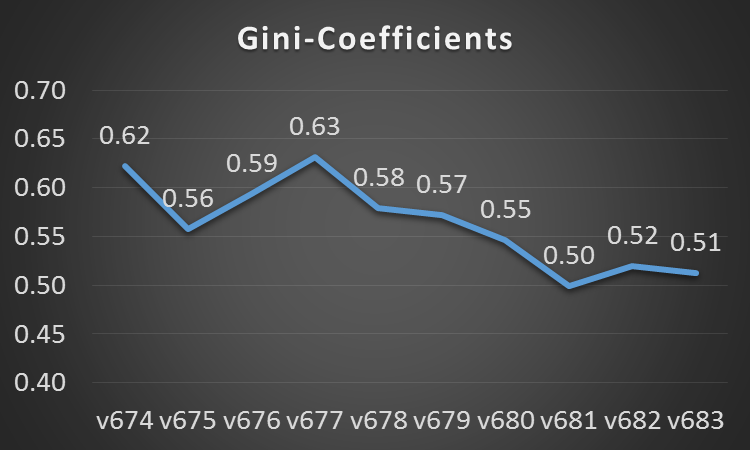 For that purpose, I'll calculate the Gini-Coefficient of the pick distribution (For the interested reader: we're taking all picks of a single patch, sort them by ascending relative pick frequency, plot the graph of the cumulated pick frequency and compare the area between the theoretical graph of an even distribution and the actual distribution with the area below the graph of the even distribution. Thereby, we're getting a number between 0, for an even distribution, and almost 1, if the same 10 heroes are picked repetitively). We can see, that this number has indeed decreased over the course of the patches. We started at 0.62 for 6.74 patch, peaked at 0.63 for the 6.77 patch (when already 98 heroes were in play), then sharply decreased to 0.50 during 6.81 (with just 4 more heroes!) and are now only slightly above that with 0.51 for the 6.83 matches so far. These numbers are nice and show that progress has been made, but it's worth digging deeper into the data. And that's going to explain why I can't see Vengeful Spirit anymore.

Being "overpicked" is an ambivalent award

We can actually calculate, how much, statistically, "overpicked" a hero is within a patch. We have 107 heroes in Captain's Mode right now. That would mean that in a completely balanced pick environment, we should see each hero picked on average in 10 out of 107 games. That would make every hero picked in 9.3% of all games. Of course, with less heroes allowed in the game, this RNG evened-out frequency was higher for older patches. Now, the ratio between the actual pick frequency of a hero and its theoretical frequency is the "overpick"-ratio. For example, Vengeful Spirit in the current patch is six times (ratio of 6.0) as often picked as she should be from a statistical point of view. Even Skywrath Mage as second place is still four times (3.9) as much picked as he should be. That means Skywrath Mage is about as overpicked as Ancient Apparition was in 6.80, where that hero was the number one top pick (4.0). 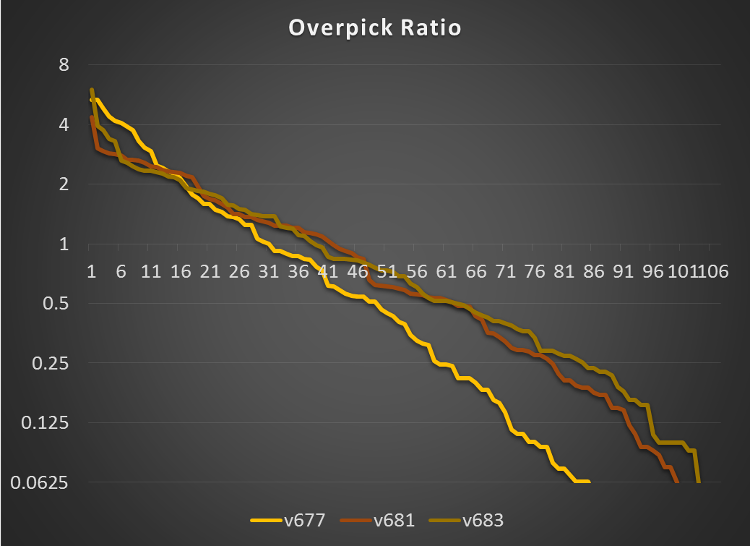 Another striking number: In version 6.77, 13 heroes combined more than half of the total picks, but the current patch 6.83 distributes this popular half to 21 heroes, which is an all-time high. 90% of the picks (so theoretically all heroes except the last slot in the draft) during 6.74 were combined by just 39 heroes, now it takes 63 heroes to pass this number. While half of the available hero pool combined 93% of the picks in 6.74, half of the 6.81 pool only combined 85% of the picks, and this number hasn't changed much for now.

So much for the overall variability. We can of course also have a look on individual heroes througout their picking presence within the past three years. This is particularly interesting for heroes that either have sudden changes in pick frequency, that are consistently evolving or have been completely reworked and therefore gone in or out of Captain's Mode. I will define a few types of heroes:

Popular heroes are not more or less successful than other heroes

As all this pick frequency analysing and categorizing of heroes doesnt say something about matchwinning heroes, let's have a last look on the performances of the heroes. The most popular heroes of the ten patches sometimes where overproportionally successful, sometimes they were not. Vengeful Spirit in 6.83 with a winning percentage of 54.5% certainly ranges among the best. The record for frequently picked heroes is actually hold by Mirana of patch 6.80, with a whopping win ratio of 59.9%. Skywrath Mage's performance in 6.82 however was underwhelming with only 43.9% of his matches endling successfully. This gets oven topped in the negative sense with Venomancer's 37.2% performance in his 43 games of patch 6.75.

However, looking at all heroes in each patch, we cannot generally say that frequently picked heroes are more successfull than others. Yes, there is a small positive correlation between picking percentage and win ratio in all patches (again, for the interested reader: between 0.05 in 6.77 and 0.38 in 6.81), but that is too small and not consistant in any case. It's also not generally true that successful heroes in one patch get picked more frequently in the following or the other way around. After Mirana's success story of 6.81, she dropped to 20th place in 6.82. Rubick is the counterpart: From 6.75 to 6.80 he was always among the top 5 hero picks, but never passed the 50% win ratio, only to achieve a 50.5% win ratio as second most picked hero of 6.81 and then get bashed down to 22nd place after that. As the graph shows us, a large part of the correlation comes also from niche-picks generally just not working out well. 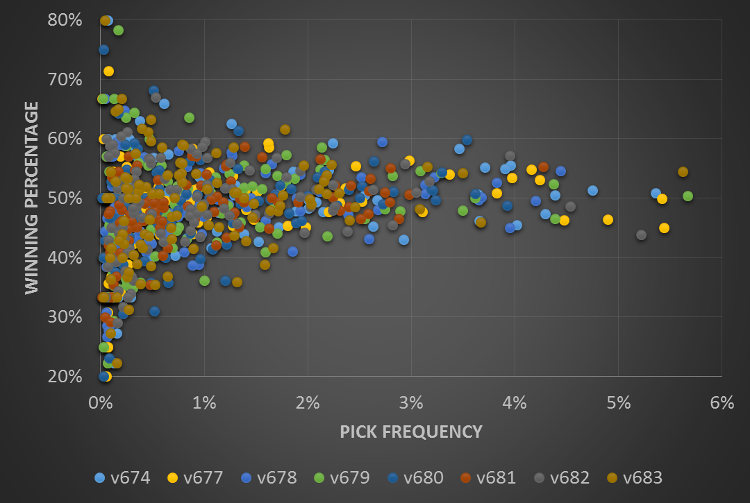 Now what's the bottom line? I think there are three conclusions. The first is a positive one: Overall, the variability of the heroes in competitive matches has increased over the years. That means, enabling more and more heroes in Dota 2 and allowing them in Captain's Mode alongside with the continuious balancing efforts has had an impact. And this impact wasn't even that small.

However, and that brings me to the second conclusion: As long as there heroes from a hero pool as big as a parking lot that get picked in about every second game, we're not done yet with balancing. Vengeful Spirit has so far been too successful in the current patch. She is picked too often and gets away with too many wins by doing so. 6.81 was much better in this case: Mirana at that time was the only hero that was picked in more than a third of all games and no hero really peaked out of the big hero bubble, neither in positive nor in the negative manner.

The third conclusion concerns the drafters. Although only four out of ten heroes in general are supporters, they always end up being the most unequally distributed hero category. With a well-drafted unusual support combination, you might catch your opponent off guard more often. At the same time, the lower success rate of rarely drafted heroes could just be a coincidence of a lack of training with the strategy in a competitive atmosphere or the hero itself. Maybe it could be better to train the unusual strategies and drafts in the next three years or ten patches rather than always going with the mainstream. More variability also means reduced predictability and that makes the opponent drafter's life much, much harder.