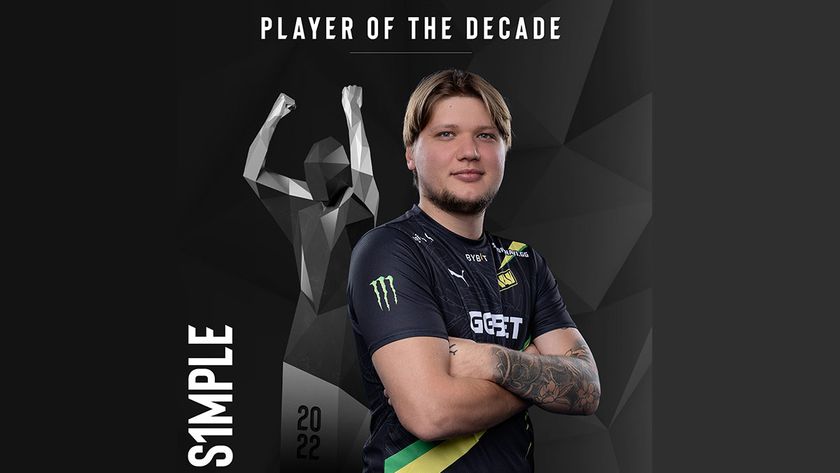 The past decade saw him excel as one of the best players in CS:GO.

ESL has just awarded s1mple with a new award during the recent IEM Rio Major 2022. The Counter-Strike: Global Offensive (CS:GO) Player awards cycle is a new award designed to honour CS:GO players and teams that have played in the past decade. The first-ever award in the cycle was awarded to Oleksandr "s1mple" Kostyliev. He received the Esports Player of the Decade for his performance in the last decade.

The top thirteen CS:GO players were considered for the award, where analysts, historians, and pros alike voted to select who would receive the Player of the Decade award. S1mple was voted the best, in the same pool where names like Nicolai "dev1ce" Reedtz, Patrik "f0rest" Lindberg, Finn "karrigan" Andersen, Gabriel "FalleN" Toledo, and Marcelo "coldzera" David are included.

S1mple first played when he was sixteen and saw his first break with a victory over Fnatic at DreamHack Winter. Since then he has become one of the most talked about players in the community, and in 2016, he signed on to be with the team that has been synonymous with his name ever since – Natus Vincere.

While the team did not make it to the Grand Finals for Rio Major, this win by s1mple has given them a reason to be satisfied with their performance so far.

Commencing in 2023, ESL Gaming will hold the annual CS:GO Player Awards ceremony at IEM Katowice in the following categories:

Winners of each category will be chosen by the 100 top CS:GO players in the ESL world ranking. They will cast their votes for the players who in their eyes are the most deserving nominees to claim the respective titles. The award ceremony will take place on stage in front of a live audience in the Spodek Arena in Katowice, Poland.

Do you agree with this award?