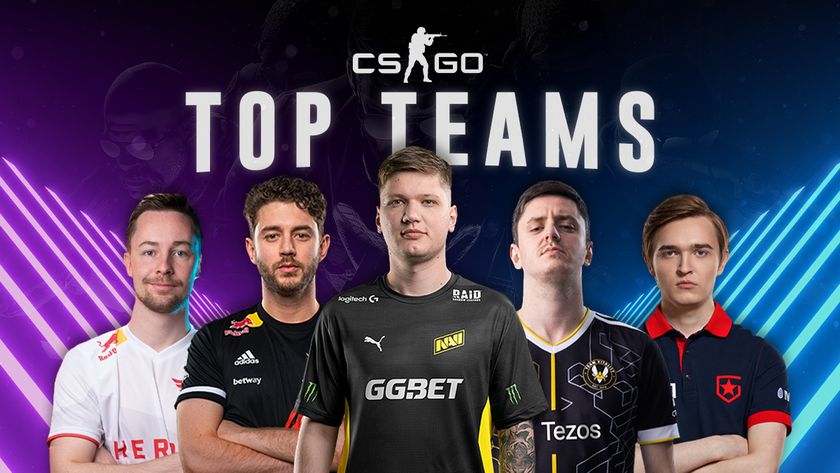 These five teams have made it on the world stage to be the best of the best in the CS:GO scene

A bit over a month into 2022, and the teams are now preparing themselves for the upcoming season, where the grind for points will start all over again. In the course of the 2021 season, however, some of the teams showcased their talents and hard work as they placed themselves in the upper echelon of the sport.

Culminating at the Stockholm Majors, the teams listed below showed how they are at the top of their game with their panache and style. As the teams saw the return of offline events, and the Major after a two-year hiatus, they worked their behinds off to prove that they are the best of the best, and their accolades and trophies are just proof that justifies their position in the community.

The following teams are the top five teams of 2021 (as of publishing date), according to the ranking of HLTV.org.

There is nothing much left to be said of Natus Vincere, more famously known as Na’Vi. Their 2021 run was chock full of wins – befitting the meaning of their name, which is ‘born to win’ in Latin. The team, led by Kiril ‘Boombl4’ Mikhaylov, has been on the lips of many CS:GO fans last year as they made their best-ever run as a team.

In 2021, the team won six different tournaments, amongst which is the Stockholm Major – the first offline Major held for CS:GO in over two years. Out of the six, three were won without the team dropping a single map – which includes the Major. The team cumulatively collected a bounty of around $4.2 million in 2021, which includes the $1 million from winning the Major and $1 million for winning the Intel Grand Slam for 2021.

The team consists of Kiril "Boombl4" Mikhaylov as the IGL, MVP of the year Oleksandr "s1mple" Kostyliev, Denis "electroNic" Sharipov, Ilya "Perfecto" Zalutskiy and rookie of the year Valerii "b1t" Vakhovskyi. With 30+ years of collective experience, the team have shown that they have the firepower, and the will to push and be the top tier team that they are.

Gambit Esports is a team that fans have been following for many years, and in 2020, promoted their Gambit Youngster academy team to the mainline level. Since then, the team has coalesced nicely and proven themselves time and time again that they are a force to be reckoned with.

Last year, they won three major tournament titles, as well as placing third at Major Stockholm, behind Na’Vi. They even managed to upstage Na’Vi at the BLAST Premier: Spring Finals where they won ahead of the CIS team. With nearly $1.4 million in their name, Gambit have made quite a good nest for themselves.

Leading the team is Vladislav "nafany" Gorshkov and he is joined by Dmitry "sh1ro" Sokolov, Timofey "interz" Yakushin, Sergey "Ax1Le" Rykhtorov and Abai "HObbit" Hasenov, making up the core of the successful team, which one of the few teams that saw minimal movements in the team composition.

The team from Germany rounded up the top three teams in the world last year. While their run was not as prominent as Na’Vi’s, the team pushed forward with NiKo at the helm. Their run in 2021 was not the team’s best run, however, their only big win was the BLAST Premier: Spring Showdown in April. They did however grab the runner up at the Stockholm Major, behind Na’Vi. It is safe to say that they could have grabbed the trophy if Na’Vi was absent at the Majors.

G2 is helmed by Nikola "NiKo" Kovač in 2021, with Audric "JACKZ" Jug, Nemanja "huNter-" Kovač, François "AMANEK" Delaunay, Nemanja "nexa" Isaković completing the lineup. They were coached by Damien "maLeK" Marcel. As of right now, the team has almost $750,000 in their names for winning various tournaments in 2021.

Team Vitality started weak in the early part of the year but found a second wind in the second half. The team was in the bottom half of the standings in early 2021 events but rose to be in the middle of the pack, and even the top three in tournaments by the end of the year, with their biggest win being Intel Extreme Masters XVI – Winter, where they won against Ninjas in Pyjamas.

Like G2, Team Vitality only saw big improvements in the second half of the year, with their biggest win being the Intel Extreme Masters XVI – Winter. Before July, they have been languishing in the 7th and below spots in the tournaments they entered. As of the end of last year, they have accrued nearly $600,000 in winnings from 2021 tournaments.

Team Heroic rounds up the top five CS: GO teams right now. They have successfully beaten Astralis to become ‘the’ team from Denmark, and their journey through 2021 is also very, well, Heroic.

Their wins and losses are the total opposite of their home country’s landscape (i.e. flat) – as in they saw many peaks and valleys throughout the year of 2021. They managed to grab a few titles – notably winning the ESL Pro League 13 and BLAST Premier: Fall Showdown 2021, but at the same time they did see many low ranks in the standings in events like IEM Extreme Masters XVI – Winter and IEM Extreme Masters XVI – Fall: Europe. Even so, they have the potential to shine brighter in 2022 if they bring along their momentum with them in the new season.

As we enter the new CS:GO season for 2022, there are some teams to look out for as they either continue their reign from 2021 and/or are rising stars in the scene. In no particular order:

Most of these team have just made roster changes as part of their 2022 strategy and with big names such as RUSH, aleksib and autimatic moving teams, we might just see a different dynamic happening in the CS:GO scene for the upcoming year.

CSGO Shuffles: jks to stand in for ropz at IEM Katowice