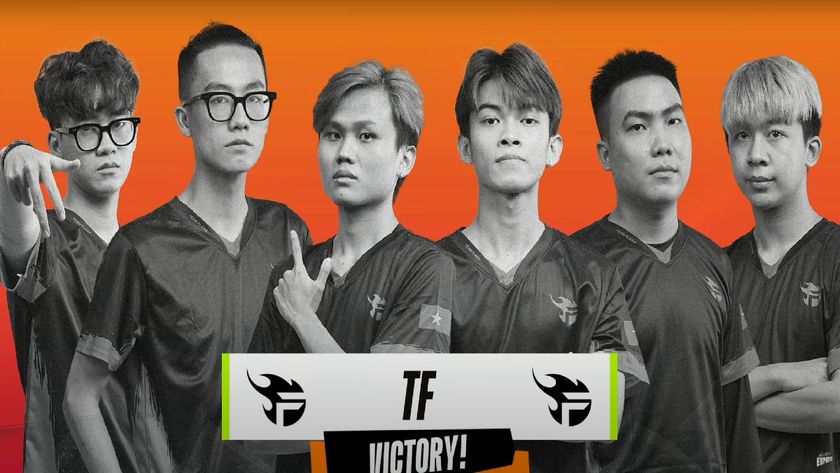 One series remained at the WCS SEA 2022 Playoffs – a best-of-seven grand final between Team Flash and Flash Wolves.

After a gruelling few weeks of epic Wild Rift action from the best teams in the Southeast Asia region, we were finally at the end of the journey, as a rematch of the upper bracket finals would be what we would see in the grand finals. Team Flash, the Vietnamese squad that had not dropped a single series since March this year, would be facing off against Flash Wolves, the Taiwanese Masters team that were looking to end their opponent’s unstoppable streak.

In October of 2021, Team Flash definitely did not seem as though they were a team that would ever make it to the top, constantly finishing tournaments below the podium – or being knocked out extremely early in the case of the SEA Championships. However, by December, the team were already starting to show signs of life, finishing in second place at the Asia Wild Rift Legends event. This year saw the roster dominate the Champions Southeast Asia 2022 – Vietnam tournament, dropping only two games on their road to the WCS SEA 2022 Finals.

Today showed exactly why the team are almost entirely unbeatable, as even when going up against an opponent such as Flash Wolves, who are the Kings of the Masters Division, and constantly dominating the Taiwan region, Team Flash can outplay anyone. From game one, the Vietnamese squad absolutely dominated, with Coyote starting of the series with another Quadra-kill, this time spinning his way to victory with a Garen.

Zysu, the Team Flash Jungler, was gifted an Olaf in the three opening games, leaving him to absolutely destroy FW whenever the opportunity arose. This included blind Dragon steals with Undertow, double kills, and setting up multiple opportunities for his team to come out on top. One of the most telling drafts came in game two, where a barrage of crowd-control from Team Flash left Flash Wolves to pick up the pieces – something they did not manage to do.

While the Olaf was finally banned away in game four, it was far too little far too late, as Team Flash blasted through the Taiwanese roster, with Zysu manning the Kha’Zix instead. In a Flash, it was all over, as the series was a completely one-sided 4-0 sweep.

Unfortunately for Flash Wolves, they were on the losing side today, after a hard-fought tournament, they could not withstand the bombardment coming at them. Team Flash, on the other hand, have proven that Vietnam may actually be the best region in SEA when it comes to Wild Rift, following in the footsteps of SBTC Esports who were victorious at the SEA Championships 2021. For now, the teams will get a break, but in just over a month, they will return as they look to conquer the world at the Icons Global Championships.

Will Team Flash continue to dominate at the Icons Global Championship?