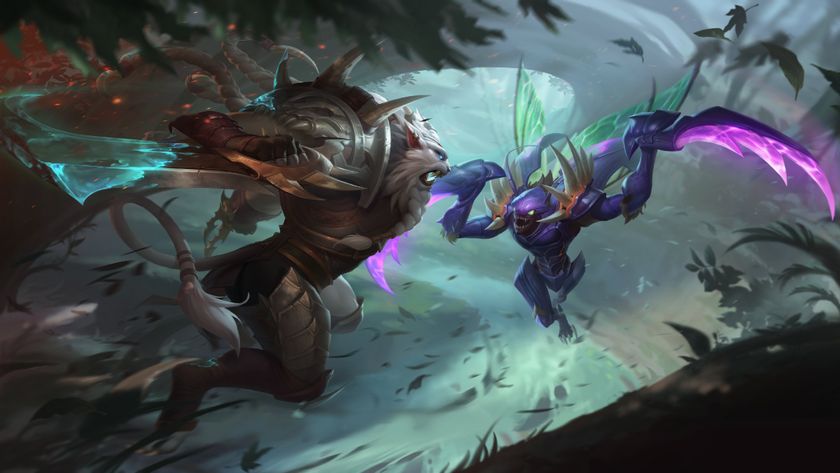 With the Play-Ins over, it was time for the main event of the WCS SEA Finals to get underway, as the eight teams were set for some epic Wild Rift action.

Today saw the knockout stage of the Champions Southeast Asia 2002 – Finals kicking off, as four teams would begin their journey in hopes of taking the tournament spoils and reaching the Icons Global Championship. Rex Regum Qeon, Persis Esports, Flash Wolves, and CERBERUS Esports were the teams on show today, but thankfully no eliminations would be seen right away – as teams developed a meta to push forward.

A clean sweep to kick off

RRQ were definitely one of the absolute favourites to take the championship title at the WCS SEA Finals, and today they would begin their journey as they faced Persis Esports. Two series victories is all that was needed to reach Icons, but a loss would mean an early lower bracket run required. Marky, the Dragon Lane player from RRQ was at the forefront of the first game – but we saw all of RRQ dominate throughout the series.

Known as the King of Kings for a reason, RRQ swiftly dispatched PSO in the series, never really struggling as they claimed objectives and kills alike, leaving PSO without a hope of comeback. With a 3-0 clean sweep, RRQ secured their spot in the upper bracket for the next round, while Persis Esports would need to go back to the drawing board in hopes of surviving the event on the brink of elimination.

The Masters of the Hunt came out in the first game of the second series, with Rengar and Kha’Zix doing battle on the Rift. It was an extremely high-paced game, with both teams looking to take big fights around the Dragon and Baron objectives. When the dust settled, it was CES who were left standing as the winners of game one. The series retained its extremely fast pace, with neither team wanting to back down – but it was CES that continued to pull out ahead.

FW finally seemed to find their stride as the series moved on, quelling the aggression from CES and answering with their own brand of judgement when the time was right. The next two games saw CES struggle to find their way into the FW backline, as the Taiwanese squad made their way back into the series – with a brutal 30-minute game four. The final game of the series was a harsh series end for CES, who threw everything they had at their opponents, but to no avail. In the end, FW would complete the reverse sweep, sending CERBERUS Esports into the lower bracket.

With that, the first day of the WCS SEA Playoffs comes to a close, as we now look ahead to more upper bracket action tomorrow. Day 2 should be rather interesting, with Buriram United having to bring in an emergency substitute due to COVID complications. You can catch all the action from the WCS SEA Finals on the Official Wild Rift Esports YouTube channel below.

Can RRQ continue to dominate throughout the WCS SEA Playoffs?

Definitely
Thank you for voting!
No, someone will stop them
Thank you for voting!
Jarrad “Belandrial” Adams
Belandrial has spent most of his years following Dota 2 closely, but now has found a new home in the complex world of Mobile Esports. When not watching nearly every possible esports title available, you can find me running around Azeroth or building strange bases in Valheim.
Share Tweet
0 people reacted to this post