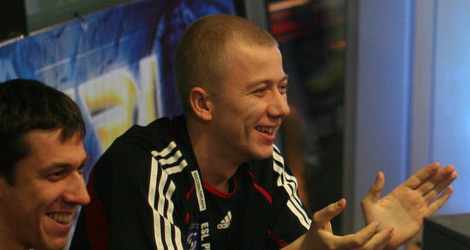 WICKED eSports re-enters the Warcraft 3 stage, this time with a bolstered lineup with the European star duo Yoan 'ToD' Merlo and Mykhaylo 'HoT' Novopashyn as well as the remains of TosserTrade. 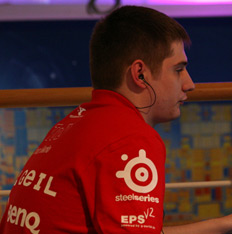 Photo by: Julia Christophers/ESL
“
I didn't practice much at all and was about to announce my retirement” - ToD
After the sudden parting with LucifroN and his brethren in late 2008, WICKED today announced their Warcraft rebirth with signing Yoan 'ToD' Merlo and Mykhaylo 'HoT' Novopashyn who both have been trying to ensure a future progaming career ever since Gravitas Gaming shut its doors.

In the official announcement on the site, ToD reveals that he was close to bidding farewell to the progaming scene.

"Lately, I didn't practice much at all and was about to announce my retirement," said the Frenchman but changed his mind when "WICKED made me an offer to teamup with HoT again and give Warcraft another run."

The former Extreme Masters champion and multiple top 3 runner in the most prestigious tournaments says in an interview with readmore.eu he made sacrifices regarding his salary demands. "I do earn enough to make a living out of it, but not as comfortably as before," says ToD. 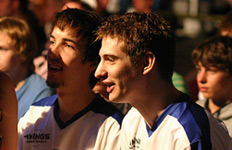 Aside from the newly acquired star studdered duo, WICKED also bought themselves into the WC3L and NGL after lifting over the remains of former EYE Sports. The team now holds six players, where we find Yuri "Sting" Pomadov and Nikita "nicker" Pomadov as well as their team mates Pavel "Revolver" Belov and Shahriar "Demigod" Shaki.

"Sting is an excellent player and so is Nicker, I see their presence in the team as a good thing," commented ToD about his newfound team mates.