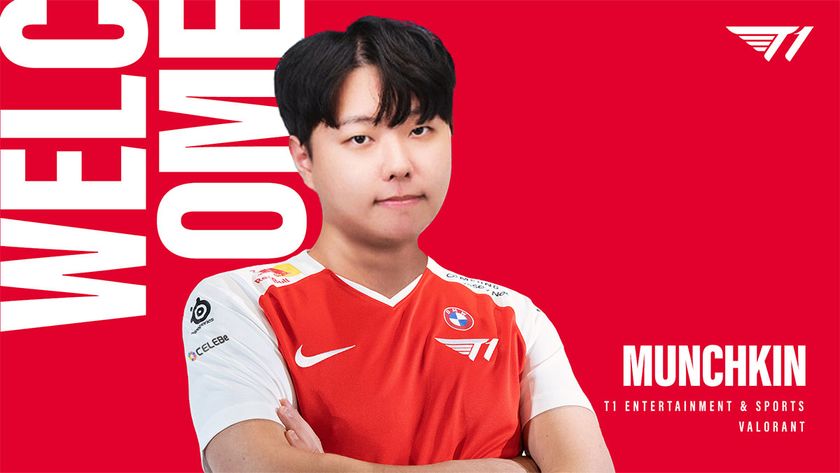 The signing is part of the team’s roster shakeup for the current season.

While most teams are currently playing in the regional Stage 2 Challengers to qualify for Masters Copenhagen, some teams are starting their planning for the Last Chance Qualifiers, the, well, last chance for teams playing to qualify for Champions Istanbul at the end of the year.

To that extent, T1 is implementing several changes to their VALORANT roster on the back of their non-participation in the current Stage 2 qualifiers. They have announced that they are signing

The signing is big for the team, as they need to bolster their ranks as LCQ comes around the corner in a few months.

Munchkin was previously with Cloud9 Korea, and then with Crazy Raccoon for the past year but has yet to make any big splashes in the scene. Raccoon’s best placing was 11th at Masters Berlin 2021 with him on board – saying that, Munchkin has been with the team as they qualified for Masters Reykjavik, Masters Berlin, and Champions Berlin so he can help bring the team to higher levels at least.

Seon-ho “xeta” Son and Autumn from Cloud9 as their new head coach, while at the same time, swapping

Rahul “curry” Nemani to the other team. Munchkin will be training with the team to prepare themselves for LCQ, which is set to play in August.

Do you feel Munchkin will work better with T1 for LCQ?

Yes, of course
Thank you for voting!
Not so much
Thank you for voting!
Sharil “memeranglaut” Abdul Rahman
He dabbles in Esports, checking out what's new and hip with the industry. Outside of Esports and gaming, he likes Japan. Ijou. Check him out at @SharilGosu
Share Tweet
2 people reacted to this post