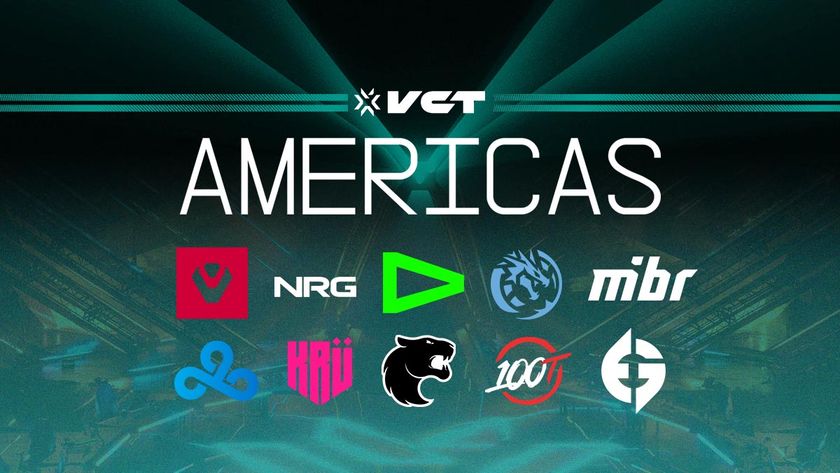 Ten teams are ready to rumble in the 2023 VALORANT Champions Tour Americas League.

At long last, the full list for the Americas League is complete. Ten partnered teams will be playing with complete rosters come 2023, with the first part of the season kicking off in February in Sao Paolo, Brazil.

The ten teams represent the best from the Americas, including North, Central, and South. Five teams are from North America and the rest are from South America.

The new Sentinels roster consists of:

The Sentinels had a mediocre year in 2022. They did not qualify for either Masters or the Champions in Istanbul. This was a far cry when compared to 2021 as the team was one of the tops in the world, with a win at Masters Reykjavik, and also in the top ten teams at Champions 2021. In fact, there was no major event in North America without Sentinels coming out ahead.

The new roster for 2023 is hoped to break the logjam of this year. The inclusion of both Sacy and pANcada, who are arguably the lynchpins of LOUD winning the Champions 2022 against OpTic Gaming was a major coup, and it is hoped that they can inject the organization with the needed zing to turn around their luck next year.

Asuna is the only remaining member from the original roster set up in 2020. The rest came in in the transfer window after Champions 2022. Cryocell is the big name in the roster - he was part of XSET’s team that got themselves to Masters Copenhagen and subsequently, Champions Istanbul 2022.

Otherwise, the roster has been the same as the team that saw themselves winning the North America Last Chance Qualifiers, and later placing 9th-12th at Champions Istanbul. Perhaps with Cryocell, that last placement at Champions can be bumped up a couple of notches.

The organization’s new roster for 2023 is:

Cloud9 did away with half of their team and took in three new members to make their roster a 6-man team. Zellsis came in via Version1, where he was inactive for the past month or so before moving to Cloud9. The bigger coup was getting yay on board the team. Yay was part of the roster that brought OpTic Gaming all the way to the grand final at Champions Istanbul. His knowledge will definitely help the team as they face 2023.

Three of the members that took OpTic Gaming to the grand finale at Champions Istanbul are now with NRG. Victor, Chet, and FNS will be guiding the team as they go through the Americas League in 2023. They are joined by ardiis, who is also another big star when he was playing with FunPlus Phoenix. His roster won Masters Reykjavik and got fourth at Champions Istanbul.

The new kid on the block is thwifo. Hailing from T1, he previously played with XSET where with both teams, he helped them to win several C-tier titles. He was also with XSET when they played the NA Masters in 2021 so he has some experience with major-level events for VALORANT.

The new roster for EG is:

Evil Geniuses have the biggest roster in NA right now, with seven members in their lineup. The biggest name that they have on their team right now is BcJ, who was part of the XSET team that played at Champions Istanbul. As a team, EG was middling in 2022, so the new roster is expected to shake up the organization internally and deliver some results in the upcoming VCT 2023 season.

FURIA did not radically alter their roster from 2022 going into 2023. The sole young blood of the team is Mwzera, previously of Keyd Stars. While their performance in 2022 has been lackluster, to say the least, they have been one of the top LATAM teams to play VALORANT in recent years. The organisation has been representing South America for the last two years running at Champions. If the pattern holds, we will see them in the 2023 version of Champions, again repping for South America. It is just hoped that they will go on to the top 8 teams this year, rather than languishing at the bottom of the table.

Coming in hot, the roster now consists of:

As one of the youngest teams around (the team organized itself in February this year), LOUD has been making a lot of noise. Not only did the team play in two Masters – Reykjavik and Copenhagen – in their first year of playing VALORANT, but they also came as runner-up in Iceland. Furthermore, LOUD was the winner at the second Champions ever of VCT. It was no surprise that key players were asked for by other teams. LOUD lost pANcada and Sacy to Sentinels; however, the other members that were at Istanbul are still in the team, ready to face VCT 2023 head-on. Will we see the same level of consistent winning from these lads from Brazil? We shall wait and see.

The new roster for MIBR consists of:

MIBR overhauled their roster after half of its original roster took a step back for new offers. The team quickly took on players from Keyd Stars to complement the team for 2023. Another young team, 2022 was a middling year for the organization. After being chosen for partnership, the team’s new roster is raring to go, to face VCT 2023 head-on.

The members of the squad now include:

The team at KRÜ Esports represents the best of LATAM, as they have members from different countries that make up South America. As a team, KRÜ is a dominant name in the South American VALORANT scene, with them placing at the top in the various LATAM Challengers in the past two years. Unfortunately, the team’s international showing does not reflect their regional performance. It is hoping with the new team, their luck will turn around.

Leviatán presents the following roster for 2023:

Historically, Leviatán has been in the middle of the pack in terms of wins for South America. 2022 however was a watershed year, when the team qualified for both Masters Copenhagen and Champions Istanbul. They even managed to place in the top eight for both tournaments. The addition of Nozwerr, Mazino and Keznit – all three with Champions experience – will add to the team as they face VCT 2023.

Was there any surprises from the Americas League roster?

Made in Thailand wins the AfreecaTV VALORANT SEA Invitational

VALORANT Patch 5.12 reveals changes for most agents in the game