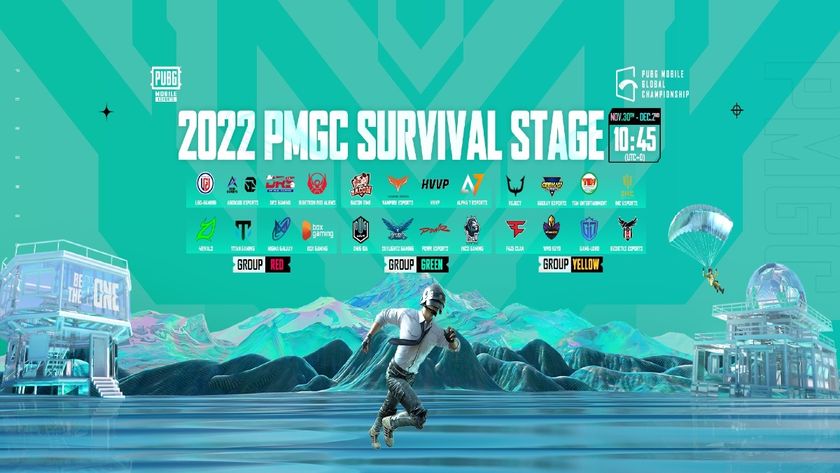 Twenty-four teams enter the PMGC 2022 Survival Stage, but only sixteen will make it out to fight for a chance at reaching the Grand Finals.

With the next stage of the PUBG Mobile Global Championship 2022 about to kick off – the Survival Stage, the teams will be patiently awaiting their shot at reaching the event’s Grand Finals. After an intense battle through the Group Stage over the past few weeks, where nine teams were able to secure their spot in the finals, while fifteen saw their tournament come to an end, the Survival Stage is set to be even more gruelling for the remaining squads.

With the twenty-four teams split into three groups, much like during the Group Stage, there will be a plethora of PUBG action coming our way as every squad goes in hunt of their Chicken Dinners. The group breakdown for the PMGC 2022 Survival Stage is as follows:

As it is dubbed the “Survival” Stage, there is obviously some element of survival, as not all these teams will get a chance to reach the Last Chance Qualifier – the final chance to reach the main event. While the top sixteen will advance, the bottom eight teams following the round-robin survival stage will be eliminated. Nothing gets easier for these teams in the next round either, as only the top five will advance from the Last Chance Stage through into the Grand Finals – so tensions will be high, and everyone will be putting their best foot forward at the PMGC 2022 this week.

Is your favourite team in the Survival Stage at the PMGC 2022?