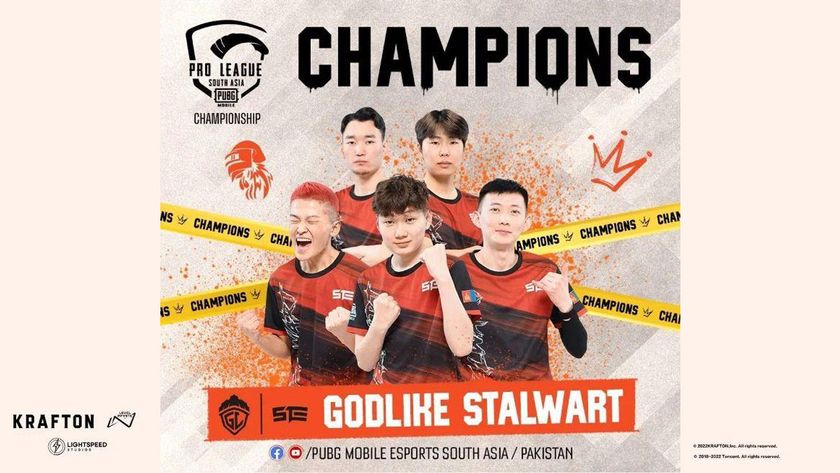 The team emerged as winners after a hard-fought tournament.

One of the giants of South Asia, Godlike Stalwart, has become the winner of the PUBG Mobile PMPL South Asia Championship Fall 2022 (say that five times fast) after topping the tables with impressive 264 points. The team came ahead of DRS Gaming who picked up 256 points.

The team played hard in the tournament, picking up four Chicken Dinners to achieve their impressive performance. While the squad has one of the most hyped rosters in the region, they have been quiet on the winning front in the past few months. With this win, however, they have regained acknowledgement from the community as they climbed to the top.

Throughout the tournament, they showed some great fervor as they raced along with DRS Gaming to clinch the title. Their four Chicken Dinner were paired with an impressive 120 eliminations. While DRS Gaming did manage to accrue more place points, Godlike's Chicken Dinners, as well as the eliminations, means that they managed to be ahead of DRS just enough to gain the top title.

Third place team Skylightz Gaming, meanwhile, traded blows with DRS Gaming but eventually they only managed to keep their third place ahead from AGONxi8 Esports. TOP from Godlike was crowned as the MVP of the tournament.

Godlike Stalwart walks away from the tournament with the title and the grand prize of $40,000. DRS Gaming and Skylightz gaming did not go home empty handed – they each received $28,000 and $18,000 respectively. All three teams plus AGONxi8 Esports all qualified for the PMGC 2022, of which the Grand Finals round is set to play in Indonesia in January 2023.

Did you think Godlike Stalwart deserved all the Chicken Dinners?