What you need to know about Overwatch

Blizzard's yet to be released class-based shooter promises to transform the FPS genre. Simply put, take everything you love about Blizzard games and make it first person.

So you have been living under a rock and haven't heard about Overwatch. I get it- let's get you caught up.

At BlizzCon 2014, this trailer was first released to a huge crowd of gamers who had no idea what was in store. Blizzard hadn't hinted at a new IP, hadn't announced a new IP and at most, people were really excited to learn more about Heroes of the Storm, the new Hearthstone expansion, Goblins vs. Gnomes, and Warlords of Draenor.

But Overwatch was revealed and it soon became the star of the show. It had everything Blizzard fans have grown to expect: rich lore, unforgettable characters, and the unmistakable talent of the Blizzard art team behind every flourish. This game widens the Blizzard universe and offers the first look at how Blizzard plans on redefining the FPS genre.

This is what we know so far:

The quick and dirty on Overwatch 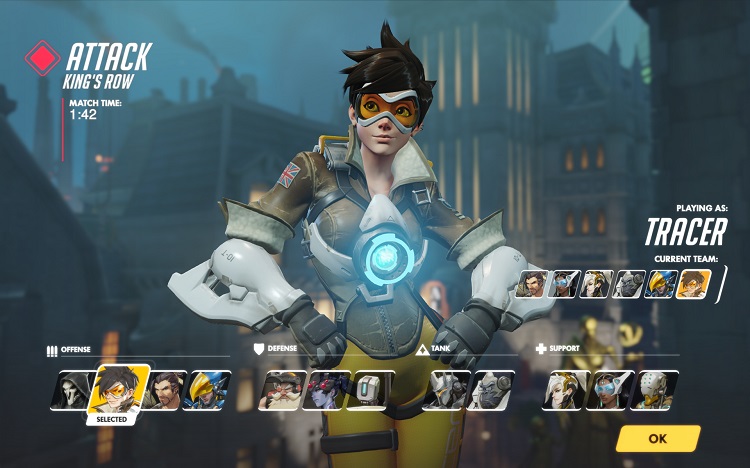 The heroes in Overwatch are really what makes the game shine. By having different class roles (and designing heroes to each excel at very specific things) Overwatch makes playing an FPS feel like more than just shooting guns. Heroes are strong individually, but the magic happens when a group of clever players start synergizing the heroe's abilities together:

Overwatch still has no confirmed release date (except for a vague indicator of 'Fall 2015'), but Blizzard fans and FPS junkies (most notably of the Team Fortress variety) can sign up for the beta here and join the rest of us in checking our inboxes every day.