Blizzcon 2015 started with a bang, announcing new content and features for all of the Blizzard IPs. What is in store for Heroes, Hearthstone and Overwatch in the near future?

A collection of all announcements from the opening ceremony at Blizzcon. We compiled the new information from Heroes of the Storm, Hearthstone and Overwatch!

Heroes of the Storm: New Heroes, Towers of Doom, and The Arena 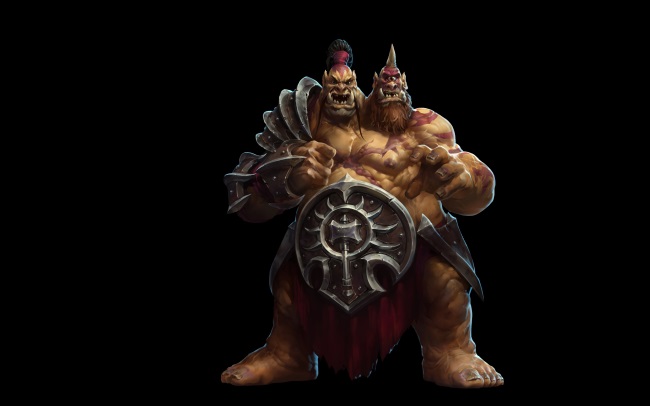 The worgen Greymane, the dryad queen Lunara, and the two-headed ogre Cho’gall are the newest heroes entering the Nexus.

Greymane, usually in human form, has the ability to transform into a worgen. Is this a basic ability, heroic ability, or a trait? We don’t know quite yet. It would be cool to have two different kits available based on form, kind of like Nidalee from League of Legends, or Hel from Smite. This would make him a very tough hero to master, as knowing which form to be in/which ability set is best for each situation is an ordeal in itself.

Lunara is a dryad - she shoots her enemies at range with her spear. While not much is known about her quite yet, she looks like a powerful assassin/specialist, having solid mobility built into her kit.

Cho’gall is certainly the most interesting announcement from Blizzcon. He is only playable by two separate players - both players will pilot him simultaneously, acting separately as each half of Cho’gall. This creates a very complicated dynamic to master. To really make the most out of this hero, you need to coordinate every action with your co-pilot.

In addition to this, Blizzard has announced they are implementing a different method of acquiring Cho’gall. He cannot be purchased with gold or money. Everyone who attends Blizzcon or purchased a virtual ticket will receive Cho’gall on their battle.net account (along with a few select others). He will be released on November 17th. To unlock Cho’gall, you must play two games co-piloting the hero with someone who owns him. This makes Cho’gall like a plague - spreading across the Nexus to everyone who can find a friend who owns him. In addition, Cho’gall owners have incentive to spread the disease. Players who own the hero and play 4 games as him will receive a “boatload of gold”. This is a really cool event that we can’t wait to see in action. 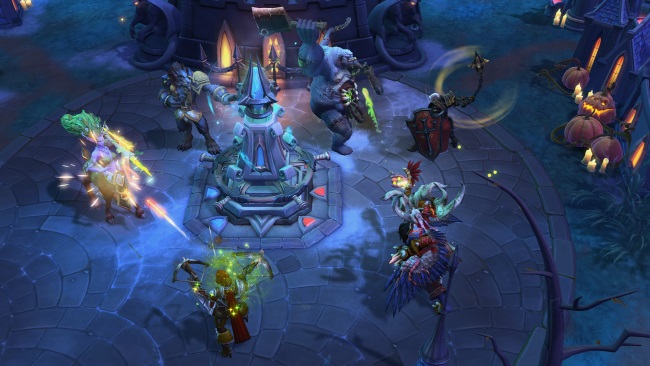 The newest battleground coming up is named Towers of Doom. This spooky battleground is a haven for life and death, housing multiple towns paramount to winning the game. The “towns”, located across the map, are the objectives to conquer. Unlike other battlegrounds, your enemy’s Core is not directly available to attack. Instead, conquering these towns will shoot missiles at your foe’s Core, Blackhearts Bay-style. This is the only way to win the game. With this new style of objective, team fighting is more essential than ever. The key to winning games on this map is map control, good rotations, and team fight prowess. We’ll learn more about this battleground and how it works later this weekend. 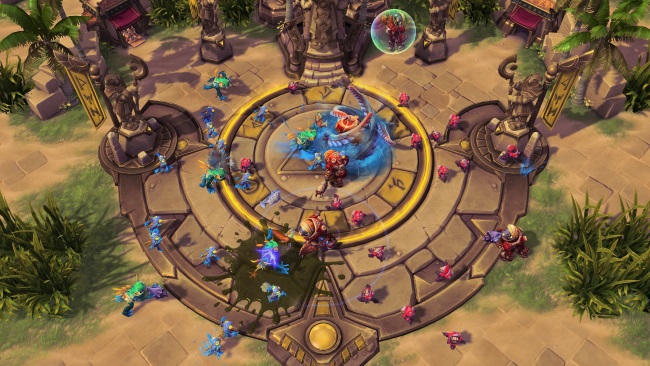 The Arena - A new gamemode!

Probably the most exciting announcement from the opening ceremony was the unveiling of a new game mode - The Arena. An interesting hybrid of ARAM and One for All from LoL, your team is given the choice of three heroes during queue. Each individual player may choose one of those three heroes to play in the game. However, you can have duplicates of heroes on your teams. This allows for some very odd team comps. 5 Illidans? 5 Murkies? 1 Raynor/4 Lt. Morales? The possibilities are endless. To make it a quicker paced game mode, Arena matches are played on smaller, more condensed versions of regular maps. However, The Arena will be coming later next year - there is going to be a ton of content between now and The Arena. 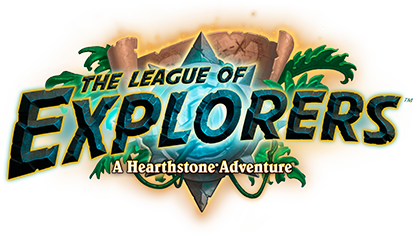 Announced for Hearthstone is the newest adventure - The League of Explorers! An Indiana Jones inspired campaign, The League of Explorers will bring you across Azeroth to discover some of the greatest treasures known and unknown. Brann Bronzebeard, Elise Starseeker, Sir Finley Mrrgglton, and Reno Jackson assemble your team, and they reward you with new cards - including themselves as legendaries!

The League of Explorers’ new keyword is Discover. When you play a card with Discover, it will give you three random cards in a specific set. You get to choose one of these cards to keep permanently. For example, a new neutral common, Jeweled Scarab, allows you to discover three 3 mana cost cards to choose from. 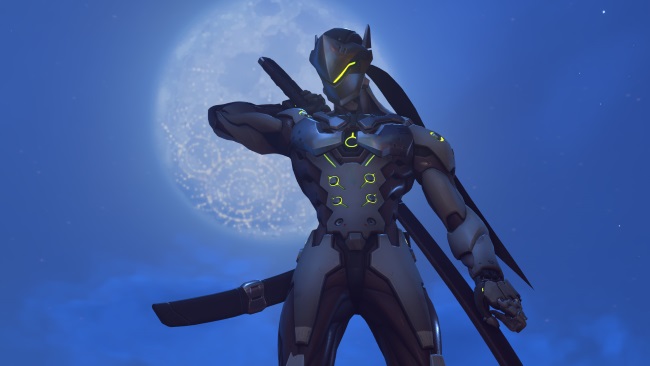 The long awaited green robot ninja has arrived, and he looks incredibly deadly. Armed to the teeth with his shurikens and dragon sword, Genji has unparalled mobility paired with deadly bleed effects and projectile redirecting sword swings. A skilled Genji will be a nightmare to play against. 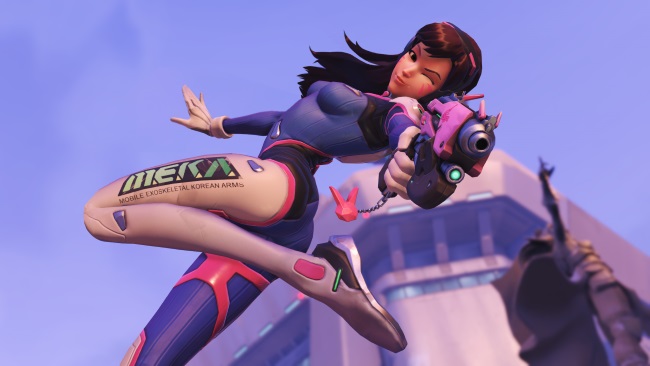 D.Va has been officially revealed as well, and she’s a tank. Yes, the tiny girl is a tank. Her ult allows her to enter a highly armored mech suit that can provide area projectile denial and has an extremely powerful thruster. She can be where she’s needed incredibly quickly, making her mech’s ult even more powerful. Oh, right. Her mech has its own ult as well. When it’s on the verge of breaking down you can activate the ukt to self destruct it and deal massive area damage. 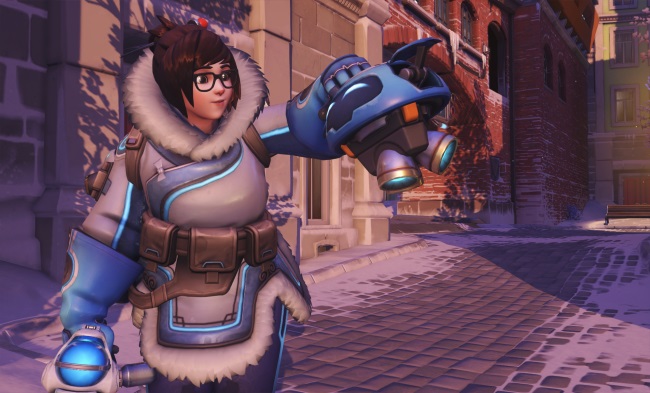 And finally, we have the girl with a heart of cold, Mei. If you hate it when your enemies are able to move around, she’s the girl for you. Her basic weapons slow the enemies to a crawl and eventually freeze them. She has an ice block that can get her out of a tricky situation, and she can summon a wall of ice to block enemy movement or provide unique pathing opportunities.

A new map, Hollywood, was also shown off, but little is known about it. The previous teasers about aliens are definitely linked to it though, as multiple movie sets including it can be seen throughout the footage.

Follow the respective sections, Heroes of the Storm / Hearthstone / Overwatch, for more information on all these and more announcements yet to come!

Everything you need to know about Cho'gall

[ALL new cards inside!] All info about The League of Explorers